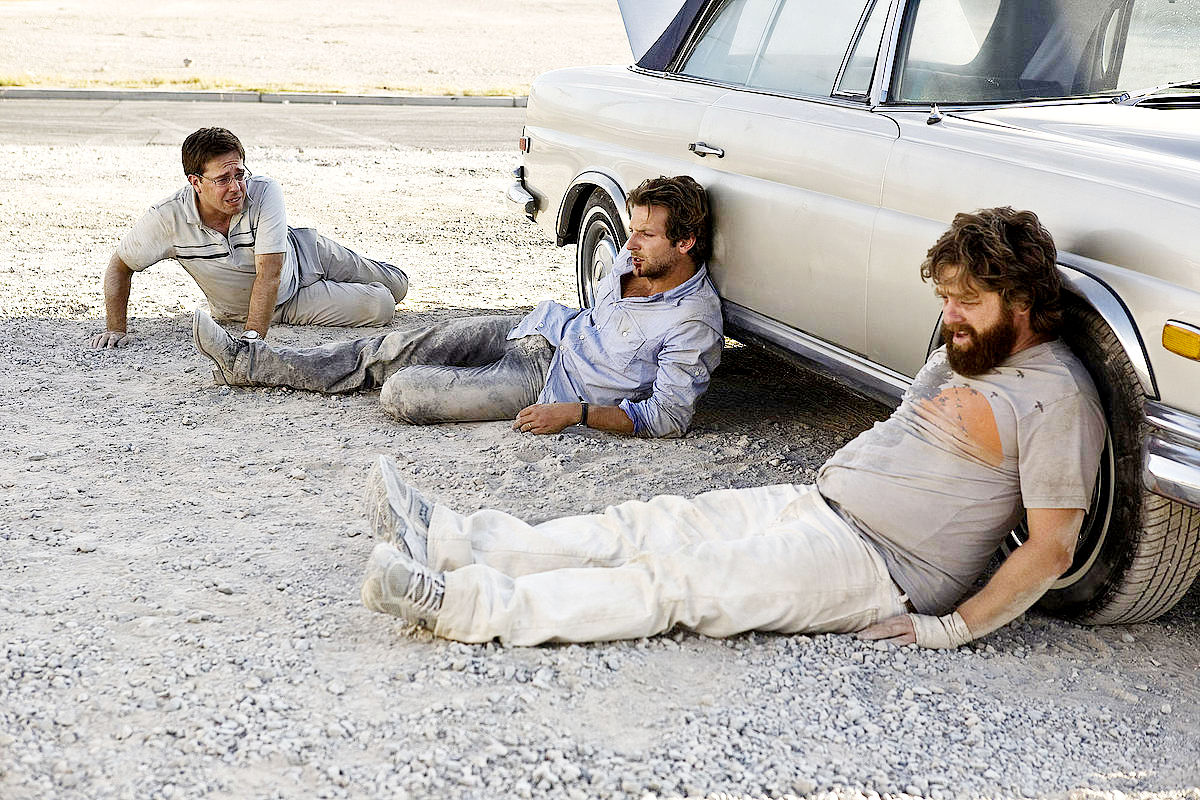 We risked it all and placed our fates in the hands of Korean pear juice, so you didn’t have to.

Hangovers have been the bane of human existence since the dawn of time. Here’s why. Picture this—you wake up—you feel as though the Rock is holding you by the head, the room is spinning, and you have the urge to vomit suddenly, although there’s nothing to vomit. All that’s left are vague memories that by the afternoon, will either turn into regrets or triumph. Even after nausea disappears like a phantom in the night, your bleeding migraine lingers as your head pleads for an Aspirin, or if you live in the US an Advil.

Good news is, this feeling won’t last forever—even if it feels as though it’s been an eternity stuck in a spinning void of doom. Our team came across some old Korean folklore. That, Korean pear juice rids flesh bags (humans) of the calamity many know as a hangover. What followed can only be labelled as self-sabotage of the highest degree. We ran a trusty Google search in the hopes of finding Korean pears, only to have a local business by the name of Bae Juice pop up on our browser. We floated the idea of a night on the booze to Bae Juice, hoping we would never have to drink Berocca again. As it turns out, Bae Juice Co-Founder Tim O’Sullivan was happy to oblige our self deprecating task of drinking alcohol only to see if Korean’s had a magical pear to prevent a hangover.

We gather you’re asking yourself, how random? Korean pears preventing hangovers? Sounds like some sales plight, right? Well, not exactly, to understand why Bae Juice may be your knight in shining armour, we need to understand how Korean pears work their magic. Korean pears have been used as a traditional prophylactic agent for alcohol. What does prophylactic mean? Here it is—a medicine or course of action used to prevent disease. In North America, the term means—condom—however, we will stick with the first definition for its relevance. It is important to note studies conducted with pears, signified Korean pears are different from that of western pears.

Ready yourself for some Bruce Banner scientific jargon. It would seem Korean pears act on the enzymes involved in alcohol metabolism, alcohol dehydrogenase and aldehyde dehydrogenase to accelerate alcohol metabolism and elimination of alcohol absorption. In plain English, consumption of Korean pear juice reduces blood acetaldehyde levels responsible for your death-defining hangover symptoms. Think headaches, nausea, the runs and all the other demonic symptoms that make us hopelessly human.

Findings indicated Korean pear juice is significantly effective at combating the ‘concentration’ effects of a hangover. We aren’t saying you can have a blinder the night before an exam or important merger meeting—it seems to take the edge off so to speak. It does mean you will be less hazy, and less seedy the next morning.

The lead professor in charge of the CSIRO research into the matter indicated, “So far the effect has been seen from consuming 220ml Korean pear juice, although consumption of whole pears may produce a similar effect.“

Back to our task at hand—while the team traded stories and opinions on whether Korean pear juice would prevent our burning migraines the next morning—we cracked open our first drink. For myself, it was a Stomping Ground sour beer sitting at 355ml with 4.2% alcohol. One of our other team members poured himself a Hibiki whiskey neat, which has a total percentage of 43%—safe to say he was a little closer to exhibiting hangover symptoms straight out of the gate.

After some more chatter about COVID, if we would all return to normality anytime soon, and what track we all would love to hear on our first night out once this is all behind us, I found myself sipping on my fourth Stomping Ground sour beer— FYI, by this time most of us were feeling a little sauced. As the night pushed into the late hours, the team had an idea to push the boundaries of this experiment. The team persuaded me to change up my choice of drink, mixing my drinks and thus testing Korean pear juice in a way that is reminiscent to a kid who crammed all his study the night before an exam. We felt whiskey would be a great choice, so whiskey it was. A further four glasses of Laphroaig whiskey, with a ball of ice in each, ensured I was in the deep end of this experiment. To cap off my consumption throughout the night, it looked a little like this.

4x Laphroaig Four Oak Whiskey with a ball of ice

It was now 12:30 am, and by this time I was almost sure my head was going to feel like a kid shaking a Kinder Surprise to see what toy was inside. Falling asleep was relatively easy—the last four whiskey drinks ensured a smooth transition from sauced to sleep.

The next morning felt very odd and twisted with a sigh of relief. While I felt a little tired, there was no headache, no hangover lethargy and no nausea. Everyone feels a hangover in different ways—it’s what makes a hangover so complicated. No person is the same—my hangover consists of a terrible headache, nausea and a sense of heaviness and hazy cognitive function. Korean pear juice, more specifically, Bae Juice eliminated most if not all of these hangover symptoms. My team rang me eager to find out how I felt, and likewise how everyone else felt. Some had a sense of dehydration, and one team member felt a little tired, but for the most part, everyone felt Bae Juice’s 100% Korean pear juice took the ‘edge’ off their respective hangover symptoms.

We understand results would vary from person to person. For instance, some of us had consumed more water throughout the day, some had eaten more or less, and some had drunk fewer than two glasses of water during the day.

So fact or fiction? Does 100% Korean pear juice prevent a hangover?

The short answer is yes! The main symptoms of a hangover you may feel after a night out don’t exist if you smash one of Bae Juice’s sachets before you drink. It’s important to note, I doubled up on this experiment, drinking the same amount of drinks the next night with my father, only this time neither of us consumed the ‘godly’ nectar provided by Koreans. We felt the sting the following morning. My headache throbbed for a few hours before I gave in and swallowed a Panadol, and my cognitive functions were non-existent until the late afternoon.

You have the following options to choose from when making an order:

Enjoy the fruits of our labor, and kiss hangovers goodbye forever.