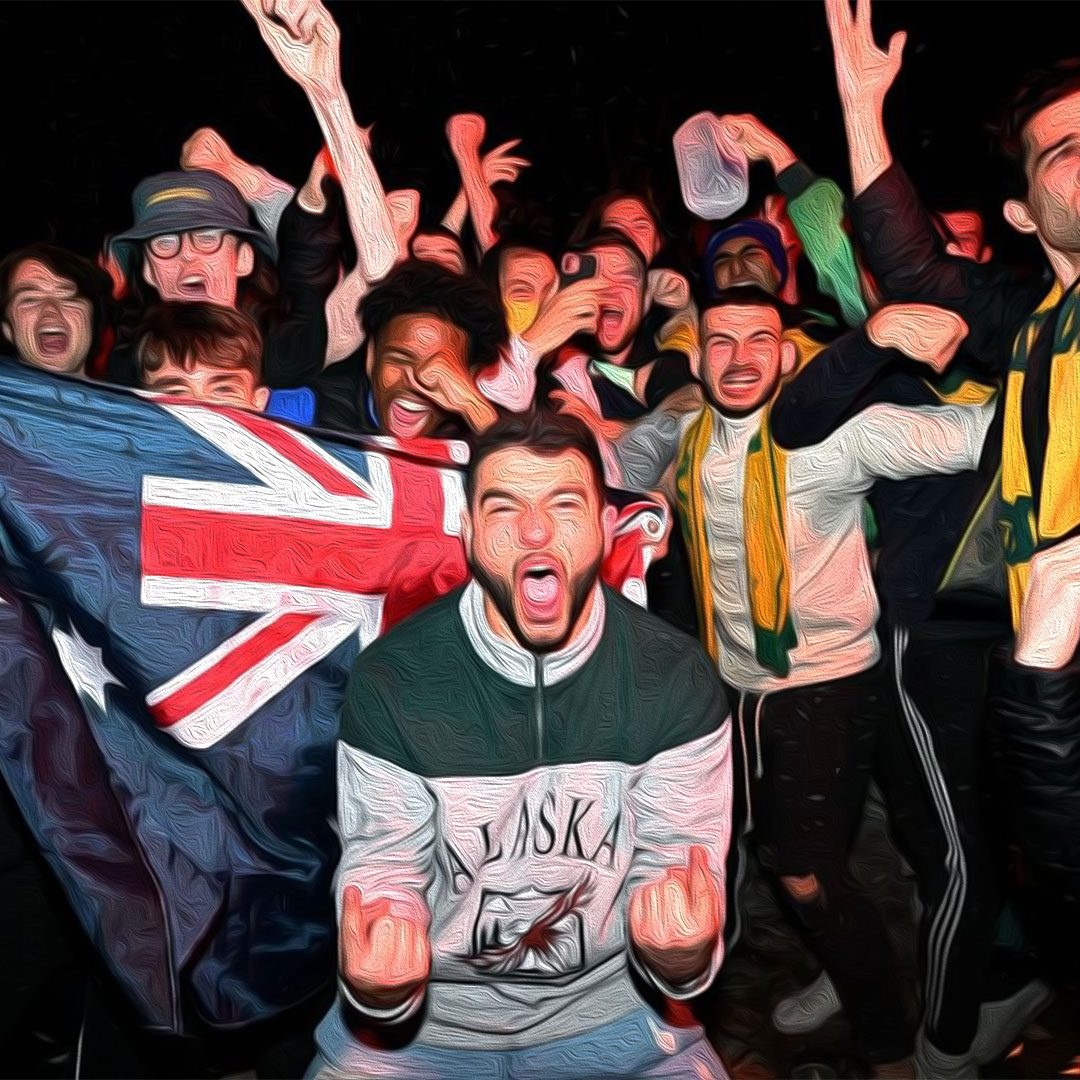 The fans have had enough, and Australia has had enough.

If you ask anyone what their favourite sport is (who isn’t an Aussie rules footy fan), the chances are their favourite sporting code is soccer, otherwise known as football. One in four Australians are born overseas, and one in two Australians has a parent who was born overseas. Further to this, more than twenty percent of Aussies speak another language other than English in their respective homes. In a nutshell…soccer is the ‘World Game’ and destroys most sporting codes from a participation rate in Australia. It is literally number one for the most participated sport in the country. Aussie rules footy doesn’t even come close.

The figures gathered by the 2022 AusPlay Survey indicate soccer is bursting at the seams, ready to claim the number one spot amongst the sporting codes in our country. The fans’ reactions to Socceroo’s latest FIFA World Cup campaign in Qatar are evidence soccer has a future here in Australia. We are just missing some key components to make the game grand.

The latest move by the A-League to move the following three Grand Finals to NSW clearly indicates that the A-League isn’t listening to the country or its fans. If we want to go further, they aren’t even asking their respective clubs what they think. Melbourne-based team and champions of the league, Western United, hadn’t even been consulted on the decision. One would hate to ask, but if you aren’t consulting with the teams within your league or the fans of your company, who are you doing this for? And what do they mean to you? The A-League hasn’t kept the Australian public interested, games have no attendance across the board, and a television screen drew more people to AAMI park than actual players. It may seem like a clever idea to move the A-League final to NSW, but if we are to have an honest conversation here, Melbourne has always been the home of soccer; it just hasn’t had the support of the Victorian government and is competing with the AFL. In fact, if we are to look at the latest sporting code funding numbers, soccer is receiving fewer dollars than almost every other sporting code. Cycling, swimming and hockey all receive more funding than the most popular sport in the country and the world. That’s right, read that again.

Soccer was dominating the headlines as the country woke up from its deep hibernation during the latest FIFA World Cup when Australia made it through the group phase of the tournament and faired well against Messi’s Argentina. Given Messi is worth more than $75 million and the whole Socceroos squad is worth just under $75 million, the lads showed the world what our country can achieve with more funding and a larger following. Crowds from Melbourne hit the player’s heartstrings, the players were playing for their reaction, and the Australian public was treating soccer like Aussie rules footy for the first time.

The reception soccer receives in Melbourne isn’t by chance. Melbourne is the mecca for diversity in Australia (not to say that Sydney isn’t diverse). It’s just clear Melbourne is the hub for soccer in Australia. For instance, Melbourne is the third largest Greek city behind Athens and Thessaloniki, meaning there are more Greek people in Melbourne than ninety per cent of their islands. The APL’s announcement to move the A-League Grand Final to NSW over the next three years has been met with a level of scrutiny that can’t be measured. Anger and frustration have hit boiling point, and the kettle is about to blow. The fans have had enough of poor decision-making when speaking about a matter of all things A-League.

You may ask, why does this matter? Well, to begin with, it matters to Australian soccer fans. A survey run by us showed 88% of the Original Ballers following watches some form of soccer, which may be the EPL or another league overseas, but they are eyeing it. When asked who watches the A-League, eyes fell to 17%. A catastrophic drop, one that reflects there is an issue surrounding the A-League. We know there isn’t enough funding, and we know the AFL has tried to block the growth of soccer at every turn, and now we understand the APL’s leadership keeps losing fans due to their inability to listen to their fans. According to a simple Google search, over 3.6 million Australians support an A-League club, which is up a total of one million from the year previously (around a 38% increase).

At a glance, other sporting codes around the world manage to attract consistent fans to games. The EPL reaches, on average, around thirty-eight thousand people, while the Bundesliga’s average attendance sits at around forty-three thousand, and American Football, the NFL, daw the largest crowd on average, sitting just above sixty-seven thousand each week.

The A-League has the capacity to draw a consistent crowd. However, it involves listening to its fans, speaking to members of government and growing the league with proper marketing tools and a sustainable television rights deal, but for now, lets start with listening to fans.