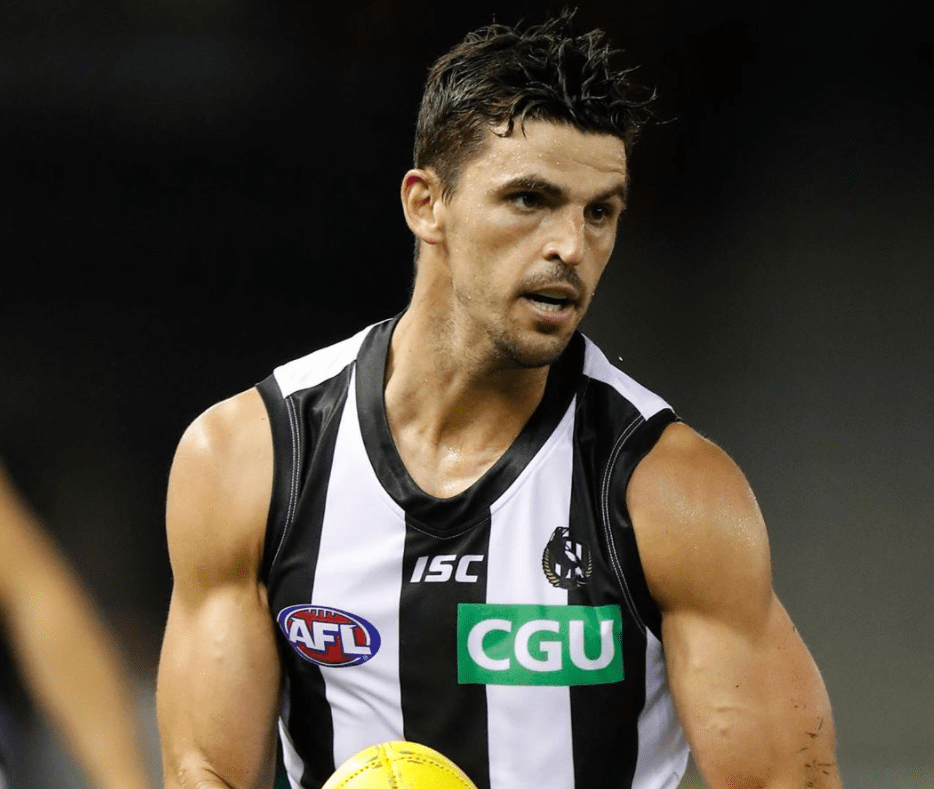 The future is bright for the Collingwood skipper.

When we reference some of the best players of the last decade, Scott Pendlebury, among others, make a concise and illustrious list. You can hear Bruce McAvaney screaming “Jee he’s good, isn’t he?” as Scott Pendlebury streams through a crowded centre of the MCG.

Every player has one—the one person you want to have the ball in crucial moments. For Carlton, it’s Patrick Cripps, for Fremantle it’s Nat Fyfe, and for the Pies, it’s Scott Pendlebury.

Aside from football, Scott is a family man. Between Scott and his partner Alex Pendlebury, they make quite a team. As a nutritionist, Alex plays a vital role, not just as a mother but as a team member in Scott’s preparation and condition as a player. With two children, isolation hasn’t been a problem for Scott and Alex. A home gym and time with the family is precisely what the skipper enjoys.

For the uninitiated, Scott’s achievements are nothing short of amazing.

As far as a resume is concerned, Scott’s looks a little like this:

The list goes on and on. And while the Collingwood skipper and the rest of the AFL head into uncertain times due to Covid-19 he has witnessed much as a captain and a player.

We sat down with Scott and had a chat about everything from The Last Dance documentary about Michael Jordan and the Chicago Bulls to the experience of playing in an empty MCG.

When asked if the skipper had taken anything away from Jordan’s leadership of the Chicago Bulls, the Collingwood captain seemed more interested in Phil Jackson, the head coach of the Bulls. Why? Because the Collingwood star has plans to coach in the future,

“After footy, I want to get into coaching.”

And why wouldn’t he? He reads the game like no one else, he’s played under two coaches and experienced a tumultuous transition between both. We have to be precise—there’s no intent to take anyone’s position, the skipper talks of his desire to win a flag with the Pies still.

Before the AFL shut shop due to Covid-19, the first round of football was played to an empty Marvel Stadium and a hauntingly empty MCG.

The Collingwood skipper stated, “it’s funny, it was one of the weirdest nights of my career but one of the most enjoyable nights as well.”

You can listen to the whole podcast here.