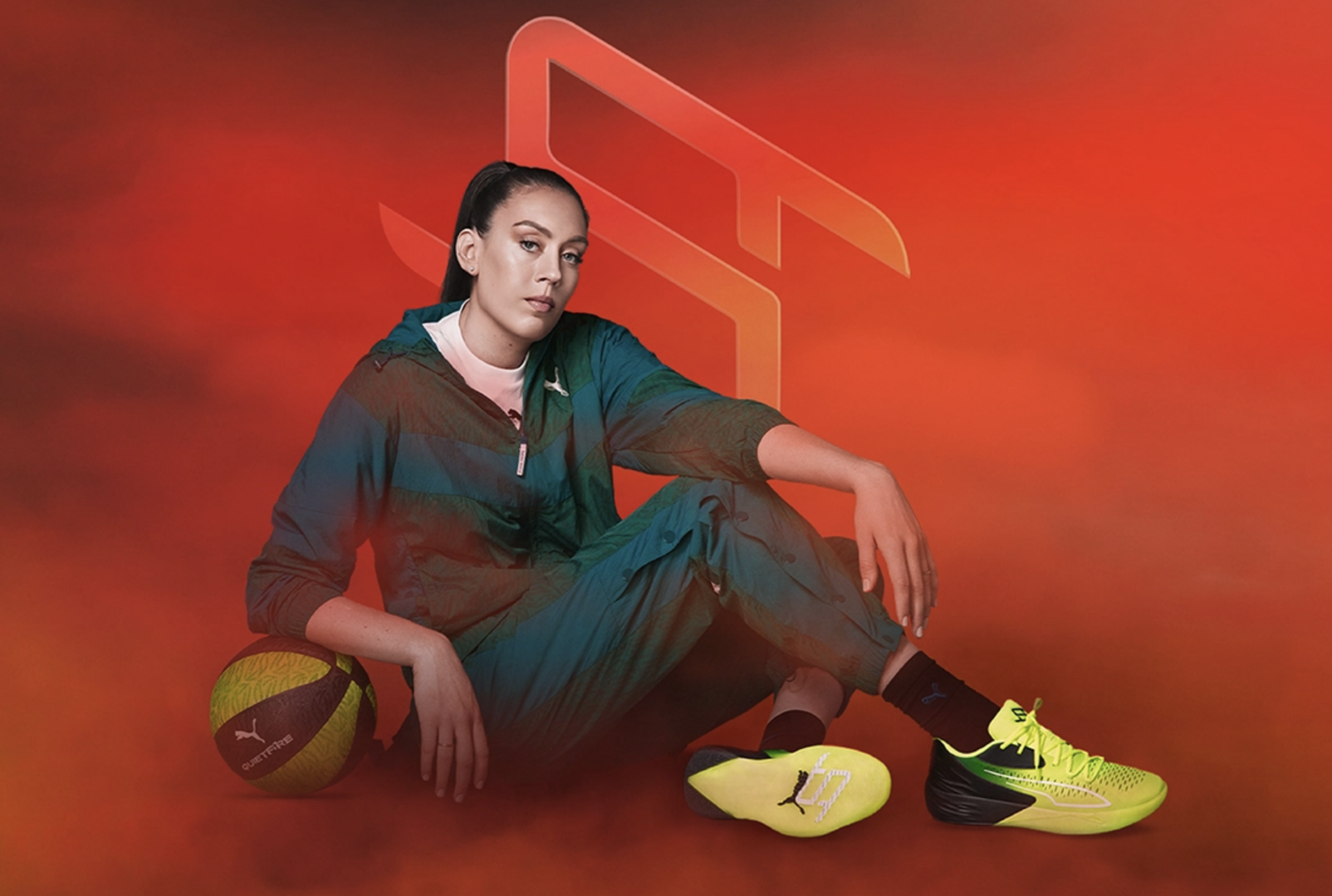 Ten years is a long time between drinks.

Puma has put an end to the untimely drought by introducing WNBA superstar Breanna Stewart’s signature sneaker: the PUMA Stewie 1. Hailed as one of the greatest ever to shoot a basketball, and having captained the USA team at this year’s unforgettable FIBA Women’s World Cup—Stewart led her team of stars to ultimate glory, bringing the World Cup Championship to the US after downing China in the final. Stewart marks a significant step for both Puma and women worldwide. As a collective, we aren’t at the point where men will go ten years without a sneaker deal or a sneaker collab. It just wouldn’t happen. For females, the ever-growing following of sports and, more specifically, basketball at a grassroots level can be compared to that of a scorching cauldron reaching boiling point. Their voices deafening, the heat is unavoidable, and the rise of female talent can no longer be ignored. Perhaps this is why Puma and Stewart’s collab arrives at this very moment, like the turn of a tide, a signature sneaker soaked in MVP greatness paves the way for not only athletes but other brands.

The Puma sneaker designed by Stewart is made for the main stage. It’s Madison Square Garden, Friday night lights, and the squeaking sound of rubber against the wood. Its neon green hue, breathable mesh and black leather panels guarantee those who purchase the sneaker will do so knowing it’s worthy of an MVP performance, both on and off the court. A North-Star-inspired design acknowledges Stewart’s routes (her high school team), while Puma’s signature NITRO foam cushioning respects craftswomanship in all its glory.

The Seattle Storm breaker and superstar wields more than Thor’s hammer. With a resume like Stewart’s, Puma is set to run sales into overtime. While the collaboration has been in the works for over a year, Stewart will never say it wasn’t worth the wait, “I think having my own signature shoe is obviously a dream come true,” she says. “When I was little, it’s like you’re playing basketball, and you’re looking up to all these amazing role models. Now being able to put that in reverse and be that role model and hopefully have a lot of young kids be wearing the Stewie 1s and seeing what I’m doing on the court and then trying to emulate that in the shoe is something that’s really inspirational to me.”