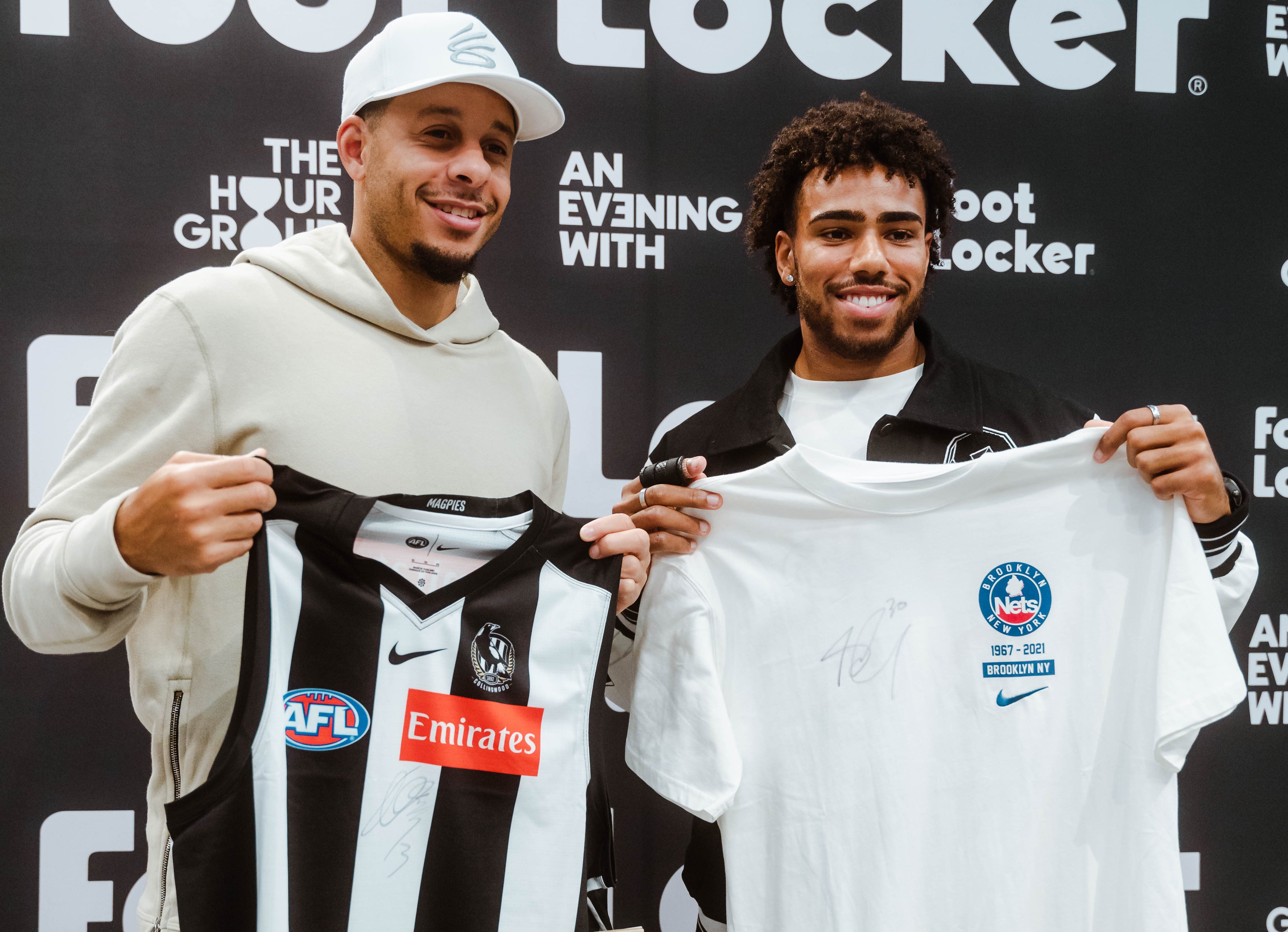 One must know the struggle to teach others how to deal with it.

Seth Curry is no mere athlete. He’s one of those exceptional individuals you don’t have to Google. He has achieved a level of stardom, reaching the furthest corners of the earth. From the streets of India to the coast of Patagonia, wherever he goes—his first and last name is remembered. While Seth Curry is bereft of global privacy, he is full of generosity and wisdom. The Hour Group, Foot Locker and Hoop City all combined like individual superheroes coming together to give Australians an opportunity to test their skills with the best and spend quality time with a superstar—people would give their left arm to take shooting pointers from and one of the best to ever do it.

Seth Curry is one of the greatest ever to shoot the basketball. Like many who demand respect and become conductors on one of the most significant main stages the world has ever seen, the NBA—Seth was told he lacked all the skills and athleticism to make it like his father, Dell Curry. Whispers swirled around the NBA, questioning Seth’s defensive ability and lateral movement. Scouting reports likewise delivered underwhelming feedback sprinkled with phrases and stats designed to prevent Seth from ever reaching the summit of his mountain.

For those familiar with the G-League, the NBA’s version of the VFL, there’s little to no chance for young, eager-driven ballers to prove themselves. This became Seth’s problem, just as it was for the rest of his peers. Team after team, the G-League call-up became short stints of hope followed by instant disappointment. If it weren’t for Seth’s love of the game, disappointment would have been a larger issue than it had been. Seth’s ability to deal with disappointment can only be described as a curious case of consistent positivity, made possible by his genuine love of basketball.

“I think it’s about constant work ethic and being a student of the game, and constantly working on being better,” Seth told the Original Ballers.

“Anybody can have a strong mindset. Never really taking no as an answer is important. It took me a while to get my foot in the NBA—I kept that self-confidence—kept working until I finally got my foot in the door.”  True to his words, Seth broke into the NBA with the Sacramento Kings in 2015—Seth’s first appearance would begin on the bench and end with a memorable performance, stamping his first name, not his last on the NBA. Rajon Rondo was unavailable on the night, and Seth knew this was the longest olive branch that would extend his way and one that would alter the course of his life forever. He went on to shoot 19 points on 3-4 shooting from long range. Seth kept that form in the final run of the season, averaging 16.4 points and 5.3 assists, with a staggering 49% three-point shooting over the final seven matches.

Since then, life hasn’t been the same for Seth. The journey, the hard work, tears and determination built upon mountains of pressure and anxiety make him one of the greatest mentors for the younger generation. Seth’s essential to Australian hoopers looking to climb the same mountain Seth spent years scaling. His wisdom sounds like some motivational Voiceover you’d hear on a TikTok or Instagram reel, only he is in front of you—all 188 centimetres of him. It only seems fitting to quote Michael Jordan only because Seth sounds oddly familiar, “Some people want it to happen, some wish it would happen, others make it happen.” Michael Jordan. Seth’s ethos is no different to Michael’s, talent could only take them so far. The rest was up to grit, experience and good fortune.

Hoop City, the Hour Group and Footlocker provided children with a once-in-a-lifetime opportunity to sit and learn from one of the world’s greatest athletes, who has built a name for himself upon years of hard work to land in one of the hardest professional franchises in the world.

Beza: It’s been a pretty exciting day. Everyone knew you were coming in. There’s been a line outside since, like, what, 8:00 am? We got some dedicated people waiting for you.

Beza: Earlier today, we had a clinic. It was a charity bounce clinic out at Hoop City, and we got to see amazing basketballers in the community having one-on-one time with you. What is it about these clinics that are so important?

Seth Curry: It’s always good to come and spread the love. I like to teach and pass on the basketball lessons and drills I’ve learned to the younger generation. Especially here—there’s a lot of basketball fans—a lot of NBA fans that wanna play the game, that wanna know about the game, and they want to pick my brain and ask questions. So, it’s always fun for me in the offseason to get out and spread the game and have some fun.

Beza: Have you noticed much difference with basketball here in Australia?

Seth Curry: I mean, there’s not too much of a difference from America. Honestly, a lot of fans know a lot about the game. There’s a passionate fan base here. They know the facts, they know the players, they got favourite teams and all that, so to be here and experience it—it’s literally living up to the hype and everything that I’ve heard about it.

Beza: Do you think that social media has made much impacted the game?

Seth Curry: Absolutely. It’s changed the game. I mean, you can see highlights from anywhere, going viral all across the country. It helps the game and basketball players grow all over the world, and now there are people to be discovered as well, so it could take you a long way.

Beza: absolutely, I wanna switch it up a little bit. We’ve talked a lot about basketball. I think there are people here who want to know a little bit more about you. When you leave the house, what are 3 things you can’t leave without?

Seth Curry: One is coffee, I need coffee, and I’ve heard there’s some good coffee here too, so I’m still working on that. I need my phone obviously and a basketball. I need my basketball too. You never know, a game can get going, or I can dribble and work on my game a little bit, so coffee, phone & basketball.

Beza: We are obviously at Foot Locker. This is the streetwear fashion capital. This is the place to be if you are trying to get yourself fitted out. How would you describe your personal style, what’s your go-to when it comes to streetwear?

Seth Curry: My style is very relaxed, and whatever is comfortable, obviously I want to look good. I got a little bit of style walking into the game and walking into the tunnel. If I put something on and don’t feel comfortable with it, then I’m not gonna wear it no matter how good it looks, so I’m about comfort and style first, looks second.

Beza: I know there’s one question a few people wanted me to ask. In the position you are in, coming from a family of basketball royalty—how do you deal with the pressure on social media added by the pressure that comes with expectations?

Seth Curry: I got a lot of help and a great support system. My wife, my family, and my parents. I have a good corner of support through the good and bad. I think growing up, my parents taught me to focus on what I do best and don’t compare myself to anyone else or what somebody else is doing. My dad and brother always said to run your own race and be the best you can be. That’s what I focus on. I just try to maximise my potential, no matter what that is. I’m just trying to make the best of my situation and the best with what I have, and I can live with that—whatever it is—so I don’t really feel any pressure. I just have fun playing the game.