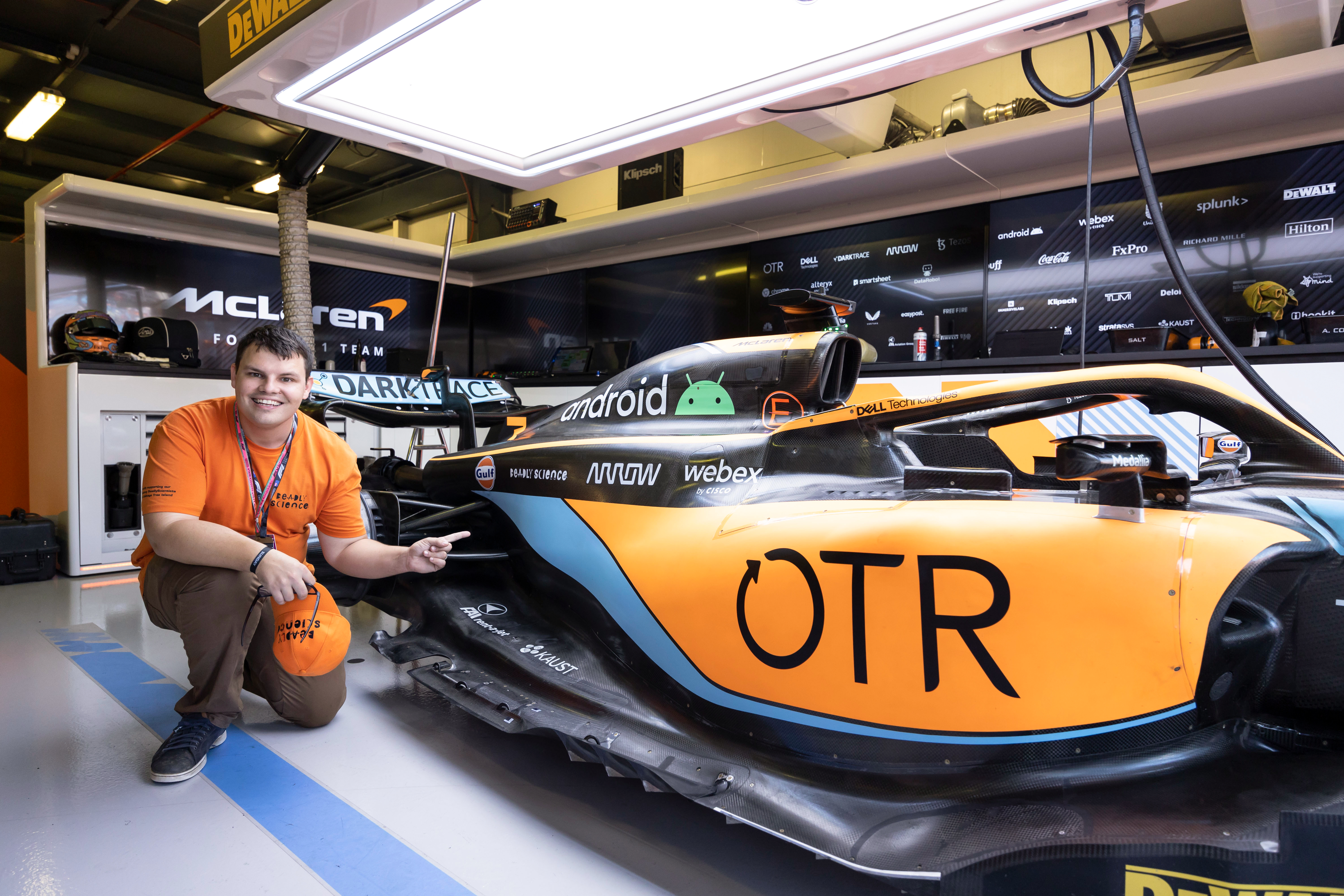 Deadly in every way.

This year’s F1 race was the most significant week of the race’s long history in Melbourne. Attendance records were smashed, making the weekend the highest-attended sporting event in Melbourne. Short of driving an F1 car himself, Corey Tutt—DeadlyScience’s founder, achieved what many would deem to be the peak of brand advertising. the charity, DeadlyScience featured on this year’s McLaren fleet—reminding us of a quote exploring the act of kindness. “Life is mostly froth and bubble; Two things stand like stone: kindness in another’s trouble, courage in our own.”

The above quote perfectly outlines his charity’s ambitions and intentions. DeadlyScience provides science books and early reading material to remote Australian Indigenous communities. Speaking to Tutt, you automatically feel his passion for science and, more importantly, his aspirations to educate children in Australian Indigenous communities to grow and preserve the routes of practical learning, arming children with all the necessary tools they require to make a career for themselves. As Tutt so eloquently put it, “you can’t be what you can’t see.” For children in Indigenous communities, STEM (science, technology, engineering and mathematics) learning and science resources are nonexistent, creating a gap between a child’s ambitions and their ability to find their passion, “while every child may not become a scientist, every child should have the opportunity to find their passion. Tutt’s ability to retrace his ancestral steps is done so with a passion for practical science.

Tutt’s ability to create scientific correlations with everyday deeds signifies the importance of children having the opportunity to explore the world of STEM and understand more about the world and themselves. Tutt speaks of the future in the same practical way he speaks of the past. He explains the responsibilities children of the future will face. The need for coders and technological advances will find the younger generations, meaning they will need the resources to understand the future language. Tutt also references basketball, explaining, “If you want to be a basketball player, you need to learn the angles of your shots to get it in the hoop right? Science is all around us.”

Tutt’s ability to merge science with life is perhaps why DeadlyScience has become such a necessity in this country. We don’t imagine among the thousands of charities—that many are focusing on enhancing the practical laws of science with the everyday nuances of life. For Tutt, featuring on a McLaren is all well and good. However, arming the future children with a plan, passion and thirst for knowledge is way cooler than Daniel Ricciardo zooming around with the charity’s logo.

While Tutt’s scientific ambitions trump the need to be seen, he can’t deny that being the first Indigenous brand to feature on an F1 car wasn’t up there, with his wedding as one of his greatest moments. The circumstances surrounding DeadlyScience’s initiation to the world stage is a story of its own. In the lead up to Tutt’s wedding, he promised his wife, that he would give his undivided attention to her and the ceremonial preparation. Leaving work to take a backseat for the moment, is an unusual choice for Tutt. When Smartsheet contacted Tutt for an important meeting, Tutt’s first reaction was to politely pass on the meeting, staying true to the word he gave his wife.

“I said to the fella from Smartsheet I’m sorry and that I wouldn’t be able to attend this meeting. I have an important engagement in two days, and I promised myself I wouldn’t overstep that mark.”

Little did Tutt know, he was about to be told Smartsheet would donate their advertising spot on the McLaren to Tutt’s charity, DeadlyScience. Thankfully, Smartsheet persisted and told Tutt, ‘this is a meeting you aren’t going to want to miss.’

With much to think about and his wife’s blessing, Tutt joined the meeting, which was labelled Smartsheet and McLaren. Tutt had been watching the popular Netflix series Drive To Survive and found the timing of the meeting to be serendipitous in nature. Tutt said to his wife, “maybe they’ll put DeadlyScience on the F1 car.” To which, his wife said, “don’t be stupid, they aren’t about to let go of their multi-million dollar advertising spot to a charity.” Much to Tutt’s wife’s reasonable doubts, Smartsheet started the presentation with an image of DeadlyScience sprawled on the Orange McLaren car piloted by Daniel Ricciardo.

The collaboration marks the first time an Indigenous logo has been featured on an F1 car, which Tutt said he was proud of. Smartsheet and McLaren introduced DeadlyScience to a vast audience that may not have been reachable without Sponsor X. Smartsheet allowed DeadlyScience as a way to engage people in the importance of their vision: to inspire, connect, innovate and discover through providing STEM resources, mentoring and expertise to remote schools in Australia.