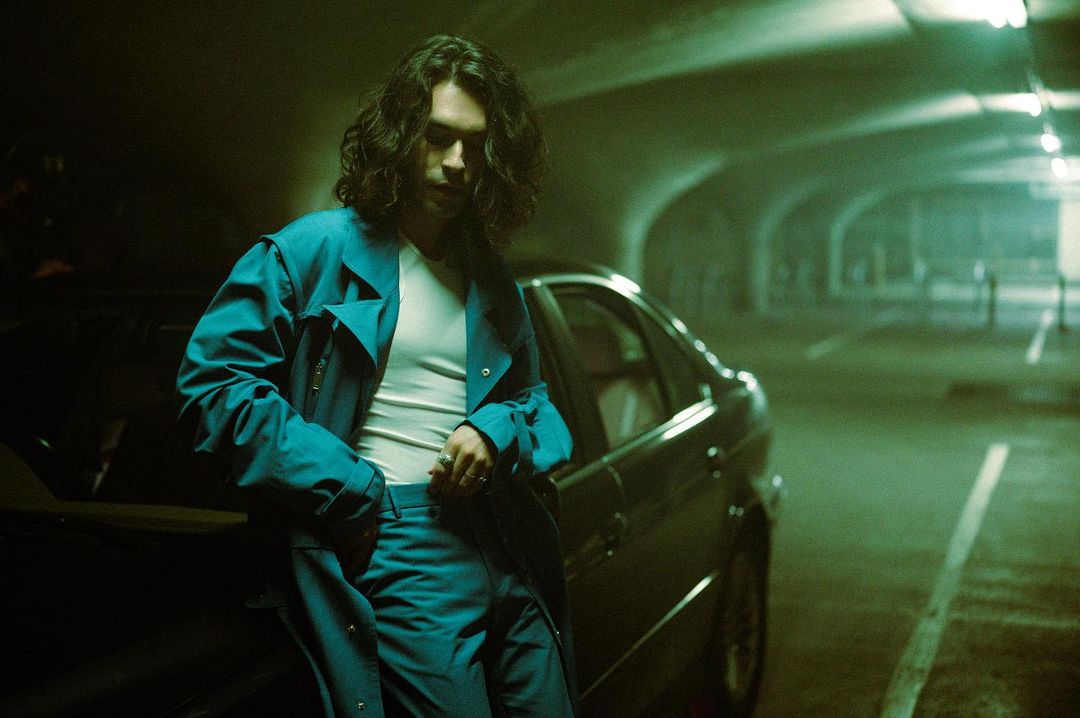 Unlike most artists, you don’t find him, he’ll find you.

If Prince and Dracula had a lovechild, the result would be Aussie artist, Drella. One with the night and seemingly afraid of daylight, Drella has released his highly-anticipated single, Night Crawls. It isn’t every day you listen to a song where the vocalist outperforms its production. That isn’t to say there’s anything wrong with Night Crawl’s output. It just so happens Drella’s vocal capability is something out of a fabled story. Smooth tones, unpredictable scale accompanied by refined bass layers make Night Crawls an instant hit. When the percussion lands and snares take hold, Drella’s vocals come alive. If someone had to ask what the greatest attribute of both Drella and Night Crawls might be, it would centre around vocal range. Drella seems to dive further than most vocalists dare, hitting the depths of his range while climbing to the peak where many vocalists perish. While many shy away from such challenges Drella not only embraces this perilous vocal journey, he makes it look easy.

To understand why Drella’s sound is unique one must understand his origins. His formative years were spent in Macedonia, singing with local bands in restaurants. There, he lived with his parents and began to understand music was part of his DNA. A musician’s influences can either make or break them, for Drella—Prince, Tame Impala, INXS’ Michael Hutchence and Jai Paul pave a path filled with expectation. Perhaps it’s the expectation of idols past that makes Night Crawls so special. You can feel the energy, the passion and the undeniable mystery within the song, it carries the very same energy, passion and mystery akin to that of the late legend, Prince.

An artist’s fate is hardly tied to a hit song, if you are to ask any music legend, what makes a star? They will tell you, one must not only be musically gifted but also carry something special. Drella, while idolising Prince has remnants of Elvis about him. He is cool, calm and collected. He is charismatic, smooth and chaotic—a perfect contradiction, a perfect storm of calm and chaos. The conception of the name Drella, can be traced back to Andy Warhol. Yes, you read that correct. Drella found an art book about the late pop culture icon, and discovered Lou Reed named Warhol ‘Drella’, a portmanteau of Dracula and Cinderella. Understanding the meaning of the word Drella gives credence to his ethos, Dracula and Cinderlla, chaos and beauty, the two colliding like waves against the shore.

Drella’s latest single is a nod to quality music. There’s plenty out there, and Night Crawls feels like a breath of fresh air, funk-filled, good for the soul and a bad influence all in one. It’s available now on Spotify and all other platforms.