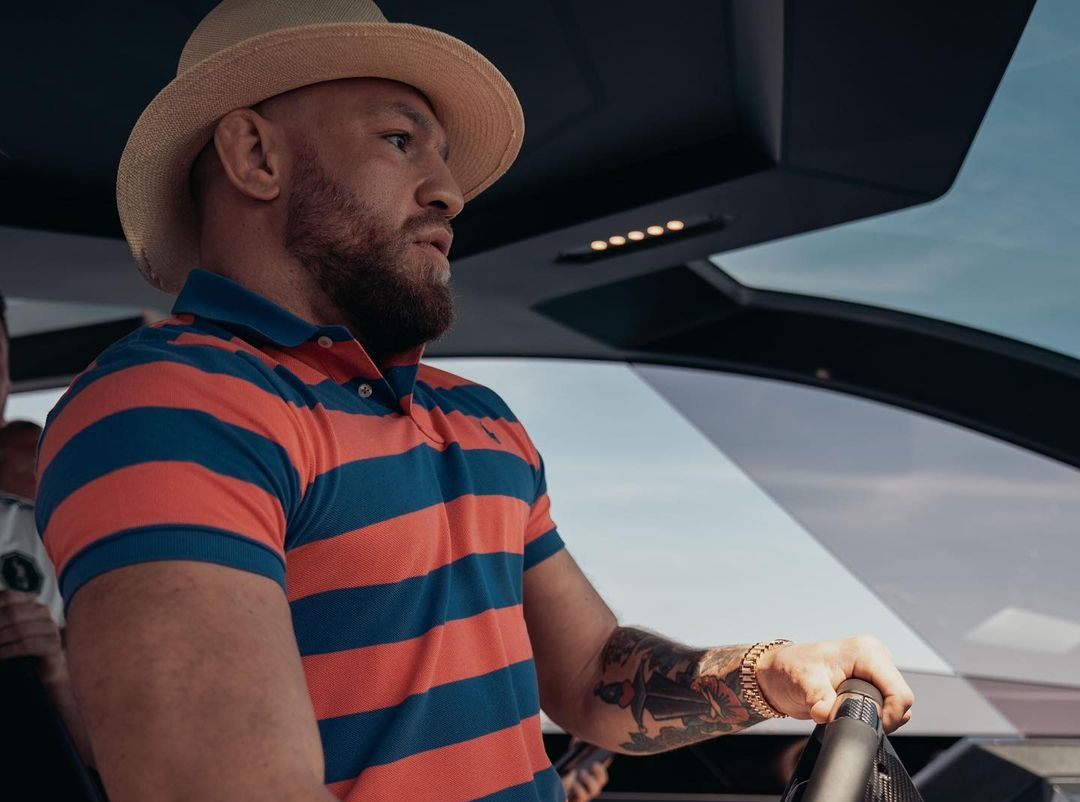 For the moments you really want to beat traffic.

Whoever said money can’t buy you happiness has clearly never seen a Lamborghini luxury yacht. If they had, they would know what happiness looks like. For the ‘Notorious’, it’s a dream come true.

This yacht is an absolute beast. There’s no wonder why it has arrived with a hefty price tag. One look at the design, and you’ll be throwing cash away like Al Pacino in Scarface. Today, the monster automobile company is featured on McGregor’s Instagram, showcasing his sleek yacht. The motor yacht was a collaborative effort between Lamborghini and the Italian Sea Group brand Tecnomar.

It’s clear the design is heavily influenced by Lamborghini. You can see the company’s influence via the colours, interior and motor specs. Boasting two 2,000hp engines, it’s clear as day, Lamborghini will keep to its ethos of ‘fast cars’.

With curves for days, the motor yacht oozes sophistication and cutting-edge design. Lamborghini are no strangers to odd collaborations, streetwear efforts are just one of the many times the company has broadened its horizons from hyper cars. It just so happens, they have created a hyper yacht, fit for someone who has the money to splash, no pun intended.

When asked about the motor yacht, Lamborghini had this to say, “the hull and the superstructure are created from a high-performance shell, developed by naval engineers specializing in hydrodynamic sciences.”