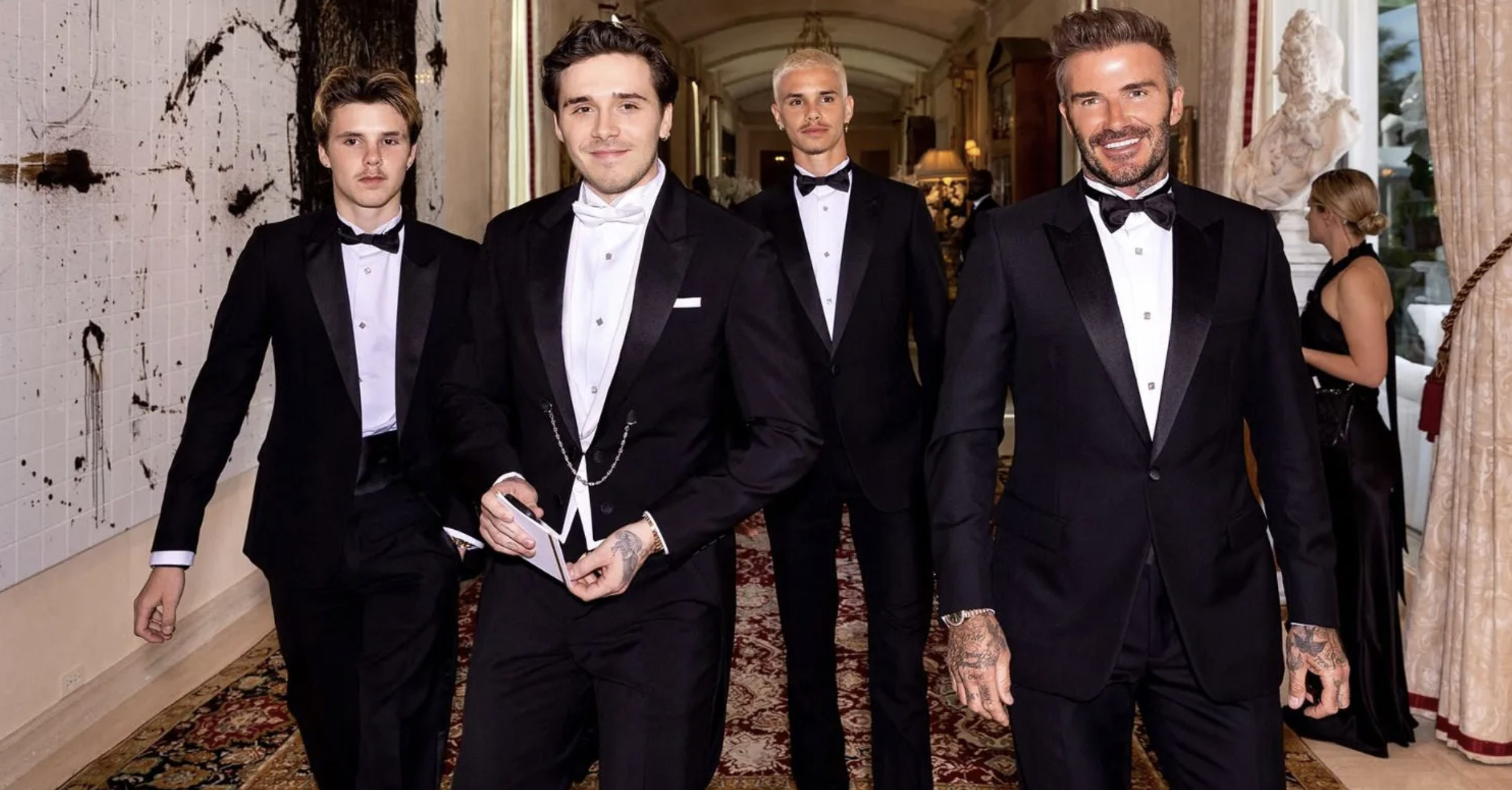 Who would have thought a Beckham would set a new benchmark for men?

When it comes to fashion and style, few families collectively are as stylish as each other. The Beckhams and the Kardashians are the two most would place at the top of the list. Brooklyn Beckham gave us another reason why his family is at the top of that list.

Jones and Dior constructed an intelligent, custom black wool peak lapel tailcoat for Beckham’s wedding, which was cut to perfection and finished with a silver chain at the front. It arrived with matching, straight-cut trousers and a white cotton wing-tip collar shirt with plastron piqué and high-shine jewellery buttons.

Jones outfitted Beckham with a white bow tie and pocket square as far as accessories are concerned. The finishing product to any suit lies on one’s feet, where the 23-year old wore black polished leather derbies, which were stamped underfoot with Dior branding. There’s no doubt that Beckham set a new standard for celebrity wedding attire; while we may not have access to Kim Jones, we do have access to style cues set by the great man. Should you be tying the knot, look no further for inspiration.

Baller Time: The Best Releases From Watches & Wonders 2022
We Take A Look At The Met Gala’s 2022 Knockouts
%d bloggers like this: