The Mansion From ‘Scarface’ Is Up For Sale 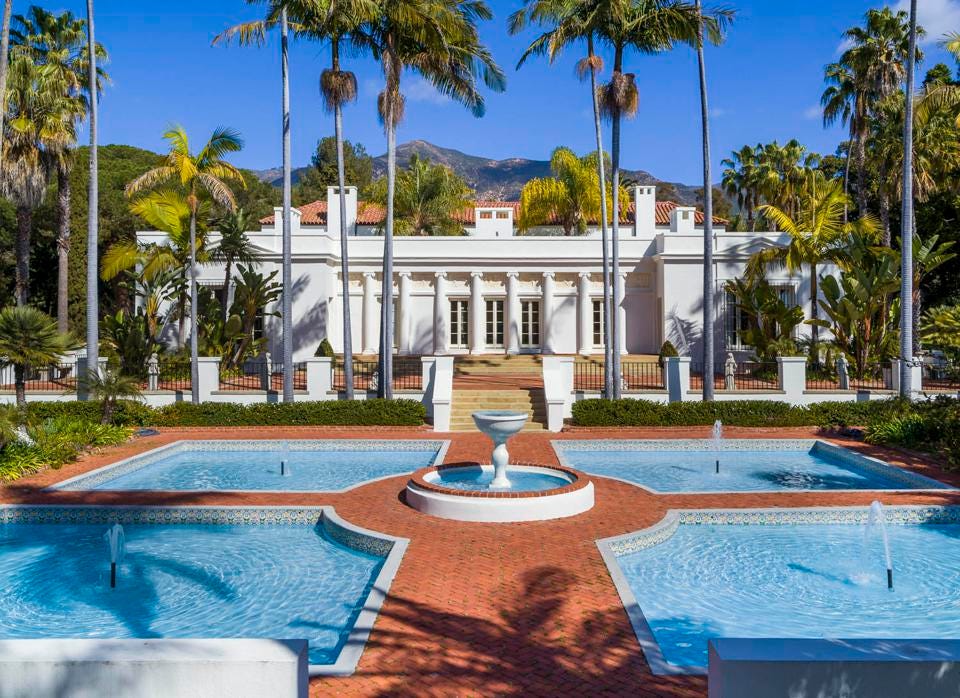 Say hello to my ‘not so little friend.’

While this isn’t a Baller Homes edition, this was once considered to be every ‘wanna-be gangsters’ dream home. If anyone is a fan of Brian De Palma‘s Scarface, starring Al Pacino, you’re in. The film Scarface is an iconic picture about an ambitious gangster named Tony Montana and his close friend Manny. Together they build a strong drug empire in Miami. However, as his power grows, so does his ego and enemies, and his paranoia begins to plague his kingdom.

There’s little doubt—Montana’s purchase influenced next-generation millionaires’ home desires. The film was released in the summer of 1983, and between Al Pacino and Michelle Pfeiffer, that house saw some of the most iconic scenes in film history. While you look through the images of the mansion, you’ll be transported back to 1983 where Miami became a hotbed for drug deals, mass shoutouts and crooked police officers.

The home itself hasn’t aged gracefully, which may be a reason it’s priced at $40 million. While that’s still a hefty price to pay for a mansion, It doesn’t sit at the top end of mansion prices. Located on the California coast, palm trees and greenery surround the property giving it the same privacy Tony Montana needed in Scarface. The property is located less than three kilometres away from the ocean and the Santa Ynez Mountains.

Famed architect Bertram Goodhue designed the property for a real estate mogul named James Waldron Gillespie (no, he did not play cricket). The 10-acre estate was completed in 1906. The property has entertained some of the world’s most famous individuals: Einstein, Churchill, John F. Kennedy–all previous property owners.

While the property has seen its fair share of renovations and updates, most of the original grandeur remains intact. The property carries a heavy Mediterranean Revival aesthetic. The five-bedroom, seven-bathroom features Neoclassical themes, while adding Middle Eastern elements within the tiles, interior fountains and domed ceilings.

Perhaps the most ‘baller feature’ resides in the dining room’s ceiling, where a 24-carat gold leaf painting of Alexander The Great conquering Persepolis watches over you while you eat dinner. The main outdoor feature, a central atrium with 360-degree views and a renovated kitchen, gives new meaning to California dreaming. Further to the central atrium, walking paths lined with lush green palm trees and vegetation (some over 100 years old) make the pools and terraces feel like a secluded resort that was also the backdrop for Tony Montana’s wedding scene in Scarface.

The property is in the capable hands of Riskin Partners Estates Group, a luxury division of Montecito-based Village Properties.

Baller Homes: 59 Union Street, Armadale
Here’s What It Will Cost You To Rent The World’s Largest Yacht Charter For One Week
Loading Comments...
%d bloggers like this: