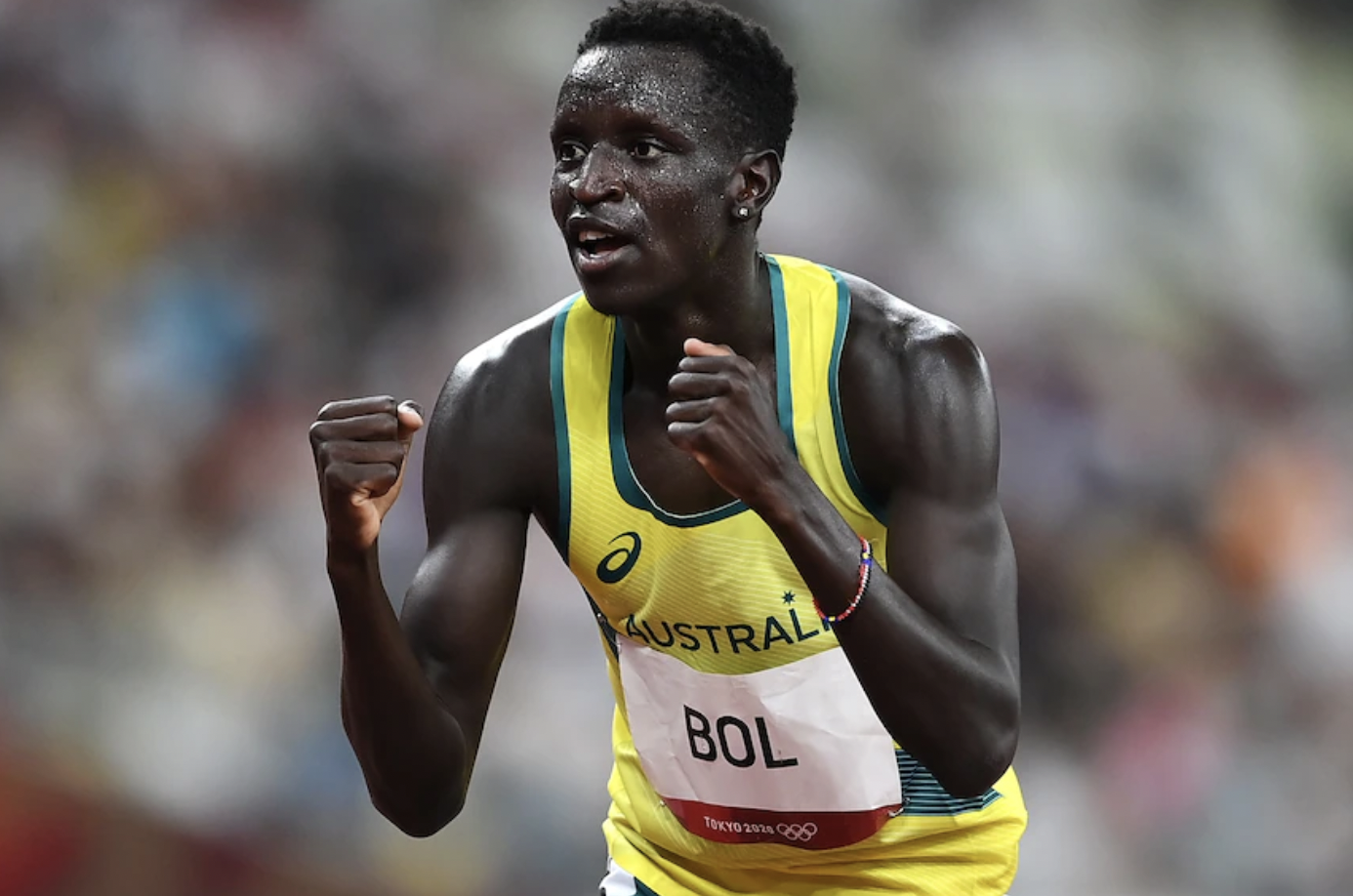 Not every athlete needs to win a gold medal to claim greatness. Although two PBs from three races will do it.

Peter Bol. Let the name resonate with you. The Olympics beyond anything provides athletes with an opportunity to step up or step down. It would seem a global pandemic has given the Tokyo Olympics more worldly attention than previous games. Venture to the gym, television screens proudly present the olympics that would otherwise be playing MTV’s greatest hits. Social media is finding new villains and new heroes every hour that passes.

Australia’s latest hero arrives in the form of Peter Bol. Bol is the first Australian to reach an 800m final at the Olympics since 1968. Bol led from the front on Wednesday night. “I didn’t know if I was going to win, but I knew one thing for certain – that the whole of Australia was watching,” he told Channel Seven. “That carried me on.” Bol told no lie, he ran his race like he was running from a zombie apocalypse.

Having led from the front early on, Bol fell agonisingly short due to having nothing left in the tank. Largely due to the fact Bol stepped up when no one else would. Bol raced three times in Tokyo for two PBs, two Australian records and an Olympic final. There has been a large amount of poor reporting, and a false Wikipedia description surrounding Bol’s origin story. Bol was born in Khartoum, Sudan, in 1994. His mother is Sudanese, his father from the region that would become South Sudan. It was a time of turmoil in Sudan and the Bol family soon left for Egypt, before arriving in Australia in 2004. Bol’s Wikipedia page says he and his family came from a refugee camp in Egypt, but he has never been in one.

As one can imagine, the assumptions and stereotype Bol now faces brings a certain amount of unease.

“I don’t think people should be seen as a refugee or a migrant or something like that,” Bol said in an interview last year. “It’s almost like a trophy – your identity is where you come from. If people want to associate it with bad things – yes there are bad things, bad struggles, but who doesn’t go through bad struggles and what not? We have people in Australia who go through some terrible things too. I think it’s better if we have a better conversation, to get to know the person, instead of the assumptions.”

Bol as a teenager attended a prestigious private school in Perth, St Norbert College. It was here Bol’s athleticism granted him a basketball scholarship, and while Bol won in every athletics event he participated in, he had no intentions of taking it further than a mandatory high-school experience. Eventually, a teacher managed to convince the year 11 student give athletics a shot. With a mentor and a coach, Bol was travelling the world and competing on the grand stage within five years.

Bol is no one-trick-pony. In addition to being an olympic runner, Bol has studied construction management and economics at Curtin University where he intends to train as an engineer. While there are other plans, Bol intends to become the best 800 metre runner in the world.

When speaking about the reception Bol has received, Bol remained humble and grateful on the grand stage, “I was embracing all the social media stuff,” he said. “Credit to [fellow Australian 800m runner] Jeff [Riseley] – he’s so professional. I think he put up on Instagram, ‘I’m off for these championships’. I was thinking to myself, ‘I better get off Instagram too’. And I’m like, ‘Wait, I’m not Jeff. I’m myself and I gotta keep the same thing that I keep doing’. I love creating noise, I love creating the hype.”