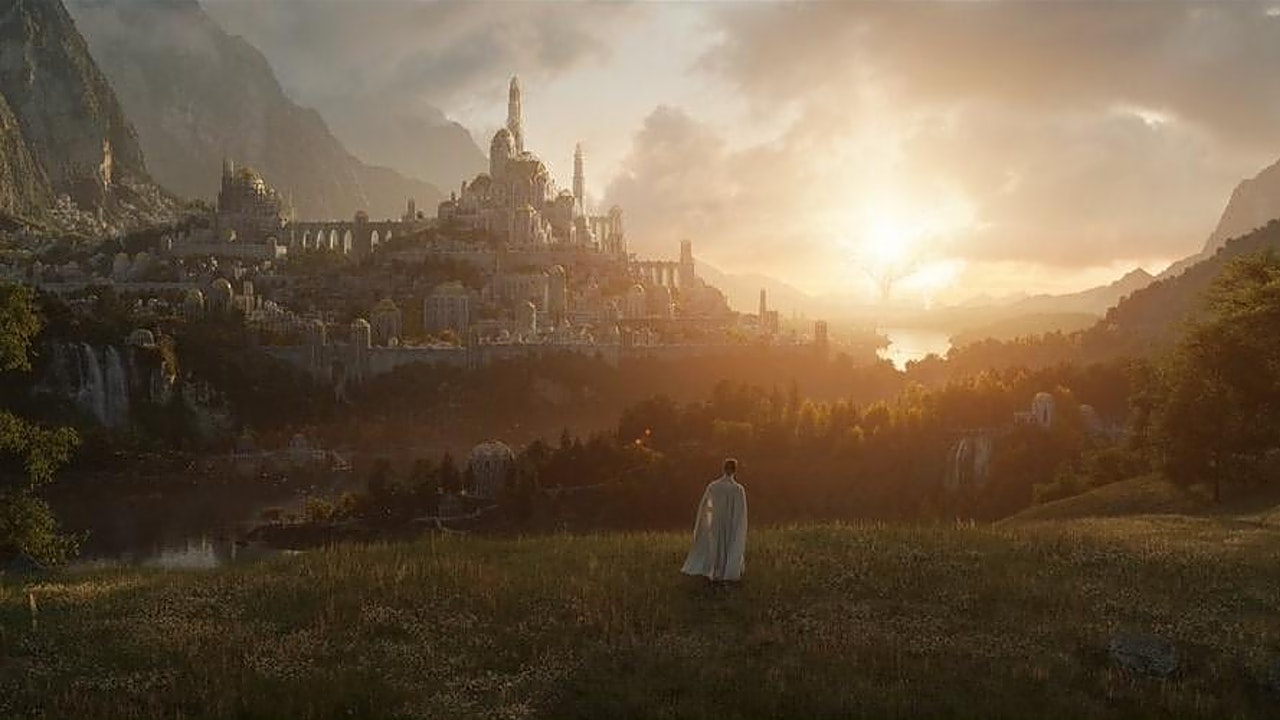 One television show to rule them all.

Amazon’s most anticipated television series, a yet-unnamed Lord of the Rings original series, will officially debut on Prime Video on Friday, September 2nd, 2022. We could not be more nervous and excited for the return of Tolkien’s beloved world. The Lord of The Rings, to this day, is still one of the greatest pieces of literature and film making ever created. That isn’t an opinion, more so a fact. The films won a slew of awards, the third instalment of Peter Jackson’s epic tale, The Return Of The King won 11 Oscars, solidifying the film’s brilliance in stone.

Now Amazon look to tackle what many would fear to be a doomed task. That is, taking everyone back to Middle-earth without Peter Jackson, and without his cast. While Amazon are throwing the kitchen sink at this project many fear the monolith tv budget may not make up for a mass-produced television series. The yet-to-be-named series will take LOTR lovers on a journey through the second age of Middle-earth. Amazon has celebrated the announcment by sharing an image of what seems to be Valinor. Hardcore Tolkien fans will recognise what appears to be the two trees of Valinor. The two trees of Valinor were Telperion and Laurelin, the Silver Tree and the Gold Tree that brought light to the land of the Valar in ancient times. They were destroyed by Melkor and Ungoliant, but their last flower and fruit were made by the Valar into the Moon and the Sun.

If this sounds more ‘fantasy’ than anything you’ve heard before when referencing LOTR that’s because the second age is riddled with magic, and more fantasy themes than the big three we have seen or read. Amazon has made it public knowledge they are sparing no expense admitting the first season of the television series is costing around $465 million to produce, making it the most expensive series ever made.

Enough of the latest news. Now that you have the release date, below is all your second-age questions answered.

Ever since a Hobbit made his way from a hole in the ground, through the Misty Mountains and deep into the searing fire of Mount Doom, the world has been waiting for Middle-earth to return in all its glory. Amazon’s ‘Lord Of The Rings’ television series may overtake Peter Jackson’s, ‘The Hobbit’ film series as the next best thing to the original trilogy. There has been widespread speculation on whether the television series would feature familiar faces, explore familiar story lines and delve deeper into Tolkien’s Middle-earth lore.

It seems fans of the franchise have been given an answer. It only ‘took’ a few years—fools. Yet, we have something to work from. The synopsis has been confirmed to take place during the second age of Middle-earth’s timeline, and we couldn’t be more excited. Some heavy s*** goes down for all in Middle-earth during the second age. Placed shortly after the fall of Morgoth, an evil dark lord who many consider to be worse than Sauron, leaves everyone in a very dark place. It’s here Sauron emerges from the shadows to continue the despicable work of his fallen master. During this time Dwarves are heavily populating Middle-earth, which may answer the question, why they weren’t prevalent in the original trilogy series. The second age really serves as Sauron’s making. His evolution from slave of Morgoth to the dark and evil conqueror we all know him to be.

The second age also tells the story of the fashioning of the rings of power. A serious plot with ‘as we know’ dire consequences. Once again, Sauron is very much front and centre, not yet the terrible eye made of flame and darkness. He is still very much a physical character. Perhaps the reason Amazon is delving into the second age is to give Sauron a more physical presence so audiences can see the real threat he had become before he was forced to take shape as a wondering eye. Tolkien’s Middle-earth lore is vast and thick. The original series created by Peter Jackson is a mere drop in the ocean compared to the rest of Middle- earth’s timeline and tales.

When releasing information about the synopsis Amazon had this to say, Amazon Studios’ forthcoming series brings to screens for the very first time the heroic legends of the fabled Second Age of Middle-earth’s history.

This epic drama is set thousands of years before the events of J.R.R. Tolkien’s ‘The Hobbit’ and ‘The Lord of the Rings’, and will take viewers back to an era in which great powers were forged, kingdoms rose to glory and fell to ruin, unlikely heroes were tested, hope hung by the finest of threads, and the greatest villain that ever flowed from Tolkien’s pen threatened to cover all the world in darkness.

Beginning in a time of relative peace, the series follows an ensemble cast of characters – both familiar and new as – they confront the long-feared re-emergence of evil to Middle-earth. From the darkest depths of the Misty Mountains, to the majestic forests of the elf-capital of Lindon, to the breathtaking island kingdom of Númenor, to the furthest reaches of the map, these kingdoms and characters will carve out legacies that live on long after they are gone.

We simply cannot wait for this series, it will either make or break the franchise’s already amazing run, as we know there are many Lord Of The Rings fans out there ready for the next adventure. Here’s hoping it is one worth taking.

New No Time to Die Trailer Arrives, Bond Is Back in Theatres This October
Spider-Man: No Way Home – Official Teaser Trailer Is Here
Loading Comments...
%d bloggers like this: