Where To Now For Conor McGregor? 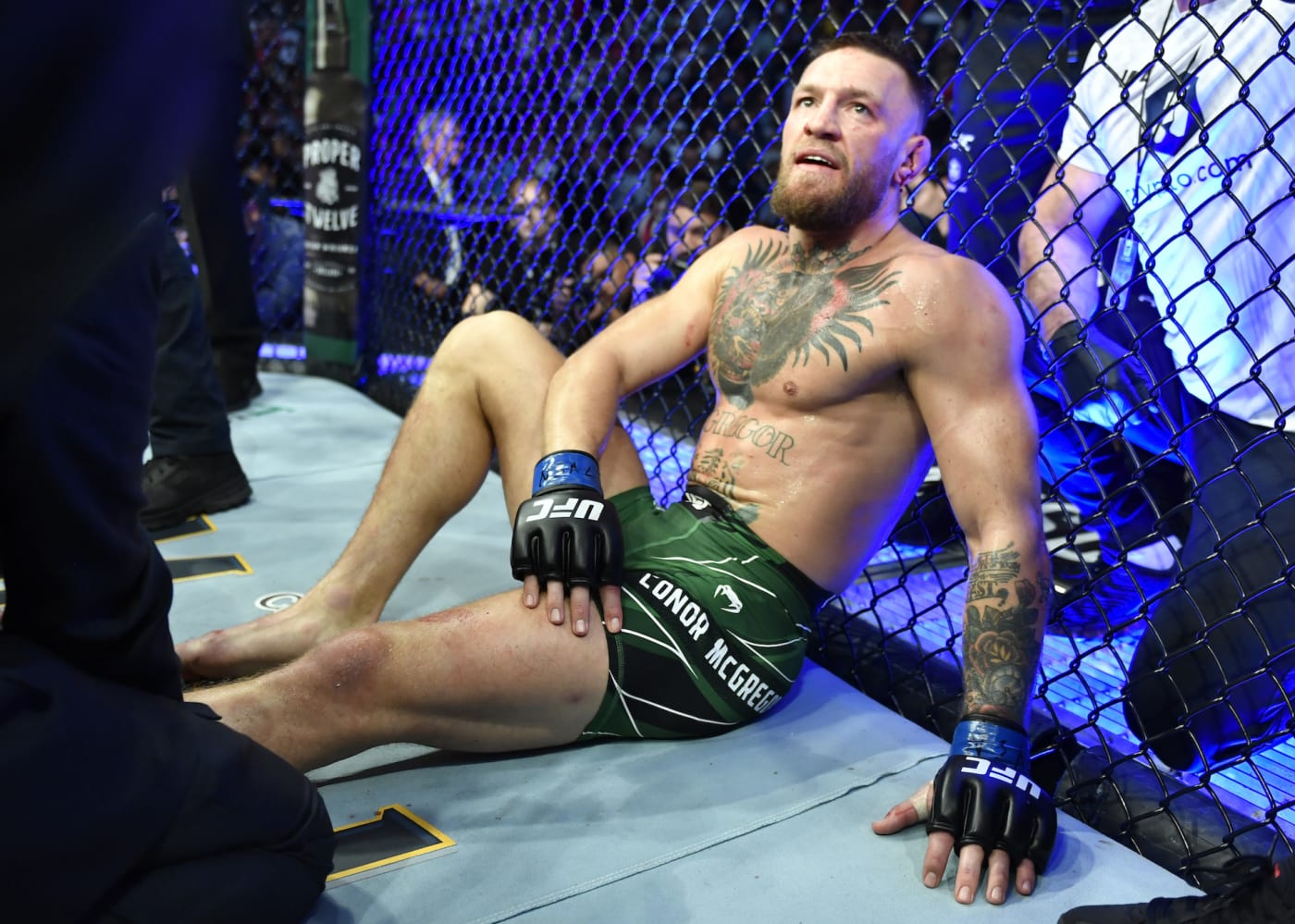 UFC 264 broke more than records, and one fighter is now in the last chapter of his loaded narrative.

A warrior by definition is a brave or experienced soldier or fighter. Conor McGregor will enter the next stage of his life, and if it had a chapter, it would be named: The warrior. After suffering a broken foot late in the first round of his bout with Dustin Poirier, Conor McGregor will now need to make up for not only the loss, but also the r-rated rant that followed his loss.

The fight itself seemed more one-sided than it was. Fans of the UFC wouldn’t be discounting the Irishman based on last week’s performance. In regards to total strikes, McGregor landed more than Poirier. In regards to significant strikes, the Irishman didn’t land as many as the American, however, the gap wasn’t large enough to admit the fight was in fact one-sided.

If you watched the fight, you can’t be blamed for thinking the affair was in fact one sided. It looked bad, McGregor on the ground, failing a submission attempt, and eating elbows to the head seemingly left many thinking McGregor was completely outmatched on the day. While round one would have gone to Poirier, by no stretch was the fight over. That was until McGregor snapped his tibia bone, and couldn’t complete the fight. Many watching the fight picked up on Porier checking one of McGregor’s leg kicks, with the American pointing at his foot.

It would then suggest McGregor had in fact sustained an injury to his foot from that leg kick. After the fight had ended, McGregor entered a zone both ugly and disturbing. Ranting, about the fight, and spitting disturbing personal attacks about Porier’s wife that left the Irishman swimming in a pool of his own rage. This is why McGregor needs to reflect and enter the ‘warrior zone’. The question everyone is left asking is—how will McGregor return to his pre-Mayweather form?

It’s noticeable now, the vulnerability of the Irishman is now well-documented, and fighters can now form a long cue to face off against the Irishman and believe they not only have a chance at winning, but will most likely walk away from a cage fight beating one of the greatest fighters the UFC has ever seen. The money is still there, but will the hype be the same? Many fighters have said Conor McGregor may not ever fight the same way after breaking his tibia. Many would suggest Anderson Silva, the ‘goat’ of the UFC was never the same after breaking his leg against Chris Weidman, who unfortunately broke his leg this year.

One thing is certain. McGregor must find himself again. The angry, rude and unprofessionalism witnessed in the Octagon after last week’s fight suggests anger is a tool the Irishman intends to use. Now, it’s about finding a way to use is constructively. Who knows what awaits the ‘Notorious one’. All we know for now is the road will be long and dark if he doesn’t change.