Baller Luxury: “Earth 300” The $700m Luxury Yacht Proposed To Help Save The Ocean 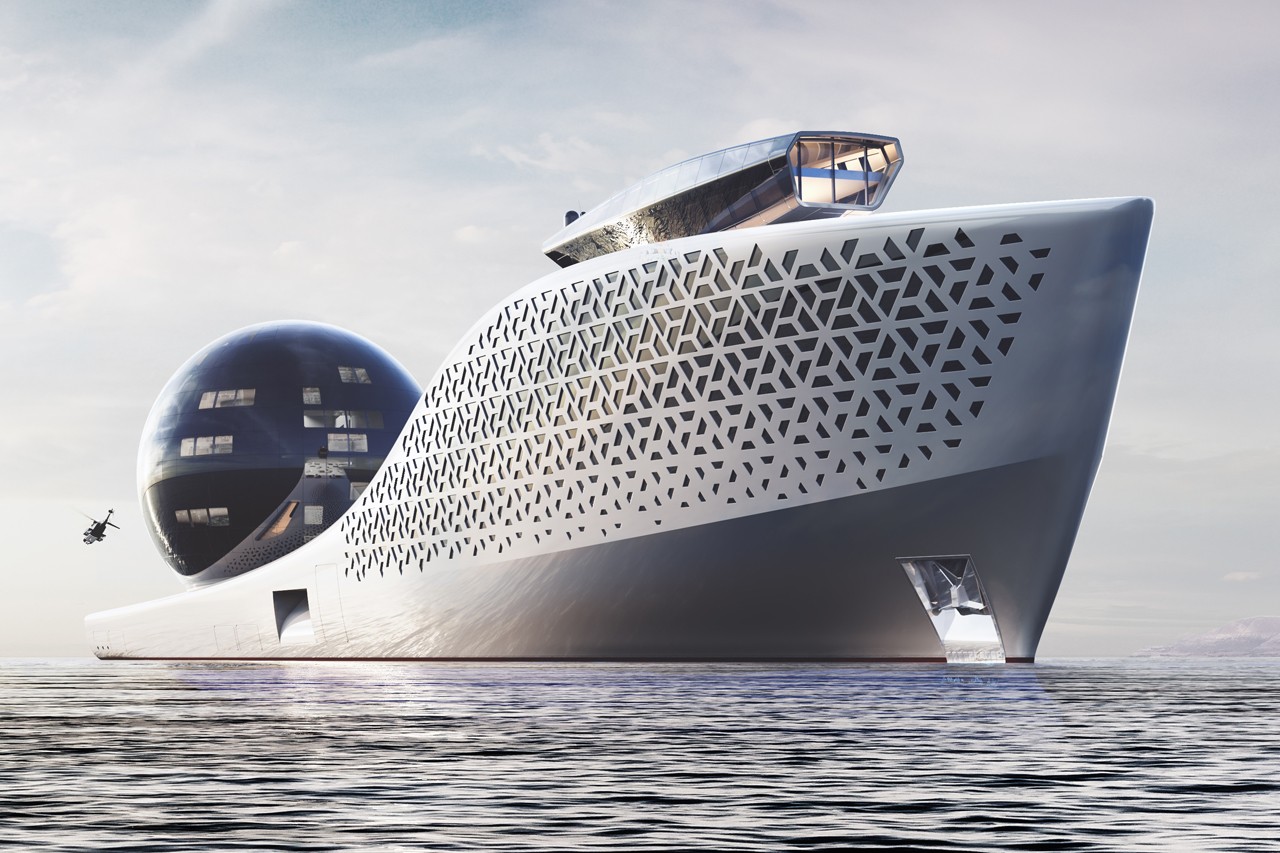 It’s the Tesla version of the Titanic, even though it isn’t made by Tesla.

When we think of large yachts, we think luxury style, champagne and good times. Our minds rarely drift out to sea—factoring in the pollutants expelled by luxury yachts and oversized ships. Iddes Yachts has an answer to closing the gap between luxury cruises and mindful sea travel. That answer is a $500,000,000 USD to $700,000,000 USD, nuclear-powered, 300-meter-long-yacht. The monolith cruiser depicts a stark futuristic Titanic. Hopefully, it can withstand an iceberg collision.

With a futuristic design, Earth 300 seems like something belonging to a sci-fi movie or novel. However, with serious Tony Stark vibes, the luxury yacht powered by Nuclear energy promises to resolve an ongoing ocean issue. The luxury yacht measures an impressive 150 feet and will have 160 scientists, 165 crew members and 40 VIP guests. While Earth 300 aims to help ‘save our oceans’, it will also serve as an ocean-based hub for scientists to help investigate climate change and other various ocean-based issues.

“Earth 300” isn’t to take over our oceans, but to actually save them. As you may have noticed from the word “scientists,”

To help scientists explore the deep sea, AI robotics and quantum computing will power the ocean-based research facility. The large Orb on the deck has been named ‘science city’. Ivan Salas, Iddes Yacht’s founder, described the yacht’s design as “We wanted to create a design that would inspire… When one looks at the sphere, we want them to be inspired to protect Earth. When one walks into the sphere, now housing the ‘science city,’ and feels the action of all the ongoing scientific works, we want them to be inspired to become an alchemist of global solutions.”

Earth 300 features an observation deck, a helipad and underwater expedition vehicles for exploring the deepest parts of the sea. If you’re wondering how much it will cost to be a VIP passenger onboard the scientific Titanic you may want to prepare yourself. It will cost, $3m USD to hitch a ride and observe the world’s greatest minds go to work. To cap off an already impressive project, the vessel is powered by a zero-emissions energy source derived from an onboard molten salt reactor developed by Bill Gates’ TerraPower company. The Earth 300 is expected to launch in 2025.

Baller Homes: Take A Peak Inside One Of Melbourne’s Exclusive Luxury Apartments
Relive Your Old Playlists With The iPod Classic
Loading Comments...
%d bloggers like this: