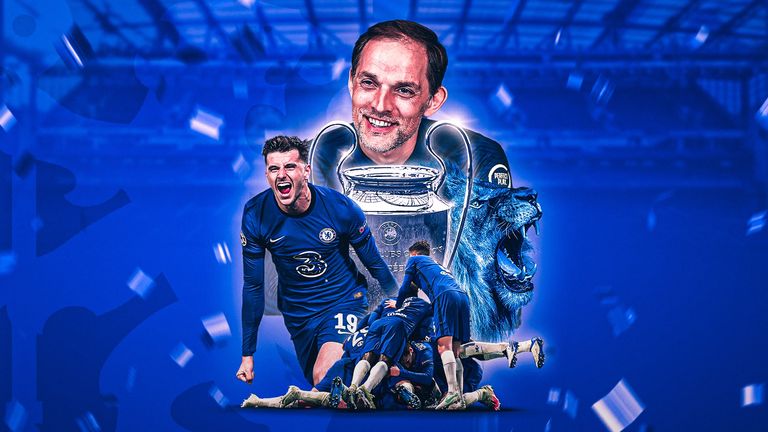 There’s a deeper story here if you dig a little.

For years prior to this scintillating victory—Chelsea was a team primed for success but never acknowledged like José Mourinho’s war-ready Chelsea outfit. Now, however, after Chelsea snatched the Champions League final from a devastated Manchester City, a new narrative is forming around the boys in blue. Thomas Tuchel, the manager of Chelsea FC, guided his boys to one of the greatest Champions League heists ever seen. Like Oceans Eleven, every player had a role to play. Every surface move was part of a deeper, more intricate system unbeknown to Manchester City.

A goal by halftime saw Chelsea stave off a battered and frazzled Manchester City, the all-English final was decided on the tip of Kai Havertz’ boot, yet there was another half of football to come. For Chelsea fans, the anxiety of losing a 1-0 lead to City was very real. The pale blue giants suffered a significant loss in the form of gun midfielder Kevin De Bruyne. Athletes from all over the world sympathised with the mid’s injury, having suffered a concussion from he was replaced by Gabriel Jesus, who wouldn’t impact the match the way City fans would have hoped. While City dominated the second half, the once labelled ‘Lampard rejects’ became a stone in a shoe, one that remained right until the final whistle. Many are attributing the Chelsea transformation to money and strategy. Roman Abramovich, their Russian oligarch owner, has spared no expense when it comes to financial support. For example, the goal kicker, game-winner and new cult hero Havertz was signed for 71 million pounds last summer. Dare to dream, Havertz has now paid his debt by scoring the most important goal of his career.

It had been one hundred and 24 days since Thomas Tuchel inherited the throne from Blues legend Frank Lampard, who started to turn the side around. Once arriving on a ‘short’ 18-month contract, Tuchel wasted no time changing Chelsea’s formation to a 3-4-3, which prioritised the ball-playing abilities of wide players like Ben Chillwell and Reece James, who both starred in the final. Chelsea’s victory was a combination of Tuchel’s ability to use the monstrous spending of Frank Lampard to his advantage, all 220 million pounds of it, to be exact. Only Manchester City had come close to matching the same amount spent during a pandemic. Tuchel garnered enough trust among the playing group to draw all of them in, to execute a plan that would win, even if it was ugly. That’s not to say he didn’t shuffle the cards around, Tuchel’s tinkering with line-ups: a massive 39 changes to the XI in his first 10 Premier League games meant he was looking for something specific. By the weekend, he had found it.

Kai Havertz, the 71 million pound signing, was no stranger to pressure. When asked if his winning score on the weekend made up for his price tag, the young gun had this to say, “To be honest, right now I do not give a f***. We won the f***ing Champions League!”

The sliding doors moment for Chelsea fans arrives with Tuchel’s call to boldly pick Havertz over Christian Pulisic or Hakim Ziyech, despite Ziyech scoring against City in the FA Cup semi-final AND in Chelsea’s 2-1 league win over City. All in all, this was a victory that depended on one man at the top giving orders and the player’s ability to adapt and listen to those orders. In the end, Chelsea has walked away with an unforgettable win. Tuchel joins Jose Mourinho, just as Havertz joins Didier Drogba and Frank Lampard. The history books will reflect on the weekend’s win differently to that of previous wins. However, they will remain in the hallowed halls of Chelsea’s history books nonetheless.

Alessandro Diamanti Is Proof The A-League Can Be Everything We Want It To Be
It’s Coming Rome: Italy Prevent A Fairytale Win To Be Crowned Kings Of Europe
Loading Comments...
%d bloggers like this: