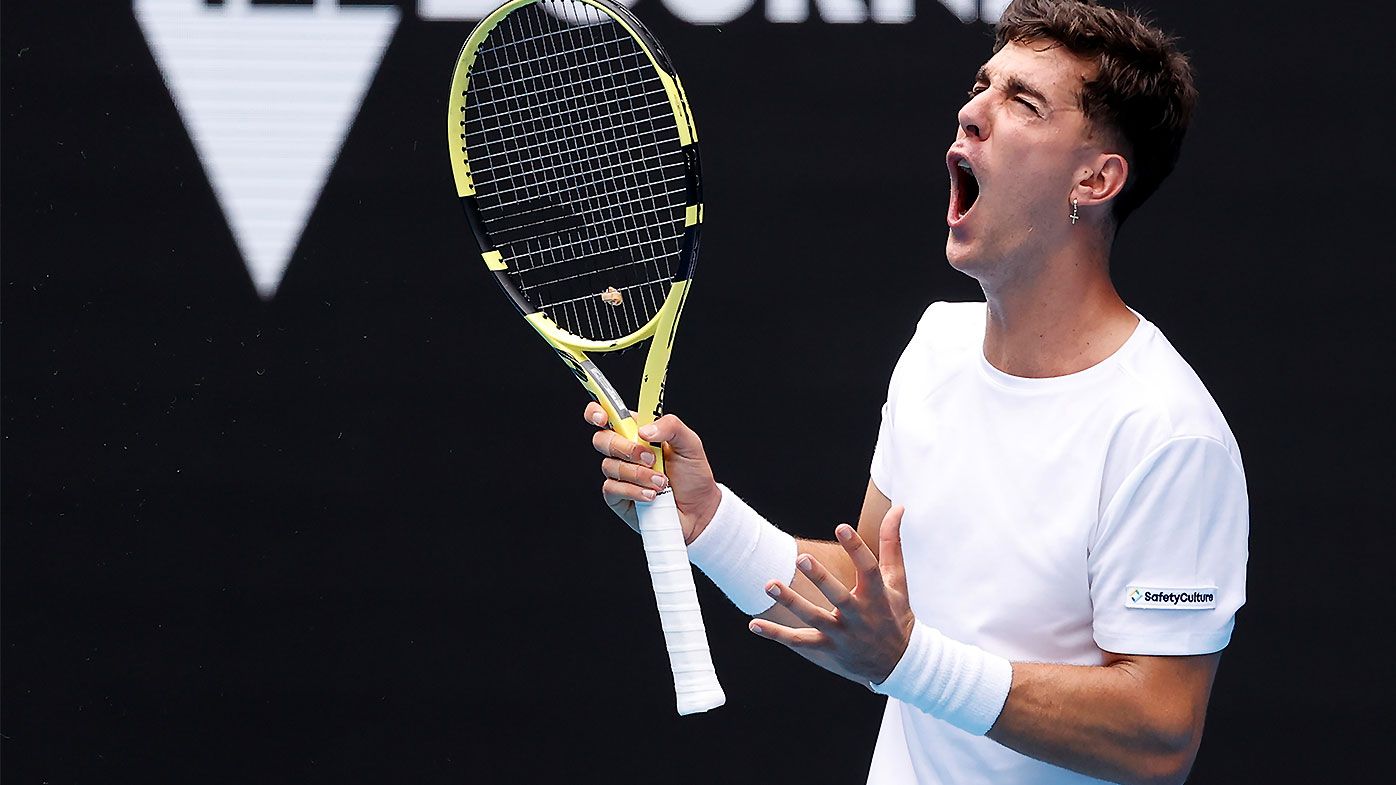 Underestimate this man at your own peril.

It is common knowledge, most athletes are carrying multiple injuries at any given time. The demands at the highest level of any sporting code demands a physical sacrifice. For most, it’s the body not the mind. For Thanasi Kokkinakis, the toll has been described as ‘brutal’ and at times ‘unforgiving’. Kokkinakis isn’t a Tomic, he isn’t an Alex De Minaur or a Nick Kyrgios. He is none of those players, why? Because he has the potential to best them all.

You may sit there thinking, these people don’t know tennis. Well, we like to think we do. Six Australian men and six women will attempt to reach the main draw at the French Open when they take to the first round of qualifying at Rolland Garros from Sunday night AEST. Thanasi Kokkinakis, claimed his first title since 2018 in Italy, having missed the entire 2020 season suffering from a severe case of glandular fever, Kokkinakis is fighting back to form after years of injury struggles, and we love what we see.

Don’t take us the wrong way, we adore most of our tennis stars, however, Thanasi Kokkinakis is yet to show the world what he is made of. We have seen glimpses, teasers of his brilliance, only to see the young Aussie sidelined by injury. Kokkinakis’ height and build makes him a worthy adversary against the top twenty seeds in the world. Following the last Australian Open when the young Aussie pushed Stefanos Tsitsipas to the brink in what many labelled the game of the tournament, opponents, colleagues and the tennis world witnessed just how good Kokkinakis can be. His service game is deadly. Kokkinakis’ points won from a first serve sits at 73%. Another blistering stat—when his first serve is counted in, 40% of the time those serves are unreturned.

Just recently, his triumph at the second-tier Challenger level in Biella—Kokkinakis served up five aces and won 93% of his first-service points to claim the trophy in one hour and 14 minutes. Currently the returning star is ranked 180 in the ATP rankings. His career high was number 69 in 2015. Qualifying for the French Open will be no walk in the park for our Aussie star, he will face ninth seed Mackenzie McDonald. The winner will then have to play Robin Haase in the second round. With a banked win in Italy, Kokkinakis is looking the goods. If you sleep on the young star, it’s your prerogative—but don’t say we didn’t warn you.

Can Anyone Defeat Canelo Alvarez After His Unifying Win?
Mayweather vs Paul: The Easiest Money Heist We Have Ever Seen
Loading Comments...
%d bloggers like this: