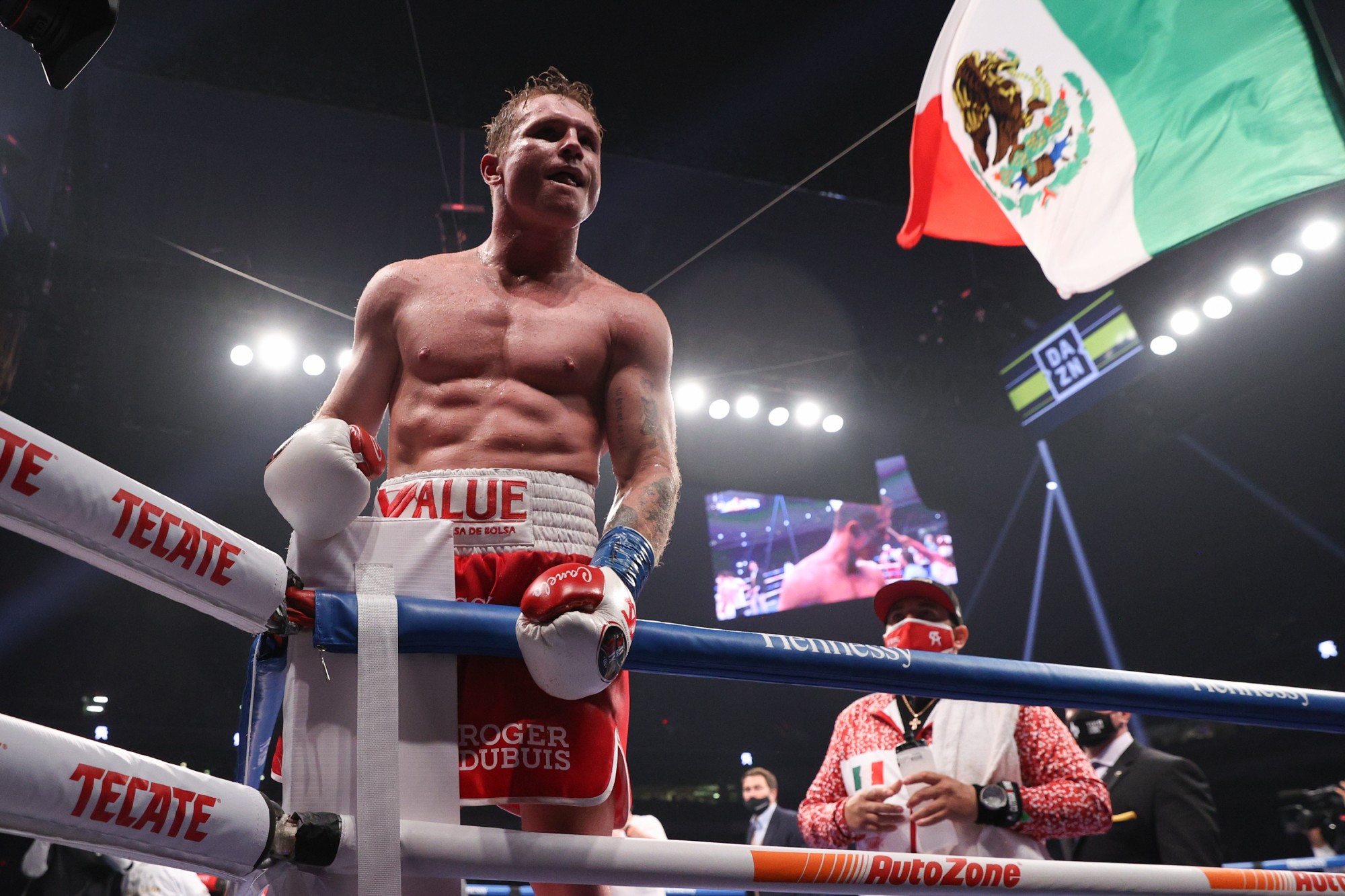 We hate to ask the question over and over again, but can anyone actually beat this man?

Within the eighth round in front of a record-breaking crowd, Canelo Alvarez egged on an already electric crowd, spraying Billy Joe Saunders with punches that would take anyone’s soul. The super middleweight unification fight would prove the dominance of a Mexican champion and solidify a legacy. Alvarez had inflicted painful punches that saw Saunders’ eye close up and end the match all while sitting down.

We ask if anyone can defeat this man with logical reasoning, with the unifying victory, Alvarez holds three of the four belts in the 168-pound division. Even with a translator, Alvarez’s message was crystal clear, “I knew this would be final outcome. I knew it. I think I broke his cheek and knew he wasn’t coming out of the corner. I told Eddy (Reynoso) he wasn’t coming out because I broke his cheek. I knew it was it.”

The champ had broken his cheek, and his soul, like he has done many times before. Saunders was taken directly into an ambulance having sustained injuries so significant, his orbital bone was suspected to be broken. A crowd of 73,126 witnessed carnage in the form of Alvarez, making it the largest crowd in the United States since the beginning of a global pandemic. Perhaps the scariest notion is between the two, Alvarez had thrown fewer punches. In fact, Saunders had nearly doubled the amount of jabs thrown and managed to bridge the ‘power’ gap significantly.

What does this tell us? To the initiated, it means Alvarez is a boxer in his prime, fighting smart, and making every punch count. The total number of hits signifies Alaverz’s ability to not only throw power punches but to also avoid them at all costs. Of the 284 punches thrown only sixty landed on the Mexican, leaving his total punches landed a fraction higher than Saunders’. Many of these stats may have boxing fans ask the same question, who can beat this man?

He doesn’t need to throw many combinations together, he doesn’t even need to land most of his punches to win by TKO. So how do you beat Canelo Alvarez?