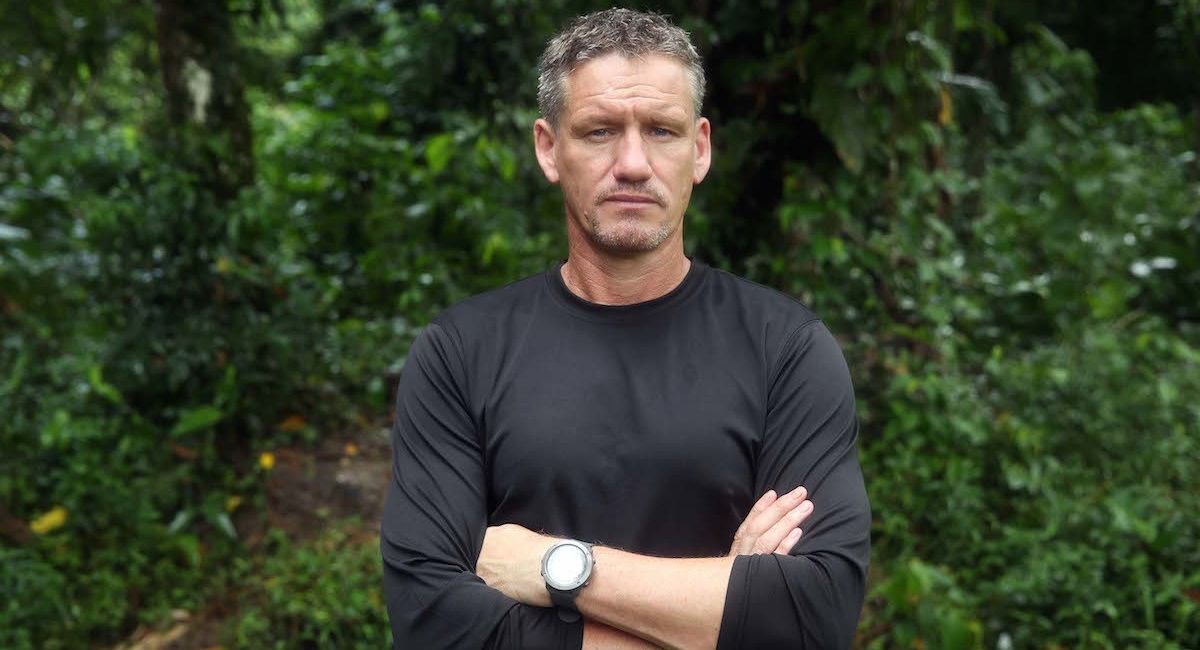 Imagine every character Liam Neeson has ever played in a film, and then think about real life and you’ll get Mark Billingham.

It isn’t every day you have an opportunity to speak to someone who has offered himself as live bait to lure in a sniper who killed 12 people in Ireland. It isn’t everyday you speak to someone who has been a bodyguard for pop culture icons you’ve admired your whole life. Last but not least, it’s not often you speak to a man who has served 22 years in one of the most secretive and feared special forces units in the world.

We had that chance on the Original Ballers. Mark Billingham, who is currently filming season two of channel 7’s SAS Australia joined Steve Kavakos on the Original Ballers podcast. Season three saw the pair jump straight into it, no mucking about. Billingham, who grew up in a family of five based in Walsall, the West Midlands County, England—had been stabbed by the age of fifteen.

“I was always getting in trouble hanging around gangs from the age of nine.” Mark Billingham

There’s something to say for someone who has grown up poor, experienced violence at a young age and then decided to turn their life around as a result. For Mark Billingham being stabbed in the back was not only rubbing shoulders with death, but also flirting with the prospect of rebirth.

“At that age, I was striving to be somebody, I was a middle child. I wanted to be something and I thought I would be that tough guy.” Mark Billingham

Shortly after being expelled from school Mark found his turning point. “My life flashed before me, I remember crawling back to the house, collapsing in front of my mother with blood everywhere.” After that night Mark found solace among people from the cadets and a man who threatened to fight Billingham at the back of a British pub near his house. This man would introduce Billingham to boxing. An art form that assisted Billingham’s path correction like so many before him. When speaking about his love for boxing, the focus, the discipline—sparked a light many would ignore—the calling to enlist in the British army.

The television series, SAS Australia demonstrates the physical and mental strength one must possess to make the Special Forces. However, as brutal as the celebrity reality series may be, Billingham says it’s a short cry from the real deal. Billingham described the mental mindset you have to bring to selection stating,

“It was, and still is, the most physical and mental challenge I had experienced in my life. I had to take it week by week, hour by hour, and minute by minute. You are so exhausted and pushed to the limit, you are on the mountains for the month and then you’re off to the jungle, which is just over four weeks solid. Your stomach shrinks you are dehydrated, you smell like piss because of the ammonia. 90% humidity, you are covered in leeches between your legs on your neck and by the end you let them full up with blood and you don’t care. By day two we lost 80 people to selection.”

Short of being covered in leeches, smelling like a toilet and exhausted to the point of no return, Billingham would experience the worst of the worst—being chased by helicopters, hunting dogs and soldiers equipped with night vision technology to find him and bring him in for the last phase of selection—interrogation.

Understanding Billingham’s success is to understand the person. A man who doesn’t quit. Who believes with the right amount of discipline and hard work, nothing is impossible. Billingham’s experience dealing with hostage situations and fighting ‘nasty people’ as he put it, all comes down to problem solving under pressure, aka, real circumstances and real consequences. To choose right, may save a life, to make the wrong choice could lead to multiple casualties including losing his own life. Billingham’s stories about SAS selection was only the beginning.

Billingham was honest and nice enough to open up about his emotional moments with his late father, his lighter moments acting as Tom Cruise’s bodyguard, and even meeting her Majesty, the Queen, twice where Mark Billingham was awarded an MBE. In true British fashion Billingham referred to her Majesty as ‘Mom’ stating, “she’s your mom, honestly she is such a wonderful person.”

To hear the rest of the podcast, head to the link below or alternatively head to our Spotify channel below.

Should you wish to see Mark Billingham in person, you’ll have your chance as he will be touring Australia giving some heart-to-heart talks in various states. See the designated dates below.

There’s A Four-Day Music Festival Coming To The Whitsundays In October
You Can Now Stay In Lionel Messi’s Spanish Ski Resort
Loading Comments...
%d bloggers like this: