Hideki Matsuyama: The First Japanese Man To Win A Masters 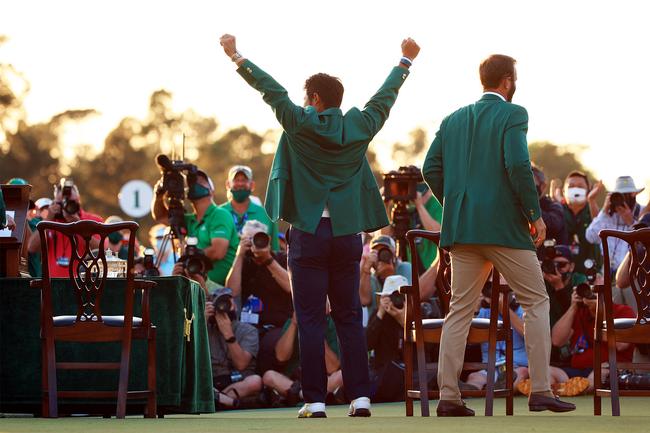 Hideki Matsuyama claimed more than a Master’s victory, he claimed a piece of history that will grant him immortality.

Japan has always been known to foster a strong sense of honour and perfection in matters of sport, life and just about every other aspect you could possibly imagine. Never in the country’s long list of golfers has a male player ever claimed a Master’s win. Hideki Matsuyama won his country’s first Master’s title in a scintillating finish that saw Matsuyama win by one shot against Will Zalatoris in Augusta. The last Asian-born male to claim victory at the Masters was South Korea’s Yang Yong-eun in 2009.

Now, besides the handsome $2.7 million in prize money, Matsuyama has also won the hearts of his home country and the world for that matter. To think the difference of one-shot would make such a difference to not only one man but a country. That is why golfers always defend their sport to the very end. A game of patience, mental warfare, and focus are the true nuances of golf, and Matsuyama proved to the world why it’s so important to play every shot like it’s your last.

Matsuyama age 29 turned professional in 2013 when he was 21. After joining the PGA tour in 2014, Matsuyama would go on to claim the Memorial tournament and put his name forward as a Masters contender. Matsuyama scored 1-over-par 73 in the final round of the Masters, which kick-started a mean comeback story shortly after his ball landed in the water on the 15th hole. His end result would tally a score of 10 under par for the week.

For Matsuyama, the victory will hopefully inspire other Japanese players seeking their shot at a green jacket and even more so partaking in the great game of golf. “Hopefully I’ll be a pioneer and many other Japanese will follow,” he said through a translator shortly after being awarded the trophy and iconic green jacket, which was given to him by 2020 Masters champion Dustin Johnson, who’s American. “Hopefully I will open the floodgates,” Matsuyama stated.

The PGA tour went on to express their congratulations on what was a victory made extra special by the history-altering win of the year. “Matsuyama was the first Japanese player (and first Asian) to win a World Golf Championships event,” noted the official PGA Tour website in late 2020. “He hopes to be the first to win a major championship and a FedExCup.”

Shortly after Matsuyama’s win, a touching photo surfaced on the web showing a green jacket draped over an airport-gate chair as a humble Matsuyama waited to board his flight.

A win to mark history is not just a win for the individual but for all lovers of sport. Given the year we all have had, it was fantastic to see a smile big enough to win over a tournament, a country and golf supporters all around the world.