Here Are 7 Of The Greatest Sneaker Books You Can Buy 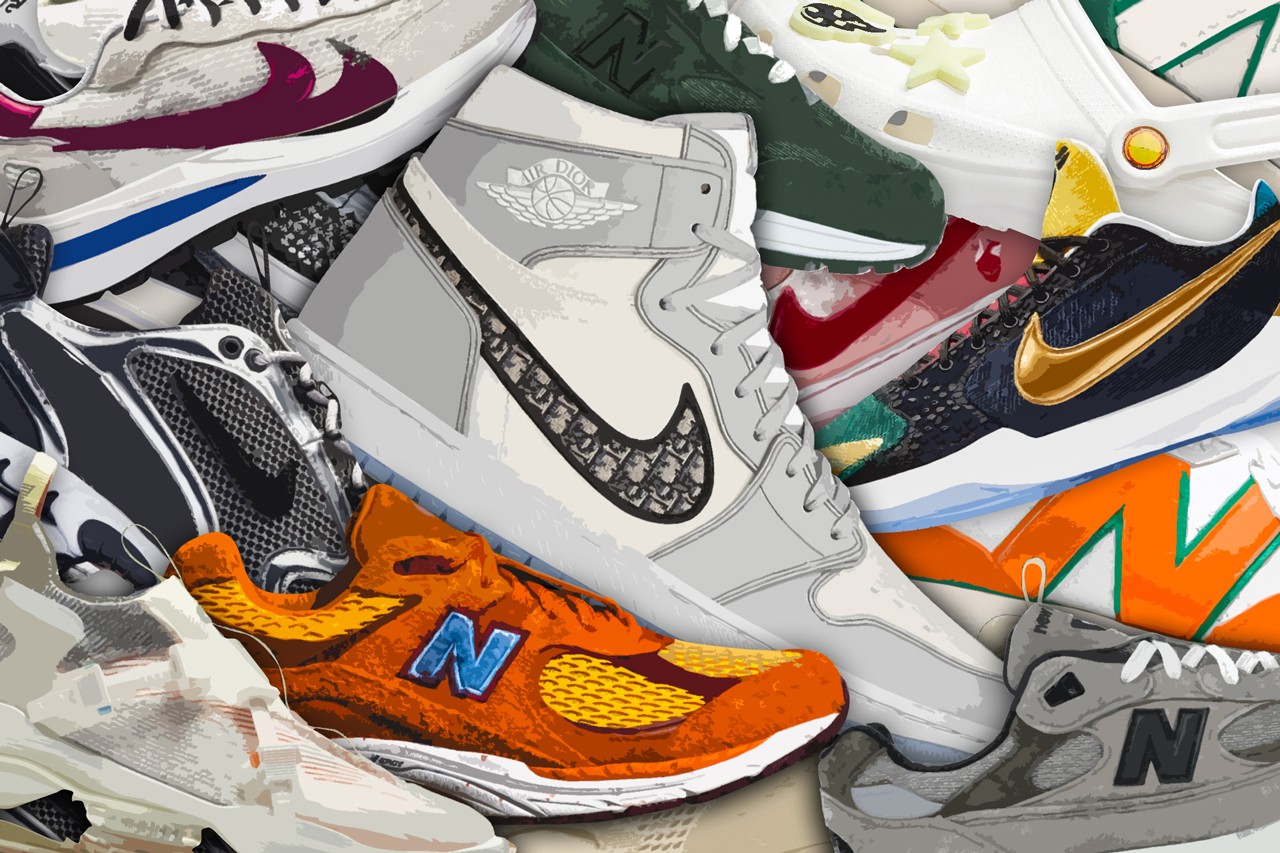 Sneaker culture is a melting pot of sports, hip-hop and luxury so naturally there is a lot to unwrap, like pulling the paper back from your fresh kicks. Before the sneakers we know today they were called Plimsolls, invented by Wait Webster. Sporting crude rubber soles that were great for athletes but as you can imagine, terrible for style. Fast forward to today and the humble athletic shoe is now an 85-billion-a-year industry that shows no signs of slowing down anytime soon. On one hand it’s understandable because everyone wears shoes, right? but on the other hand this cultural giant that is known for sneakerheads dominating the scene has rich history hidden within the stitching. Have you ever wondered about the story behind your sneakers as you slip on your Jordan’s, or perhaps your Stan Smith’s?

The hype train really began in the 80’s when Michael Jordan wore the first pair of Air Jordan’s, the “Grandfather” of modern sneakers, on the court. But ironically in the days of boomboxes and bomber jackers the iconic red and black shoes weren’t a part of the NBA dress code slapping Jordan with a $5000 fine. In a business move that undoubtedly paid off, Nike footed the bill. Jordan went on to win Rookie of the Year causing Air Jordan’s to sell out and claim the top spot, to this day, as the best-selling sneaker. The following year with Nike taking charge of the sports market Adidas collaborated with Run-D.M.C to give us a new vibe, an everyday, non-athletic sneaker. This idea that sneakers aren’t just for athletes anymore really took off in the turn of the century when Kanye came onto the sneaker scene. Kanye collaborated with Adidas to release Yeezys and opening the door for anyone who has a curiosity for style to rock the modern kicks. Yeezys designs really are like nothing else, that became the statement sneakers. Following in Kanye’s shoes other big brands ran with the booming culture to release exclusive designs that sneakerheads scrambled to get their hands on.

Now-a-days sneakers are a global status symbol, anyone who is anyone is seen rocking the latest kicks. With this cultivated list of sneaker books there’s something for every sneakerhead, whether you wear them for comfort, style or are a self-professed collector. From inspiring memoirs by the entrepreneurs behind your favourite brands to comprehensive lists of the iconic must-haves. There are also fun sneaker facts that you can impress your mates with, did you know that the Nike swoosh comes from Greek mythology and represents fluid movement and speed? (probably, that one was too easy.) If nothing else grab a book to read while waiting in line to snatch up the latest release.

Where’d You Get Those? gives an in depth look into the sneaker culture in New York, how the big-name brands established themselves with comprehensive detail and running commentary that weigh the pros and cons of each sneaker. Examining around 400 sneakers this title is the textbook of sneaker literature, but don’t worry it won’t be on the test.

With a cover that is made to look striking on the coffee table Sneakers is cultivated with interviews from the greats that give an inside look of the sneaker culture that we know today. From the sneaker scandals to what it’s like in the thick of the industry, there’s a story for every sneakerhead.

If your love of sneakers is centered around collecting the designer editions then this one is for you. It’s a global survey of the limited edition sneakers that you will find yourself lusting over. Sneakers: The Complete Limited Editions Guide, gives informative text that accompanies pictures of the sneakers with year released, edition, original purpose, technology and extra’s. The must have reference guide for hardcore collectors.

Sneaker Wars: The Enemy Brothers Who Founded Adidas and Puma and the Family Feud That Forever Changed the Business of Sports, by Barbara Smit

Have you ever wondered what it would be like opening a business with your brother? Adi and Rudi Dassler’s story answer your burning question, with a family feud that ended in them splitting the business and walking their own paths, Adi coining Adidas and Rudi coining Puma. A story filled with family realness, business, sports and history as it was made. Amongst the drama it must feel like a happy ending if they both have multi-million-dollar businesses.

Sneaker history at its finest, from an Australian magazine Sneaker Freaker to book, Sneaker Freaker: The Ultimte Sneaker Book Simon “Woody” Wood takes us through 100 years of the industry. Giving us the insider knowledge chapter after chapter from the industry greats while sprinkling in his own observations. The title doesn’t lie, it is the ultimate sneaker book.

Shoe Dog: A Memoir by the creator of NIKE by Phil Knight

Shoe Dog follows the CEO behind Nike, Phil Knight as he leads us through his business journey which is the start-up dream. While Shoe Dog isn’t marketed as a business book it does give insights into how to build a business from the ground up amongst the road of his life that is filled with the nitty gritty very human details. An inspiring memoir for entrepreneurs and sneakerheads alike, Shoe Dog is as motivating as the iconic phrase, ‘just do it’.

Stepping away from the big brand picture Stan Smith homes in on the iconic minimalist Adidas sneaker the Stan Smith. More specifically the man behind the shoe, Stan Smith. With anecdotes from the former tennis player and the journey of the collaborative design market from pop-culture to Bollywood, Stan the man gives a story worth reading. And let’s be honest, who amongst us thought he was a shoe?