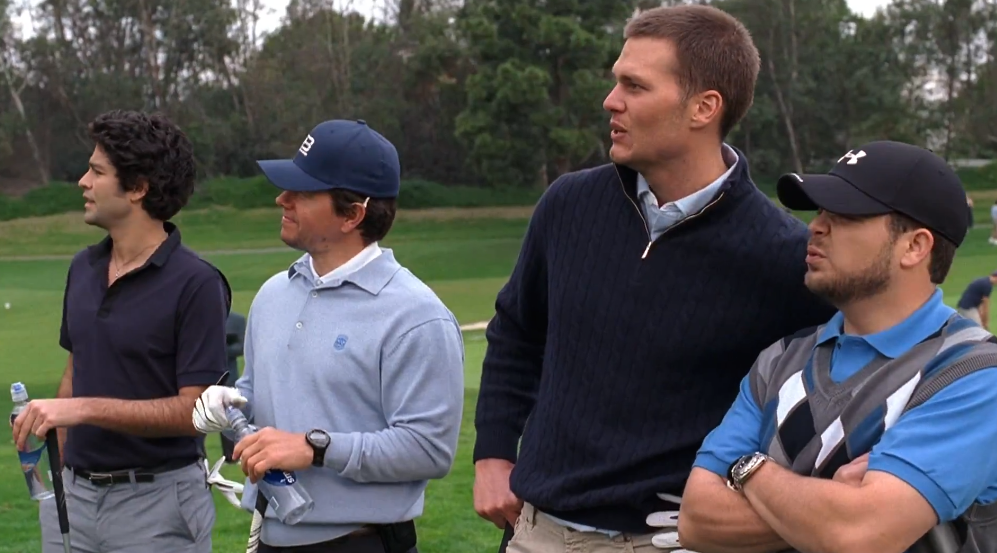 It’s a slippery slope, there’s no doubt you’ll know one of these characters. Which are you? Which one of your mates needs to see this?

Golf has long been the sport of gentlemen, you’ll see these characters out and about. Some you like to love, and some you just want to avoid at all costs. The overconfident driver, the ‘short game specialist’ the ‘I’m here for a pie and Gatorade dude’, the guy with all the gear and no idea. There’s no shortage of testosterone on the fairway. To play 18 holes is to spend the day with mates and test our iron-will as well as our new set of shiny never-used clubs that will either send us to the brink of madness or make our month. Lucky for us the television series Entourage captures the various golfing characters we all will meet once in our lives. Here are the top five personalities you’ll find on the fairway.

There’s always one. The guy who will talk a big game leading up to your 18 holes. The one who will supposably birdie a par 4 only after he has lost four golf balls, held up the group behind and masked his disappointment with excuses of his performance. These guys bruise easily, their egos unless checked with actual skill have a high chance of not finishing the 18. Only to head back to the clubhouse and wallow in self-pity while smashing a pint and a pie.

The smart arse who has no interest in playing

No way this individual cares about the end result. Instead, he’s happy to sit back and dish out shade to all those who planned on actually trying to finish the day on top. Full of one-liners that will push your mental capacity to the brink, this individual is just happy to pilot the buggy with one hand, a beer in the other, and relax while chaos unfolds all around him.

Unfortunately for this individual, a day on the green will have him seeing red. There’s absolutely no hope he will make it till the end without digging up half the course, throwing a club, or using his club as a Taekwondo wood block. Lucky for the rest of us this individual is often the reason we have such great stories to recycle for years to come.

The naturally skilled athlete who doesn’t care but will win

This is perhaps the one personality that will trigger most of the above. He doesn’t really care, however, his natural athletic ability is enough to destroy the rest of the group both mentally and physically. His drives are long, his approach shots drop perfectly on the green and his puts are as good as Happy Gilmore when he is in his ‘Happy place’. He doesn’t remember his handicap and that infuriates anyone he plays with. Soon, he’ll either stop getting the call-up or will be the force everyone wants to defeat. Either way, he can’t be beaten and his ‘I don’t care attitude will break everyone like a half-eaten tee at the start of the first hole.

Like Mark, the day won’t happen unless this individual pulls it together. He is dressed the part, isn’t bad, and will enjoy the day because he’s happy to be out of the house. Winning isn’t everything however, he doesn’t want to finish last. He’s the dude the others will stand next to and chat about their game, even though he doesn’t give a sh**.

Inside The Most Expensive Apartment Ever Auctioned In Australia
There’s A Four-Day Music Festival Coming To The Whitsundays In October
Loading Comments...
%d bloggers like this: