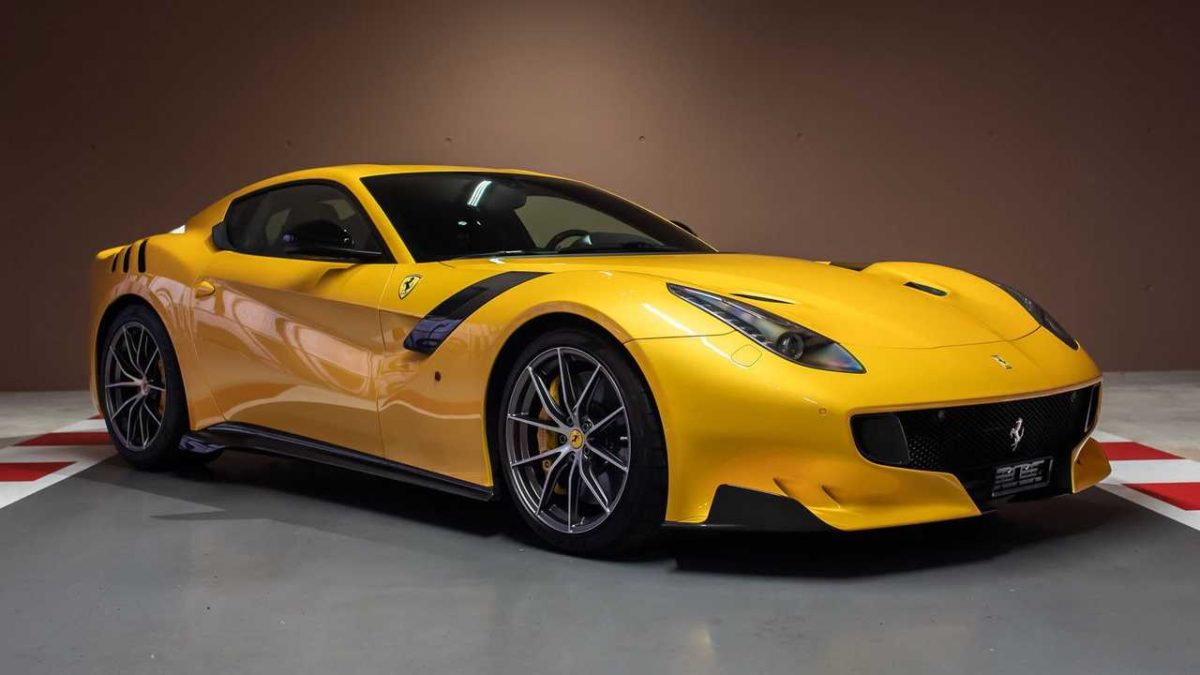 After a less than civil parting of ways with team Ferrari, Sebastian Vettel has put his entire Ferrari collection on the market, proving one man’s trash is another man’s treasure. His extensive collection of cars, all of which are located in Switzerland – where the four-time world champion resides, have been put up for sale under supercar dealership Tom Hartley Jnr in the United Kingdom. The newer models also feature personalised touches from the German race car driver such as a “Vettel” script on the headrests of the LaFerrari and F12 TDF.

Below is every car currently up for grabs:

2016 Ferrari LaFerrari – “A very late production example and only 490 km from new. Benefits from single ownership and a huge list of optional extras.”

Selling his cars might be the closer Vettel needs after a tumultuous run with the Ferrari F1 team last year. After facing a season full of engine troubles and penalties on the track, the iconic Italian racing team decided not to renew Vettel’s contract. Ferrari boss Mattia Binotto said the coronavirus crisis prompted the move not to extend Vettel’s contract, as the company found itself in a “unique” position amid the pandemic. “I think the virus and pandemic situation, which changed the entire world, not only our motorsport, our F1,” he said.

“The budget cap has been changed by quite a lot, and is a lot more strict, the regulations have been postponed from ’21 to ’22, which somehow was something important for us. “So, during the shutdown as Ferrari, we had to eventually reconsider our position.” Vettel claimed to be blindsided by the team’s decision to drop him as he became aware of the news through a “surprise” phone call in July last year.

“That surprised me at first. The conditions with corona and so on – I don’t want to harp on it now, but I don’t think they’ll be that decisive.” Though Vettel kicking his Maranello machines to the curb resembles a bitter girlfriend cutting up photos of her ex (cue the Ben Folds playlist), 2021 looks to be a more promising year for the four-time F1 champion as he will be-apart of Aston Martin’s relaunch. After opting to let go of Sergio Perez, Aston Martin announced in September they offered Vettel a three-year $40 million contract. Vettel’s new F1 car will also be revealed ahead of the Bahrain Grand Prix on March 3, with pre-season testing to follow on March 12-14.

Aston Martin team principal Otmar Szafnauer welcomes the high-profile race driver to the team as he believes Vettel is the perfect leader for the launch of Racing Point’s new era.

“It’s hugely exciting for everyone in the team, “He brings a winning mentality and we will all undoubtedly learn a lot from him on this journey,” he said. Despite having a crushing last season with his former flame Ferrari, hopefully, there’s still enough hunger in Vettel to pull out another winning title come March 2021.