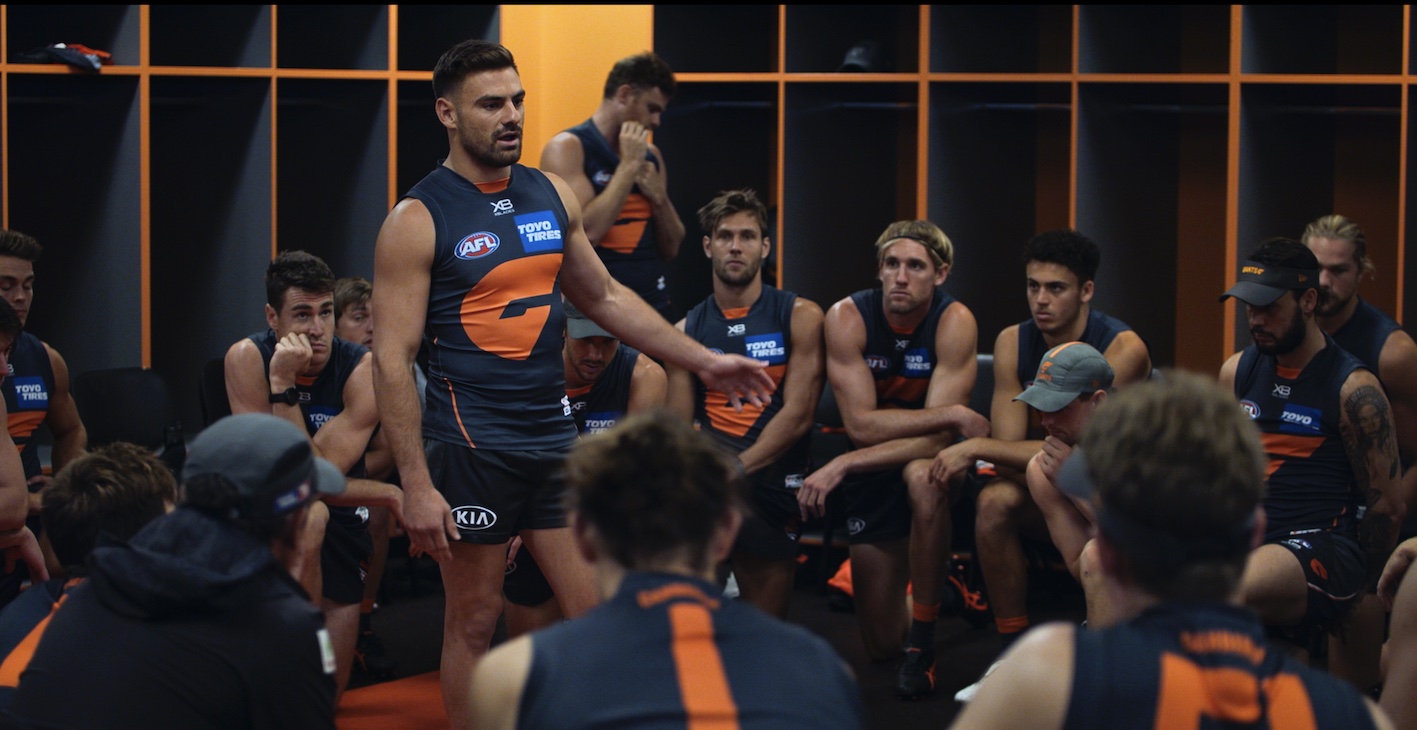 AMAZON Prime Video has dropped a new seven-part series centred around the AFL’s tumultuous past season amid the pandemic.

Director Gil Marsden said the series is a “true celebratory snapshot” of the 2020 AFL season, and an unprecedented behind the scenes look into the sport.

“We were not only able to showcase the best of the best players at the top of their game, but also the teams’ resilience on their road to victory. “A crisis like [COVID-19] tested the strength and determination of every team in the league, whilst the teams continue to be delivering the best AFL for fans across the year. “It is an incredible honour to be trusted by our clubs to witness firsthand their sacrifices and challenges this season, which culminates on-screen with Richmond’s epic Grand Final win.” The trailer promised some gut-wrenching moments including when Greater Western Sydney captain Stephen Coniglio was dropped, the 12-week suspension due to COVID-19 and life inside the quarantine or “paradise jail” according to Nic Nat.

But most insightful moments show the impact of discrimination faced by Indigenous player Eddie Betts, when he point-blank declares, “I just wanna play footy without being racially abused.”

Last year was a telling year for the AFL, with former Collingwood player Héritier Lumumba criticising the lack of “anti-racist policies” allowing a culture of discrimination within the Collingwood Football Club.

Lumumba told ABC Radio Melbourne last year he was frequently taunted with racial slurs by other players during his 10-year stint with the Magpies.

“What would anti-racism policies look like? It would look like more stringent punishment around cases of racial discrimination, around nicknames, around jokes.”

Though the claims prompted an investigation, Lumumba was quick to call out the club for commissioning a report that was “internal”. However, despite Lumumba stating he would not comply with Collingwood during the investigation, the review found the club was guilty of “structural racism”.

Following the report, Collingwood president Eddie McGuire said he would step down from his role at the end of 2021 and would spend the rest of his time as president setting up the “new era” of Collingwood.

But it’s not just Collingwood who have dealt with a fair share of racism allegations, as the AFL has a long history of prejudice – directed mainly towards its First Nations players.

Even when AFL players came together to support the Black Lives Matter movement – displaying their allegiance by kneeling before every game, Eddie Betts copped a hurl of abuse on Twitter that same weekend.

Betts highlighted the comment depicting him as a monkey in June of last year. He stated on Instagram, “If ever there was a time where our focus on this needs to continue more than ever, it’s now.

“We each have a responsibility to ourselves and each other. To continue to listen. To learn. To educate.

“All I want to do is rock up to training, play and enjoy the game of footy.

“I’m sick and tired of it, but I want the AFL to be a safe platform for young Aboriginal kids to come and enjoy and play footy without being racially abused.”

‘Making Their Mark’ will also feature Nic Naitanu – the West Coast Eagles player who also recently expressed the frequent racism he faces on and off the field.

“I don’t mind if you bag my football but if you start bringing race or family into it, what hurts me more is when they do it to my teammates – especially younger teammates,” he said.

“I got younger teammates like Liam Ryan who cop it all the time, and he went through a phase where he was copping it every single week.

“If they haven’t been given the tools or resilience to look past it or be a bigger person and not let it affect them, that would be okay, but when I see how much it hurts them and hurts their family.”

The docuseries is available to watch on Amazon Prime.

The New Snyder Cut Trailer Brings Joker To The Justice League
Here’s What It Will Cost You To Eat At Salt Bae’s Restaurants
Loading Comments...
%d bloggers like this: