Conor McGregor’s Proper 12 Payout Will Double His Net Worth 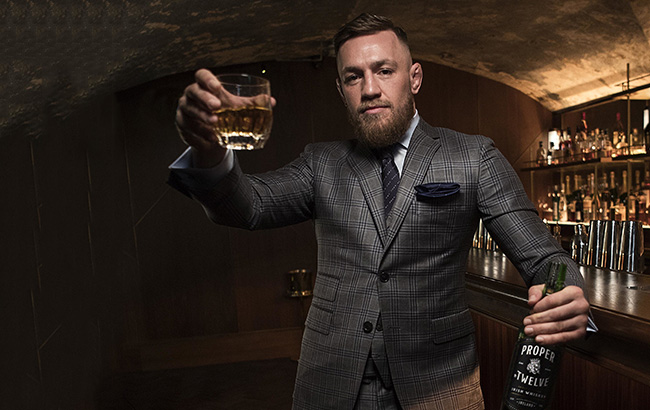 Sometimes it pays to sell out!

The Irishman has reportedly doubled his net worth after being bought out of his whiskey company, Proper No. 12.

He may still be recovering from his devasting defeat against Dustin Poirier at UFC 257 in January, but McGregor is set to receive a huge payday, thanks to Becle – best known for Jose Cuervo Tequila.

McGregor launched his whiskey brand – Proper No. 12, under the parent company Eire Born Spirits (EBS) but has reportedly been bought out of the company with a handsome £112million check.

The Mexican Corporation Becle previously acquired 20% of EBS but has since increased its stake to 49 per cent as the brand became hugely popular. Now, the company is looking to buy the remaining shares, leaving McGregor’s future with EBS uncertain.

McGregor will reportedly split his earnings with his manager and Paradigm Sports Management CEO Audie Auttar. McGregor is said to have “doubled” his net worth – now estimated to be $300M (US), according to Joe.co.uk.

EBS was founded by McGregor with Auttar alongside spirits industry entrepreneur Ken Austin in September 2018. 12 weeks before the highly anticipated fight between the Irishman and Khabib Nurmagomedov at UFC 229, McGregor launched Proper No. 12 – an instant success and deemed by Proximo Spirits CEO Mike Keyes “fastest-growing brand in the Irish whiskey category”. At one-point Tesco stores in Ireland capped bottles two per customer due to the high demand.

McGregor, who was extensively involved with the promotion of the Proper No. 12, took to Instagram shortly after its launch and announced, “Over $1b generated in Whiskey sales in my first year! Like it or not, there is a new King in town! Proper Whiskey, liquid sunshine!”

However, despite the Dublin fighter’s heavy involvement in the brand, Becle last month issued a press release stating they were seeking to acquire 51 per cent of the equity interests of EBS and will announce more details “upon the closing of the transaction.”

Though his exit from the company is impending, the UFC champion posted a video last week, purchasing a bottle of Proper No. 12 at the Gala shop in Straffan, Co Kildare, with the caption, “Support local”.