10 Most Memorable Moments From The Australian Open 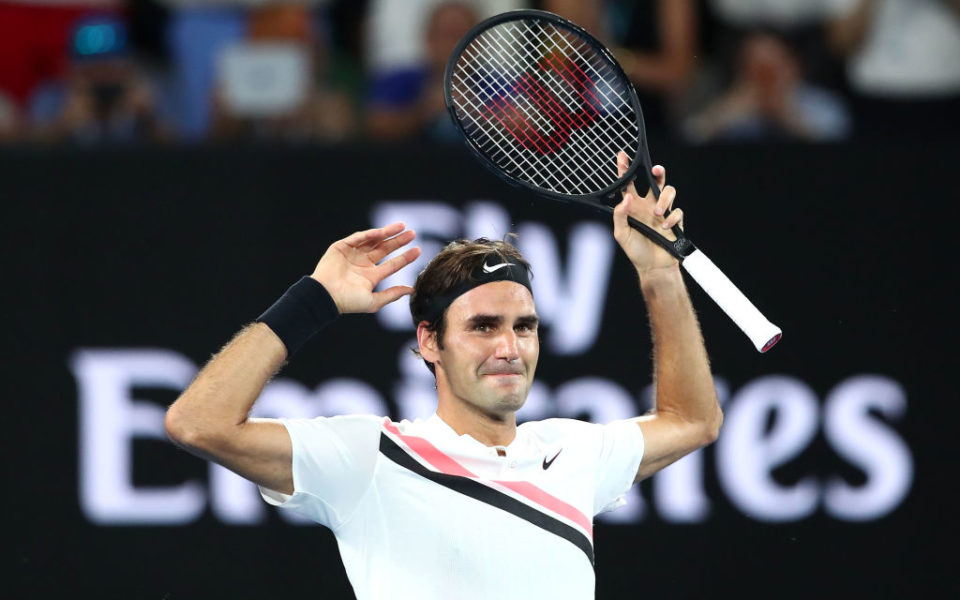 Melbourne is truly a cultural mosaic, known for the NGV, Degrave’s Street and home to the Dim Sim. The City is also the host of one of the biggest sporting events in the Southern Hemisphere. Often referred to as “The Happy Slam” – The Australian Open has had more than sweat and tears shed its courts, as its also delivered major mouth-watering drama, which, at times felt more like a telenovela. In celebration of this year’s tournament, here are the top 10 most memorable moments the Grand Slam has ever seen.

It was a monumental comeback made by Jennifer Capriati. Despite personal issues that almost diminished her career, Capriati swung into The Aus Open full throttle to defend her winning title, and that she did. Even though the 2002 Women’s Final, was not met without adversity – most notably Capriati arguing with the umpire about a linesman’s call, she managed to pull out a 4-6, 7-6 (7), 6-2 victory over three-time champion Martina Hingis.

Let’s face it, tennis is one of the most heated sports out there – with the likes of Leyton Hewitt and Bernard Tomic, players are not exactly known for their cool and easy temperament for McEnroe at the at 1990 Australian Open – his anger proved just that. In his fourth-round match against Mikael Pernfors, the American was disqualified after receiving three code violations for unsportsmanlike conduct and intimidation against a lineswoman on the court. Umpire Gerry Armstrong defaulted McEnroe under tournament supervisor’s instruction, Ken Farrar. McEnroe was also fined $6,500 US dollars for the outburst. What an expensive ‘tanty’.

In one of the most gruelling matches to date, In the first Australian Open in 1969, Rod Laver led to victory with a 7-5, 22-20, 9-11, 1-6, 6-3 over Tony Roche in the semi-finals. The two Australians played a 90-minute game on a day that reached a scorching 39 degrees. In his memoir “The Education of a Tennis Player”, Laver recalls how both players kept cabbage leaves inside their hats to keep cool.

Melbourne’s known for its unpredictable weather and in 1995, The Aus Open fell victim to the City’s erratic climate. The semi-final between Andre Agassi and Aaron Krickstein came to a screeching halt after the drainage system failed during a power outage, drenching the centre court. The players relocated indoors at Rod Laver where Agassi defeated Krickstein with a 6-4, 6-4, 3-0 win.

The pressure was at an all-time high between long-time rivals Andre Agassi and Pete Sampras. Sampras reached a career-high with 37 aces, four of them hit with second serves against the world’s No.1 player and No. 1 returner at the time. However, despite this impressive performance, ultimately, Agassi prevailed and finished the game off with a 6-4, 3-6, 6-7 (0-7), 7-6 (7-5), 6-1 victory.

Who can forget the “Sister Slam” on January 25, 2003, when Serena Williams defeated Venus Williams, marking her fourth consecutive Grand Slam win. The two played their first Australian Open final, where Serena led to victory with a 7-6, 3-6,6-4, adding another Grand Slam title to the French Open, U.S. Open and Wimbledon crowns – which had not been achieved since 1994 by Steffi Graf. After Venus lost with four straight errors in the final set, the sisters met at the net and put their arms around each other. Venus, 22 at the time, paid tribute to her sister. “I wish I could have been the winner. but of course, you have a great champion in Serena, and she has won all four Grand Slams, which is something I’d love to do one day,” she said. “So, yeah, I’d kind of like to be just like her.”

With all 15 matches between Steffi Graf and Monica Seles, the 1993 Aus Open match was one for the books. Seles ranked No.1 heading into the tournament, having won The French Open for three consecutive years and The US and Australian Open in consecutive years too. Steffi Graf was the only real threat to Seles, as prior to Seles’ reign, Graf was the undisputed No. 1 player who won nine Grand Slam titles and earned the “Golden Slam” in 1988 by receiving all four major titles and a gold medal at the Summer Olympics. However, Seles beat the German 4-6 6-3 6-2, marking her third consecutive Australian Open Women’s Singles title.

The quarter-finals match between Pete Sampras and Jim Courier did not only possess a few strokes of tennis artistry but pulled at the heartstrings as well. A month before the match, Sampras’ coach Tim Gullikson – who had nicknamed Sampras “Pistol Pete”, was diagnosed with brain cancer, forcing him to fly home from Melbourne. As the fifth set played out, a fan from the crowded yelled out, “Do it for your coach” and Sampras began to weep. While Sampras became more and more visibly upset, in an act of true sportsmanship, Courier asked, “Are you all right, Pete? We can do this tomorrow.” But despite the emotional toll, Sampras managed to hit a 23rd ace and a service winner, defeating Courier.

The finals match between Rafael Nadal and Roger Federer was one of epic proportions. In what lasted five sets over more than four hours, Nadal ultimately triumphed with 7-5, 3-6, 7-6 (3), 3-6, 6-2 for his fifth successive victory over the Swiss – ruining Federer’s attempt to equal Pete Sampras’ record of 14 Grand Slam titles.

The 2012 Men’s singles final was a brutal marathon, where two greats came head to head in the longest major match in the open era. Djokovic finally wore down Nadal, in a match that lasted 5 hours and 53 minutes surpassing the previous record of four hours and 54 minutes when Mats Wilander defeated Ivan Lendl at the 1988 US Open. Djokovic led to victory after five gruelling sets to which he a broke a 6-5 lead and saved a breakpoint, in the final set winning 5-7, 6-4, 6-2, 6-7 (5), 7-5, winning his fifth Grand Slam title.