You Can Now Up Your Sneaker Game With Levitating Gravity Stands 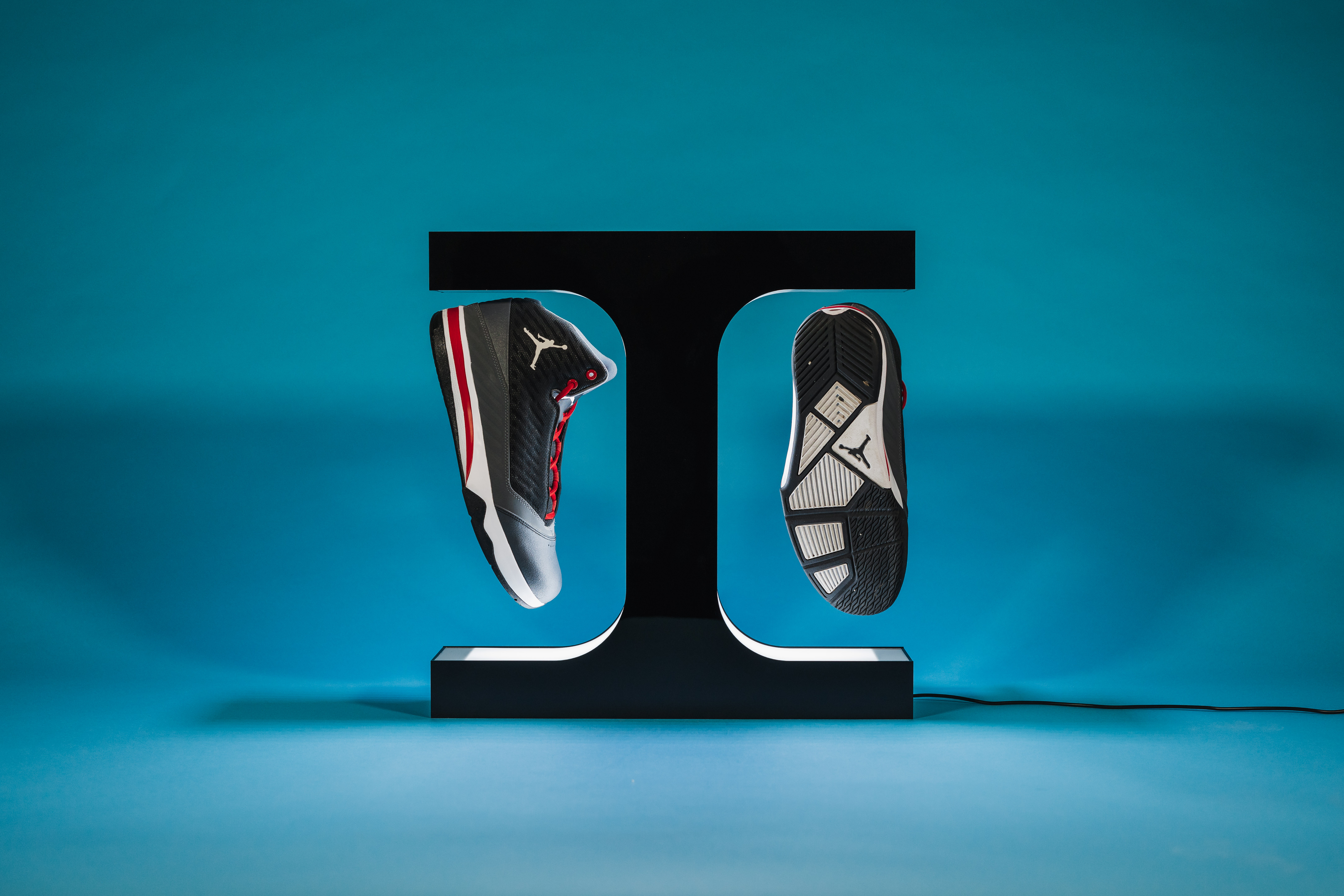 It’s one thing to be a sneaker collector—another thing to store them like a celebrity.

Sneaker culture first burst on the scene in America during the 1980’s. Sneakerheads sprouted from the streets with the rise of both Michael Jordan and hip hop culture. Fast forward to 2020, sneaker culture or more specifically the sneaker industry is now a billion-dollar industry filled with exclusive kicks, luxury patents and ripe competition.

Pop culture figures RUN-D.M.C. flew the Adidas flag while Michael Jordan saw the rise of Air Jordan. Sneakers fast became a religion, not an item of desire. Sneakers emulated the same life attributes that cars do today. A new and fresh pair of Air Jordans, all in black meant you had either urned yourself a pay rise or likely had some stroke of good fortune to land an exclusive set of wheels without an engine.

In the film; Get Rich or Die Trying, Curtis Jackson aka 50 Cent explained the significance of kicks on the streets of America. People killed for a pair of ‘Air Max Ninety Fives’. What started as a pure sports shoe, became a telling story of who you were and who you wanted to be. Sneakers went from sporting necessities to public displays of success. In 2020 pop-culture icons like Drake and Kanye West lead a very divided industry. Drake’s allegiance sits with the ‘Just do it club’ while Kanye is well situated with Adidas and his company Yeezy.

Many sneaker collectors would argue there’s no point harvesting a collection worth a mint and not presenting them as the prized possessions they are. Enter SCHUMI, a sneaker storage solution for the best sneaker line up. SCHUMI is an Australian owned business since 2015 producing a global range of world-famous sneaker storage systems. If you haven’t seen a gravity stand in action you’re in for a treat. Levitating sneakers may seem like a notion belonging to science fiction, however, SCHUMI has perfected the futuristic display of dunks and your most prized sneakers. They literally don’t touch the ground, they float like a butterfly and sting like a bee (we had to say it). The current sneaker market is flooded with big name brands. Yeezy, Nike, New Balance and Adidas have been at each others throats for some time. With the rise of luxury sneakers, Balenciaga, Louis Vuitton and Alexander McQueen luxury sneaker stands have never been more vogue.

Levitating sneakers may seem like an option not a necessity, however to the initiated it means clean sneakers free of any surfaces and kept in pristine condition. For years and generations sneaker heads have sought ways to keep their prized jewels in mint condition. Thousands of YouTube videos explaining how to clean white trainers with toothpaste and a toothbrush, stain removers and different custom shelves whereby you can keep your wheels sleek and unspoiled. SCHUMI is the new and most advanced way sneaker collectors can not only keep their trainers unspoiled, but also the best way to showcase their trainers to the world. Here’s how you can nab a Gravity Stand for yourself and how you can up your sneaker game with SCHUMI.