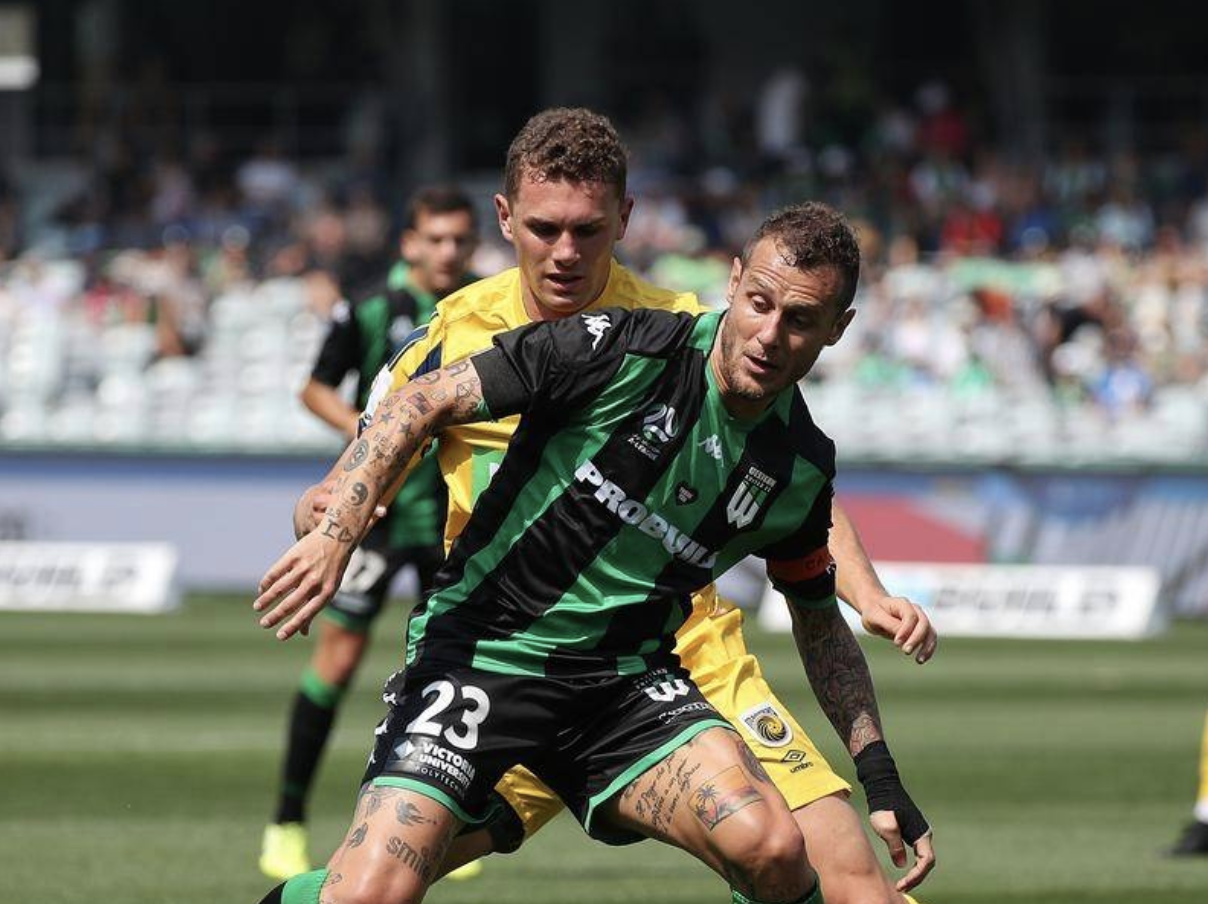 The former Fiorentina and West Ham United player is destroying his opponents in style.

The A-League is the home of Australian football, our version of the EPL, minus the billions of dollars, teenage sensations and coaching royalty. However, nestled in the cracks and creases of the competition lies a diamond in the rough. Alessandro Diamanti is a household name among Western United supporters, his magical ability to score, and set up goals week-in week-out make him a player foes love to hate, yet respect at the same time.

At an International level, Diamanti represented Italy at the UEFA European Football Championship in 2012, winning a runners-up medal, and at the 2013 FIFA Confederations Cup, winning a bronze medal. Diamanti is a dynamic, creative and technically gifted left-footer. You can hear commentators yell, “Diamanti!” When he scores in the 90th minute or in extra time. He’s that type of player, the player who reminds you of top-shelf sporting legends such as Francesco Totti or even the A-League’s cameo star Alessandro Del Piero. He moves like them, acts like them and even plays like them. The A-League has searched endlessly for overseas talent carrying something more than just a pretty resume. They found it in Alessandro Diamanti.

The powerhouse goal scorer prooves polish, a hint of arrogance and a touch of finesse make a goal keeper’s nightmare, as he scored two incredible goals against the Western Sydney Wanderers over the weekend. While the Italian is spectacularly serving Western United, he is also a blueprint for overseas players and the A-League alike. It’s this type of play, this type of class that makes competitions like the EPL and the Champions League so easy to watch. It’s attractive. It’s dare we say it, audacious football.

If you clicked play on the clip above, you’d know what we are talking about. Alessandro Diamanti taps into the unexpected, the bold and downright beauty of football. If every team in the competition paired two critical players like Diamanti, the A-League could become a monster down under. When speaking about the Italian, Western United coach Mark Rudan stated, “You know, it’s just a joy to watch and enjoy and coach as well,”.

The A-League needs more players like Alessandro Diamanti, who play to the beat of their drum while understanding the game, its tactics and its opportunity.

Cristiano Ronaldo Has Scored His 750th Career Goal
How Chelsea Went From Lampard Rejects To Champions League Winners
%d bloggers like this: