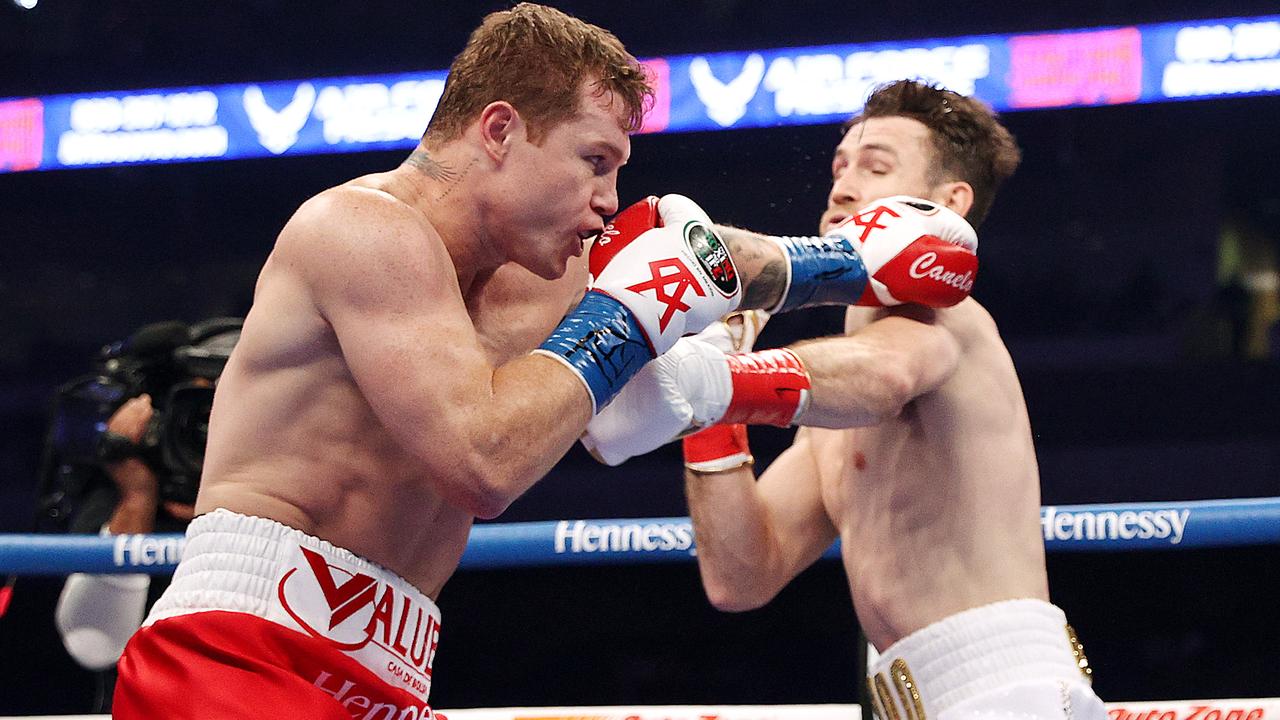 The man is more than the real deal. He is the deal.

Alvarez (54-1-2, 36 KOs) controlled his only bout this year, punching Smith (27-1, 19 KOs) with lighting-fast straight rights and devastating right hooks to the head over 12 rounds. The judges had the contest scored accordingly, two judges scored the bout 119-109 and the third had the fight at 117-111. If there’s anytime someone will prove height is just another obstacle its Alvarez. Standing at 5-foot-8, Alvarez was astonishingly stubborn, advancing against his opponent measuring at 6-foot-3. This win now means Alvarez has worked his way through the Smith family, previously knocking out Callum’s older brother Liam on September 17, 2016. The narrative was there for Callum Smith to claim, revenge for his brother and redemption for the family name. Well, it’s safe to say he never stood a chance. Alvarez boxed his way to victory in a way that can only be described as a clinic of superior boxing.

The opening seconds of the second round proved to awaken a dormant Alvarez, searching for the action and pressing his opponent. Smith was forced to throw rights as Alvarez continuously advanced. Smith jabbed his way through the third round, failing to land numerous right uppercuts. Alvarez had his most explosive combination in the fourth round, landing a left hook to the side of the head, a straight right to the nose and another left hook that sent the crowd wild. Alvarez continued to beat and bruise his dazed opponent digging right hands right through the middle of Smith’s defence. Precision striking, lighting fast footwork and an undeniable athletic capacity saw Canelo Alvarez deliver one of the most impressive and comprehensive victories of 2020.

As far as stats go, Alvarez landed 60% of his power punches through seven rounds compared to an inferior 20% by Smith. Following the domination of Smith, Alvarez seemed to choose Gennady Golovkin as his next opponent. The two boxers fought to a draw in their initial encounter and Alvarez won the second bout.

Anthony Joshua’s promoter Eddie Hearn was more than impressed crowning Alvarez as the pound-for-pound King. If you are a boxing enthusiast Canelo Alvarez is your man. After the weekend even if you aren’t a boxing enthusiast, Alvarez is your man. The rest of the boxing world had similar praise for Alvarez post bout, claiming he is simply the best in the business. To understand just how good Alvarez boxed over the weekend you’ll need to see the highlights for yourself. Check them out below.

More in Other Sports