Federer’s Iconic ‘RF’ Cap  Is Back 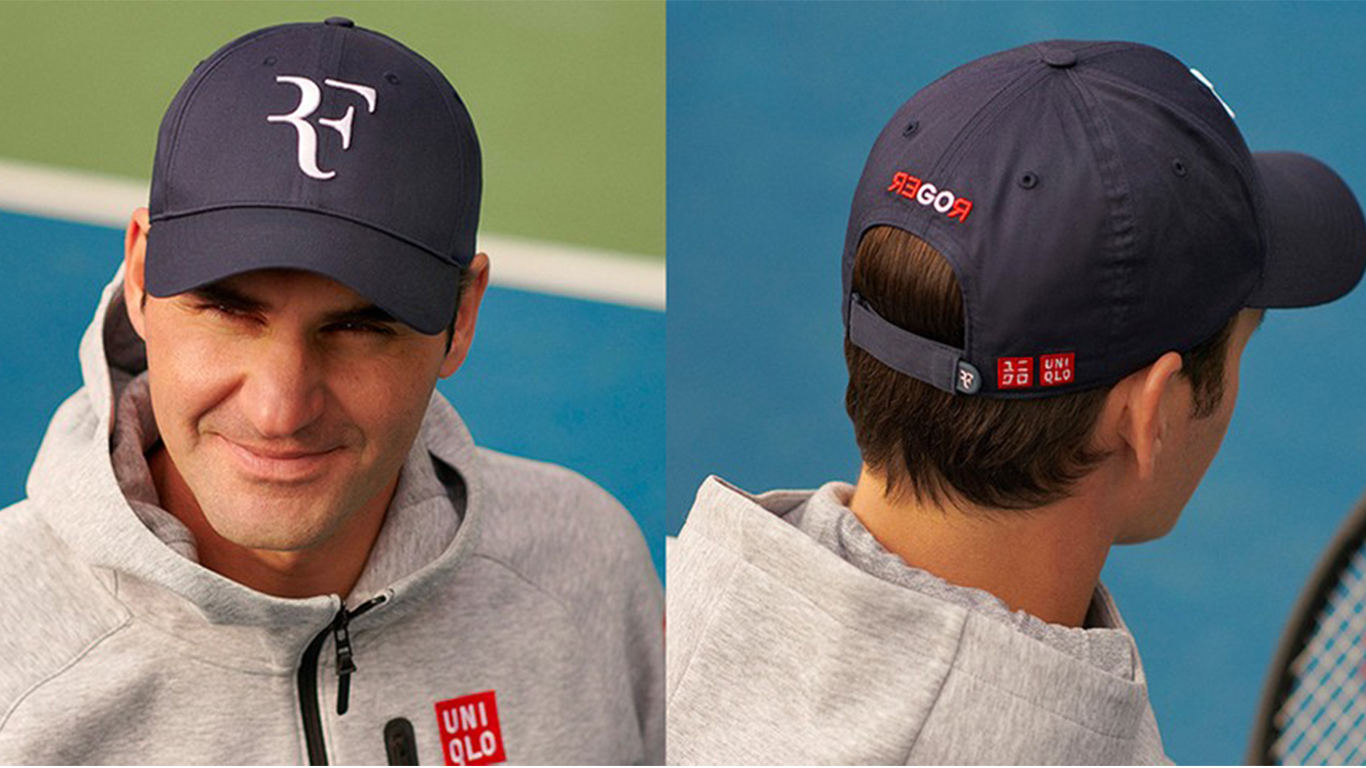 Fancy winning a legal battle to reclaim the rights of your own initials for the perusal of an adored hat line? For the Swiss legend, this is his reality – and his cheeky grin pinned across social media is a firm indicator of his valiant victory.

Federer’s pearly whites will continue to shine bright on court in February 2021 as Nike’s defeat in an intense two-year deliberation for the rights of the iconic ‘RF’ logo has ceased. The icon has reacquired ownership of the classic RF logo (initially designed by his wife Mirka and her father in 2003) after Nike withheld the designs despite their discontinued contract ending in 2018. Although the logo was only consisting of a few fancy squiggles, Nike saw commodity interest and quickly revamped the logo in pursual of a sponsored collection, rivalling UNIQLO’s equal objectives.

The iconic logo and hat featured heavily throughout the duration of Federer’s contract which was first signed in 1994. As Federer’s success amplified globally, questions around whether he’d be the next ‘grand slam champion’ became more obvious each season, and his intense reputation across the world stage accompanied by the classic ‘tick’ resulted in seasonal sell-outs of Nike’s ‘RF’ range. Margins prevailed at an all-time high for the athleisure giant, emerging a contract that would withstand the decades (a smart decision by Nike), foreseeing the duo to be an unstoppable force, or so we thought…

The exuberant Swiss quickly circulated headlines after posting on both Twitter and Instagram to announce the news, sharing a video with his loyal fan base – a subtle 20.7 million followers combined –stating ”I’ve got some exciting news to share with you all – That’s right, the RF cap is back!” Predictably, his followers mirrored equal excitement as shown by the tennis legend, with copious tweets from fans expressing their support for the collection which quickly sold out across multiple stores upon launch day.

“After a long wait and extensive fine-tuning, UNIQLO and I are extremely excited to announce the return of the RF hat in 8 fresh colours starting December 8th, 2020,”

Whilst the initial 2018 emergence of Federer’s new ambassadorship with Japanese owned apparel UNIQLO was hard to comprehend at first, it became clear after digesting the figures of the 10-year contract worth a subtle $300 million – the largest endorsement offered in sporting history. This impressive figure amounts higher than Federer’s combined prize earnings, grossing just over $116.6 million (oh to be you, Federer).

And just when you thought starting a new job meant leaving behind the ‘dirty laundry’ of the past, changing teams wasn’t so clean for the 20 x Grand Slam champion. Nike legally owned the rights to the ‘RF’ monogram (and technically still do) during the termination of contracts, halting production with UNIQLO and Federer for a mere two years which further ceased all intended designs inclusive of the iconic ‘RF’ cap we love and adore. Why did Nike refuse compliancy? It was all depictive of revenue generated by the famous initials during his contract with Nike, and this alone shows the power Federer still holds within a multibillion-dollar production line.

“This hat has meant so much to me and to my fans over the years. It has given us a way to visibly connect, and I have appreciated the opportunity to thrive off this supportive energy. I want to thank UNIQLO for this effort and look forward to seeing everyone in the near future.”

UNIQLO’s portfolio included the former world no.1 tennis champion, Novak Djokovic, which saw the partnership move toward a successful trajectory. This left critics and fans impatient to see Federer’s new direction of sporting identity, with athleisure designed by the Japanese clothing line.

We can confidently affirm the saying ‘good things take time’ upon December 8, with chances of getting our hands on the long-awaited designs now becoming reality. After Federer’s valiant win in legal affairs of recent months, victory prevailed with the re-launch of his iconic hats. The fresh new design is inclusive of 8 classic colours, an adjustable strap for all sizes, RF monograms at the front – UNIQLO logos and ‘Go Rodger’ cleverly embroidered at the back sporting red and white for the apparels signature logo, and retails for only $39.99  – a perfect addition under the Christmas tree this year, or for yourself.

Our next thoughts from now until February 21 will challenge whether Federer has what it takes to become the next 21 x Grand Slam Champion dressed in UNQILO this summer.