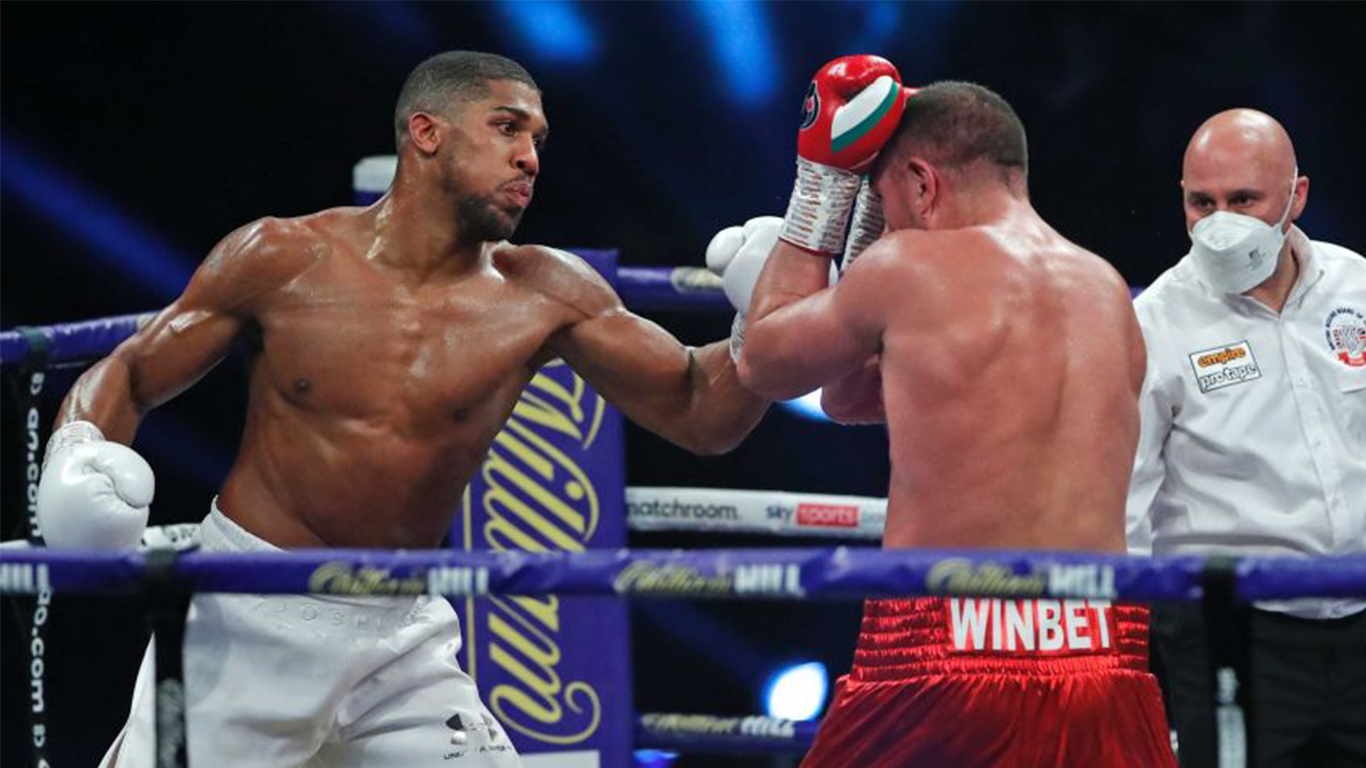 It was a clinic, a display of speed, power and patience.

Anthony Joshua made a significant statement over the weekend as he defended his IBF, WBA and WBO belts by beating Bulgarian hitter Kubrat Pulev by a knockout in the ninth round at Wembley. Headlines have swirled around the internet pronouncing Joshua’s boxing display as nothing short of ‘blistering and frightening’. Joshua utilised his reach advantage, throwing dagger-like jabs, stone-cold uppercuts and devastating combinations, proving the heavyweight king will be more than a match for the Gypsy King, Tyson Fury.

The third round proved to be Joshua’s breakout round as Joshua exploded with a brutal and devastating flurry of uppercuts and punches that saw a Pulev turn his back. Many believed the fight should have been over in the third round, as a heavier Joshua by four pounds used all his tools proving the heavyweight was too quick, too strong and confident he would get the job done.

Heading into this fight many boxing fans all over the world speculated wheteher or not the hype train on Joshua was real. Joshua was deemed ‘vulnerable’ when Andy Ruiz Jr. defeated him in 2019, and many believed the gap between Fury and Joshua was widening. After the weekend’s clinic however, Joshua fans are loud and proud, signalling the fighter is more than a match for Fury. When speaking about the fight, Joshua remained focused and humble, “Less talk, more action,” Joshua said of his approach. “Boxing’s about less talk and more action, and I hope everyone was satisfied tonight.”

Tyson Fury was not in attendance to watch Joshua dismantle his opponent, instead, he posted a clip from his home wearing an ugly Christmas sweater we all love, stating, ‘Joshua shit his pants’ when asked about the potential bout with Fury. The Gypsy King also stated he would ‘knock Joshua out’ within three rounds.

So it’s clear as day, Anthony Joshua wants Fury all to himself, and while Deontay Wilder continues to make accusations at Fury, it seems Fury’s camp are losing interest in the rematch between the two. Here’s to Anthony Joshua and Fury lining up sometime in 2021!

Here’s Everything We Know About The Upcoming Mike Tyson Biopic
LEAH HALTON: AUSTRALIA’S NEXT GENERATION INFLUENCER
%d bloggers like this: