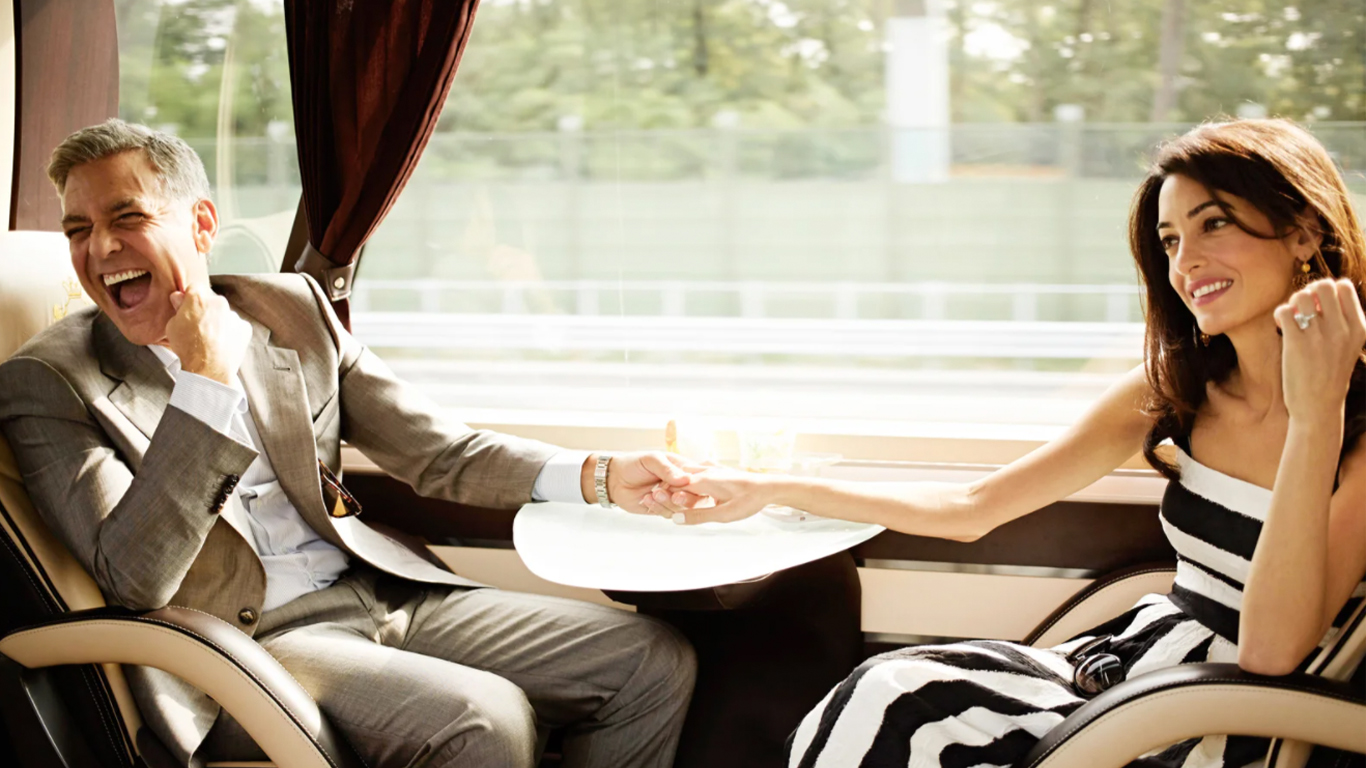 Who needs a carefully planned Las Vegas casino heist when you have George Clooney as a mate? Just when you think that the silver fox, that is George Clooney, has stepped back from the public life of Hollywood, he emerges from his Mexican holiday home and throws around his petty cash. Clooney is not usually one to perform stunts for publicity, so when he decided to gift his friends with $1 million each, it‘s no surprise that it caused some commotion.

The star has had his fair share of time on our screens, with his next role being the upcoming Netflix sci-fi film, The Midnight Sky, on December 23. When he isn’t doing what he does best, the humble star is being interviewed by GQ, for Clooney’s Men of the Year Cover Story for the U.S. edition of GQ magazine. The piece uncovers different areas of the actor’s life with candid and frank stories, including his motorcycle crash in 2018, and trials that he has faced over the years that didn’t make the headlines.

Clooney definitely met expectations with the edition dripping in charm and charisma. Not to mention his escapade to deliver $14 million in cash to his best mates. One of the fortunate friends, Rande Gerbe, confirmed the story in 2017. Rumours have circled about the validity of the story over the years, but it wasn’t until the GQ story hit the stands, that Clooney himself was able to put an end to any speculation.

With one of his most iconic roles being Danny Ocean (Oceans 11, Oceans 12, and Oceans 13), Clooney was destined to one day feel inspired and generous with his wealth, so why not spread it around?

This display of generosity all stems from a long-time bond between him and 14 of his closest friends. In 2013, Clooney was yet to have a family or even a vague idea of the prospect of a family. He had not yet met his wife, Amal, “I was a single guy”, with a successful career under his belt, and a mountain of money that was sitting around collecting dust. So, he decided that he wanted to do something for his mates:

“I thought, what I do have are these guys who’ve all, over a period of 35 years, helped me in one way or another. I’ve slept on their couches when I was broke. They loaned me money when I was broke. They helped me when I needed help over the years. And I’ve helped them over the years. We’re all good friends. And I thought, you know, without them I don’t have any of this. And we’re all really close, and I just thought basically if I get hit by a bus, they’re all in the will. So why the fuck am I waiting to get hit by a bus?”

If we knew that being a part of George Clooney’s inner circle would land us a clean $1 million, we would have invited him to crash on our couch years ago!

Of course a simple cheque was not Clooney’s style. He really tapped into his brilliant Oceans 11 character and devised a master plan to execute his generosity.

After conducting some research, Clooney found an undisclosed downtown LA location that “have giant pallets of cash”. So, Clooney had no choice but to deliver the $14 million in the most elaborate manner possible. With an old van, he drove to the secret location, entered a vault, and loaded the van with cash. In pure Danny Ocean fashion, he was discrete and only shared the plan with his assistant and some security guys. However, he didn’t play it as cool as Mr Ocean would in his case, as he was worried about being robbed of the cold $14 million on the commute.

Clooney was thrilled to share his wealth, and invited his friends to his house the following day,“And I just held up a map and I just pointed to all the places I got to go in the world and all the things I’ve gotten to see because of them. And I said, ‘How do you repay people like that?’ And I said, ‘Oh, well: How about a million bucks?’

We couldn’t have done it better ourselves Mr Clooney.