Vince Vaughn Confirms That Wedding Crashers 2 Is On Its Way 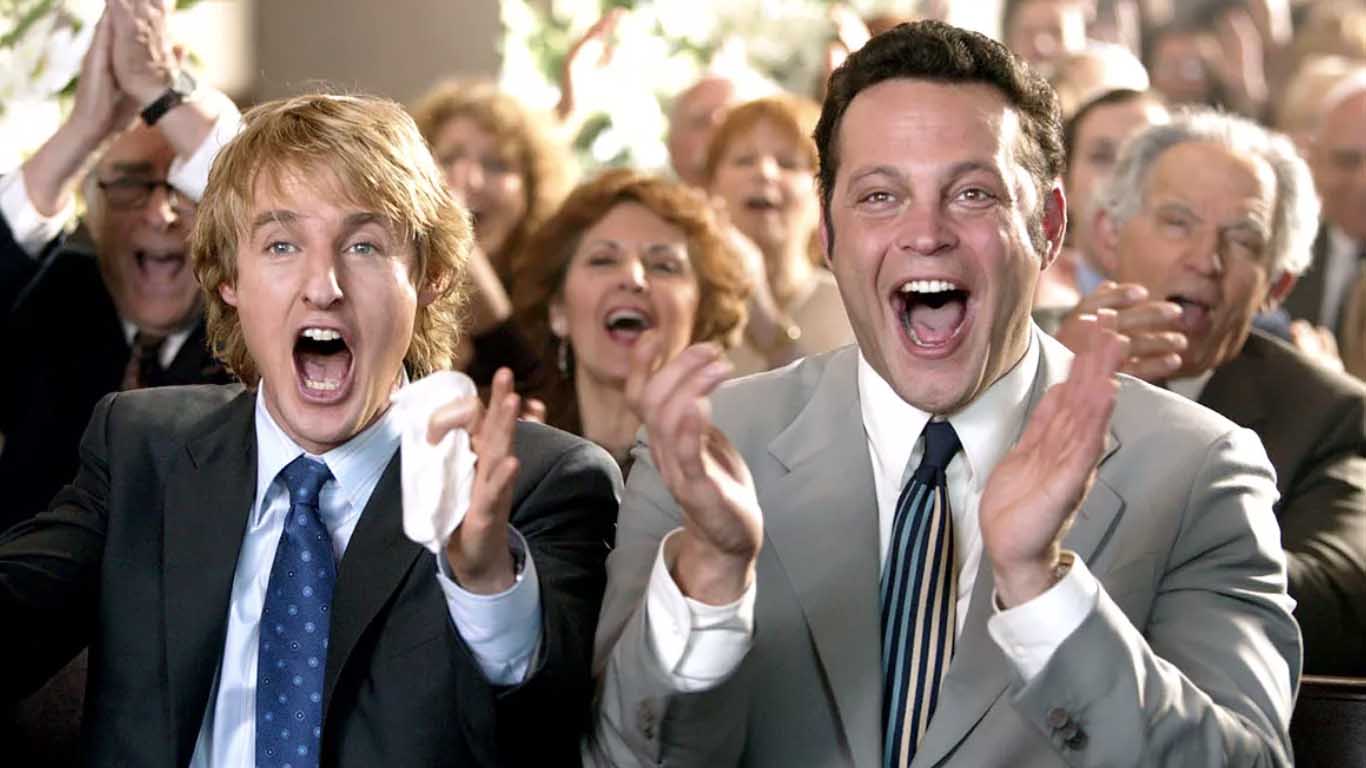 Not sure if you’ve heard, but our favourite Wedding Crashers, Vince Vaughn and Owen Wilson are back!

It has recently been confirmed by Vaughn that Wedding Crashers 2, is in the early stages of development— in other words, the idea is in the works and things are looking favourable. This news is undoubtedly welcomed by fans of the original film, as talk of a sequel has been on the table since 2016.

If you haven’t had the pleasure of knowing them yet, the Wedding Crashers’ notorious duo, Jeremy Gray (Vaughn) and John Beckwith (Owen) are divorce mediators during office hours and spend their free time crashing weddings to pick up single female guests. When emotions cloud his judgement, John is forced to put an end to their bachelor crusade. After ditching their self-indulgent lifestyle, the pair settle down with long-term partners and discuss attending a wedding, leaving a window wide-open for a sequel! So, the idea of a second film was really being handed to us on a silver platter, leaving fans in anticipation for 15 long years.

The director of the original film, David Dobkin, has conjured up a storyline for Wedding Crashers 2 that will align with a modern style of wedding crashing. This sequel will be Vaughn’s return to comedy after a five-year break, as well as his first comedy sequel. As of recent, his career has involved dramas including Hacksaw Ridge, new release Freaky, and being open to genre-defined projects.

Vaughn’s hesitation to be cast in a sequel was a result of avoiding the idea of chasing a film’s success. However, this time around, Vaughn has a very good feeling about the impending sequel, “So there has been an idea that is pretty good. So we are talking about that in the early stages.” He knows just how to casually toy with his fans’ emotions.

With its release in 2005, Wedding Crashers was a $283 million box-office success, as it was recognised as the highest-grossing comedy film that year. So, it is understandable that Dobkin, Vaughn and Wilson had begun floating ideas around for a sequel over five years ago. Vaughn has now confirmed the sequels’ development, “Owen and I and the director of ‘Crashers’ have been talking for the first time seriously [about] a sequel to that movie.”

Expressing his interest in Wedding Crashers 2, Vaughn reminisced on his previous roles in comedies, such as Zoolander and Mr. and Mrs. Smith, “It’s always fun to make people laugh and go to work with people that are funny”. The film’s characters are sure to make us laugh as hard as they did in the first film, as it’s rumoured that most of the original cast is keen to be involved in the film— Wedding Crashers boasted a star-studded cast with Bradley Cooper, Will Ferrell, Rachel McAdams, Isla Fisher, Jane Seymour, and Christopher Walken.

Earlier this year, Will Ferrell and Rachel McAdams alluded to the idea of a sequel being discussed. McAdams was excited to reunite with the 2005 cast for a sequel, “It’d be nice to go back and have a romp.” While Ferrell comically devised a storyline of a courtroom drama that is “not funny at all”. However, he did share that a script was being worked on and that everything is under wraps, for now, adding “Wedding Crashers 2, yeah. I think we can just say it’s being written.”

Wedding Crashers was a film that set a new direction for comedies. It was viewed as a new perspective on R-rated films and generated a series of similar comedic movies after its release, including The Hangover. Working opposite Vaughn and Wilson in the Wedding Crashers was A-list comedic star, Bradley Cooper. The success and critical praise of the movie was Bradley’s ticket to fame, as soon after he was cast as a leading role in The Hangover.

With such an extensive amount of time between the first film and the forthcoming sequel, it does raise the question of its triumph. However, the combination of Vaughn, Wilson, Dobkin, and a kick-ass cast, could very well result in Wedding Crashers 2 straying from the disappointing-sequel-stereotype and become another box-office success.

We are still waiting on any comments from Dobkin and Wilson regarding the sequel. But, with hype already generating and Vaughn’s interest circulating, we can expect further news soon.

Zac Efron Will Star In An Outback Thriller Produced By Stan
The Best Michael B. Jordan Tweets As Star Is Crowned 2020’s Sexiest Man Alive
%d bloggers like this: