Here Are The Seven Most Luxurious Hotels In The World 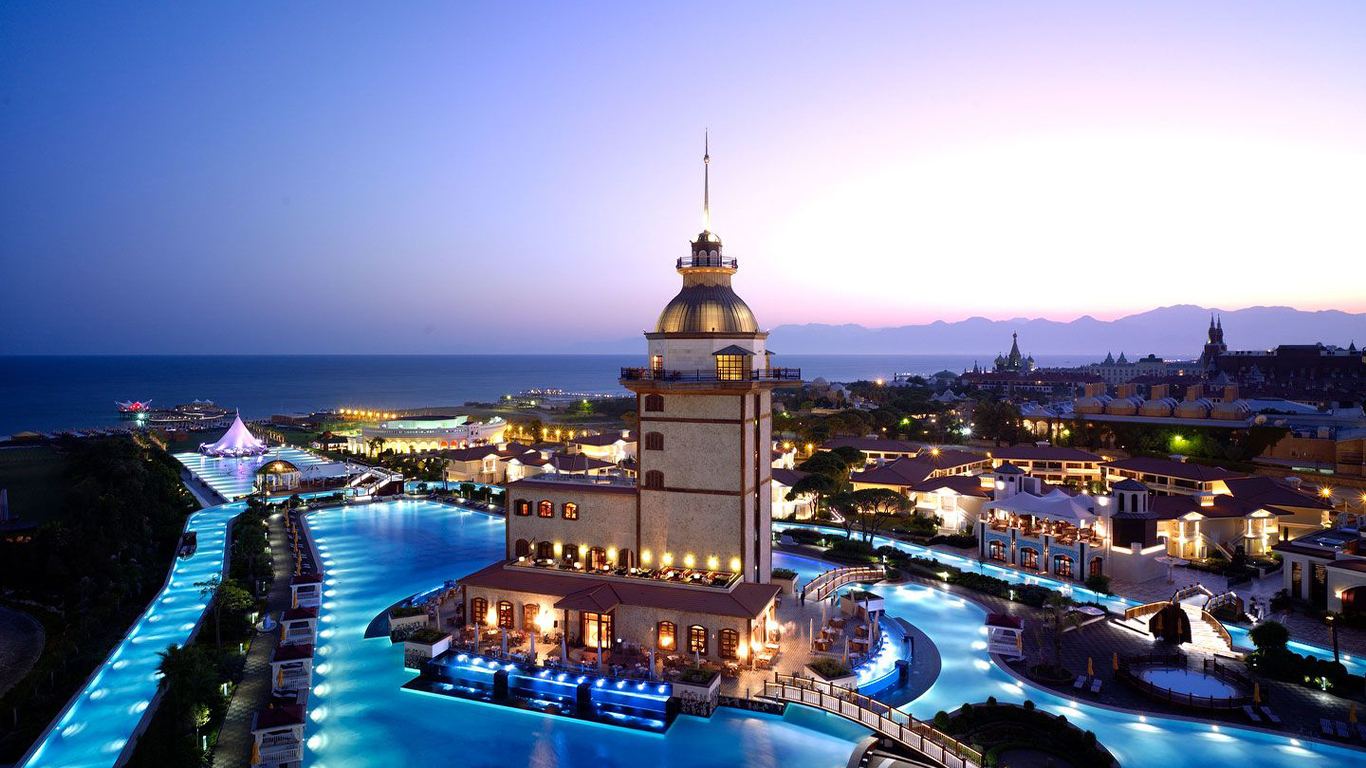 Currently calculating how long we need to save up for in order to afford a room at any of these places.

Travelling overseas is currently a distant memory. Think back to the days where you could hop off the plane, jump into a taxi and have the big reveal at your hotel. You start off by checking into your room, most likely throwing yourself onto the hotel bed – feeling those freshly clean and stiff sheets. You then go to look at the bathroom (and find the complimentary toiletries you are given), in the draws and of course the mini-bar. After you’re settle in, you take a look around the whole vicinity – past the lavish pool, state-of-the-art gym, fine dining restaurants and any other facilities the place has to offer. That is the standard you expect from a 5-star service, right?

Even though we still aren’t able to travel overseas or across many state borders just yet, you can’t help but fantasise about what an extravagant hotel trip would be like. Property Turkey has announced their top seven most luxurious hotels in the world to paint a picture of what you can expect from the best accommodation has to offer. These will be a serious juxtaposition to any cheap hostel or motel you might’ve stayed in before. Let’s be real here, these landmarks probably remind us more of a fortress, rather than a hotel.

Viva Las Vegas! The Palms Casino Resort finished construction in 2001 and has been a popular tourist spot near the Las Vegas Strip ever since. They say what happens in Vegas, stays in Vegas and at The Palms there is a lot happening. It is filled with casinos, theatres, rooftop bars, a Michelin-starred restaurant, day and night clubs, recording studio, and basketball court – anything you can imagine to take your experience to the next level. Their Fantasy Tower also features a two-story Sky Villa which will set you back USD $40,000 per night, so you’d hope to be winning jackpot. Last year the venue was renovated for USD $690 million with everything being top-notch – they even have artwork from Andy Warhol and Banksy.

Located between the Spanish Steps and Borghese Gardens Gallery, the Westin Excelsior is situated in the heart of Rome. Their ‘Villa La Cupola’ is made to give you the ‘Roman Emperor’ experience – something we all wouldn’t mind trying. This suite alone is located across two stories and has a private cinema, dining room, kitchen, fitness area, sauna, pool and absolutely breathtaking views of the Italian capital. The hotel has also appeared in popular culture many times since its opening in 1906, including the 1960 film La Dolce Vita. You’d definitely be living la dolce vita here, that’s for sure.

The Plaza is in prime location in Midtown Manhattan on 5th Avenue right next to Central Park. It was made a National Historic Landmark in 1986 with its interior being made a New York City designated landmark in 2005. From the day it opened, it has become an iconic venue for the rich and famous, as well as featuring in many films. It was where The Beatles stayed during their first visit to the United States of America and where Truman Capote hosted his ‘Black and White Ball’ – just to name a few. Fashion designer Tommy Hilfiger even lives in the residential penthouse currently. His home tour with Architectural Digest is enough to make you want to visit this beautiful building.

We immediately associate the Emirates with first-class indulgence.  This hotel brings resort life to the desert with a private beach and marina. You are treated to views of the Arabian Gulf from outside, whilst rich décor that reflects Arabia’s traditional culture permeates inside. It is also located close to the Heritage Village and The Corniche – must-see destinations for tourists. You wouldn’t be complaining about staying somewhere that literally has the word palace in the name.

Someone get me a ticket to the Bahamas ASAP because Atlantis Paradise truly lives up to its name. This ocean-themed resort features an aqua park with lagoons, pools, marine habitats, water slides and river tides. It also has a golf course, abundance of dining options, kids’ programs, tennis courts, fitness centre, casino and a night life – the full package. You can’t forget the numerous options you have to get up close and personal with some of your favourite sea life, such as dolphins and sea lions. Honestly, if you want a little slice of heaven, look no further –  just imagine laying back into your sun bed at this Caribbean isle soaking it all in.

Better known as the 7-star-hotel (even though its official rating is 5-star), the Burj Al Arab is easily distinguishable by its shape of a sail. It’s one of the world’s most tallest hotels, is situated on a man-made island and really delivers that extra something. Services include Rolls-Royce shuttles, helicopter transfers and having access to the retreat’s private beach. Guests are permitted to their nine signature restaurants, spa, two swimming pools, sky bar and waterpark. You’ll feel as though you have the Midas touch during your stay as 24-carat gold leaf covers approximately 22,000 square feet of the interior.

Mardan Palace can found on the Turkish Rivera and is one of the most plush hotels that Mediterranean has to offer. Staying at this haven will get you an outdoor pool with a feature aquarium, swimming reef, luxury spa, meditation room, fitness centre, exquisite range of dining choices and private beach area – the sand of which was imported from Egypt. To absolutely max out your baller experience, each room has views of either the Taurus Mountains, the sea or swimming pool and is stocked with Hermès amenities. It’ll make you feel as though you’ve entered a new reality of relaxation and tranquillity. Time to start manifesting that your next trip will be to here!