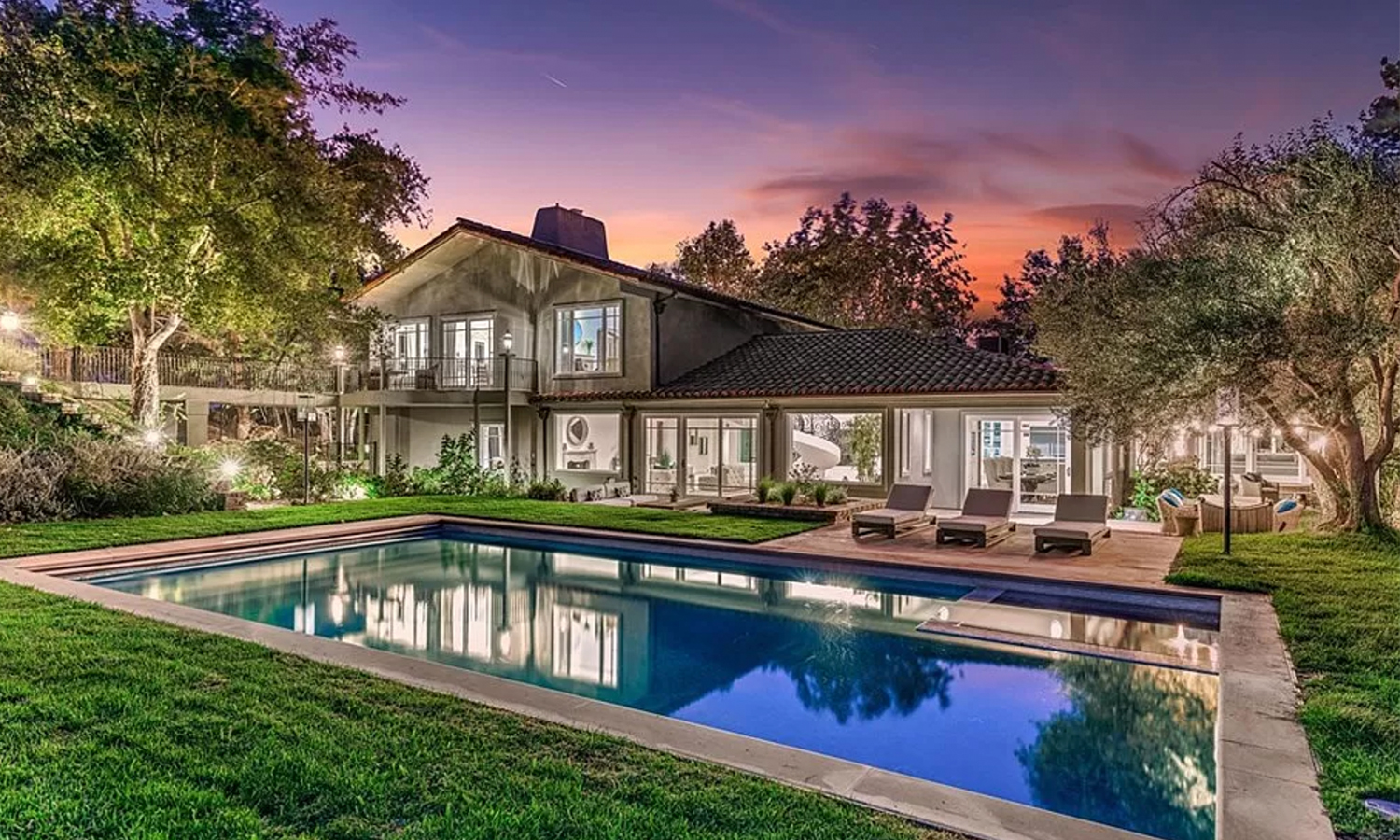 It pays to know your shit. Clearly…

For someone who shares so much about his life, we know so little about Joe Rogan’s home-base… that is, until now. After signing a staggering $100 million deal with Spotify earlier this year, the podcaster extraordinaire/DMT-enthusiast has relocated his entire family and online broadcasting operation to a $14.4 million lakeside mansion in Austin, Texas. Hence, mere mortals can get a glimpse of the superstar’s luxurious former home – which has a $4.5 million price tag.

Forty minutes from the racing heart of Los Angeles, the property boasts some extraordinary specs. For starters, there are actually two houses on the estate, both owned by Rogan, which are on opposite ends of the design spectrum. The one up for grabs is a French-country style mansion Rogan fully customised during his 17-year ownership.

Purchased way back in 2003 for a slim US$2.3 million, the property is one of Bell Canyon’s finest estates with its mountain views and extensive garden. Originally built in 1978, the renovations are a telling sign that not only is Rogan the highest paid podcaster in the universe, but the man’s got taste.

The mansion boasts a four-car garage, five bedrooms and five full bathrooms situated on a rather roomy 7,573 square feet. On the main level, guests are greeted by a grandiose archway and beamed ceilings that lead towards a formal dining area, lounge and great room. Then onto the floating sculptural staircase to the upper level.

The kitchen is completely fitted out in high-end European style. The Cornue gas stovetop and vent hood is the crowning jewel of the immaculate room, while the Miele dishwasher, oversized island topper with Parisian pewter add the finishing touches. Of course, no top-tier kitchen is complete without a chandelier and this one makes for some impressive eye-candy.

The entire upper floor plays host to the sprawling master suite, giving off total domestic bliss vibes. Expect to find a granite fireplace orientating a separate sitting room and a private patio area, as well as all the peace and quiet you could ever need.

Stepping into the master bathroom you’ll be reminded of Stanley Kubrick’s Eyes Wide Shut with a lounge next to the soaking tub. Also on offer are dual vanities, an oversized shower and naturally, another chandelier.

A splash of Rogan’s personality can be found in the gym donning pictures of MMA fighters, the home office and a meditation atrium. Your chakras will be well and truly aligned inside this Bell Canyon estate.

Take A Tour Of This Absurd Toorak Penthouse
Elon Musk Has Launched A $250 Bottle Of Tequila Following An April Fools’ Day Joke
Loading Comments...
%d bloggers like this: