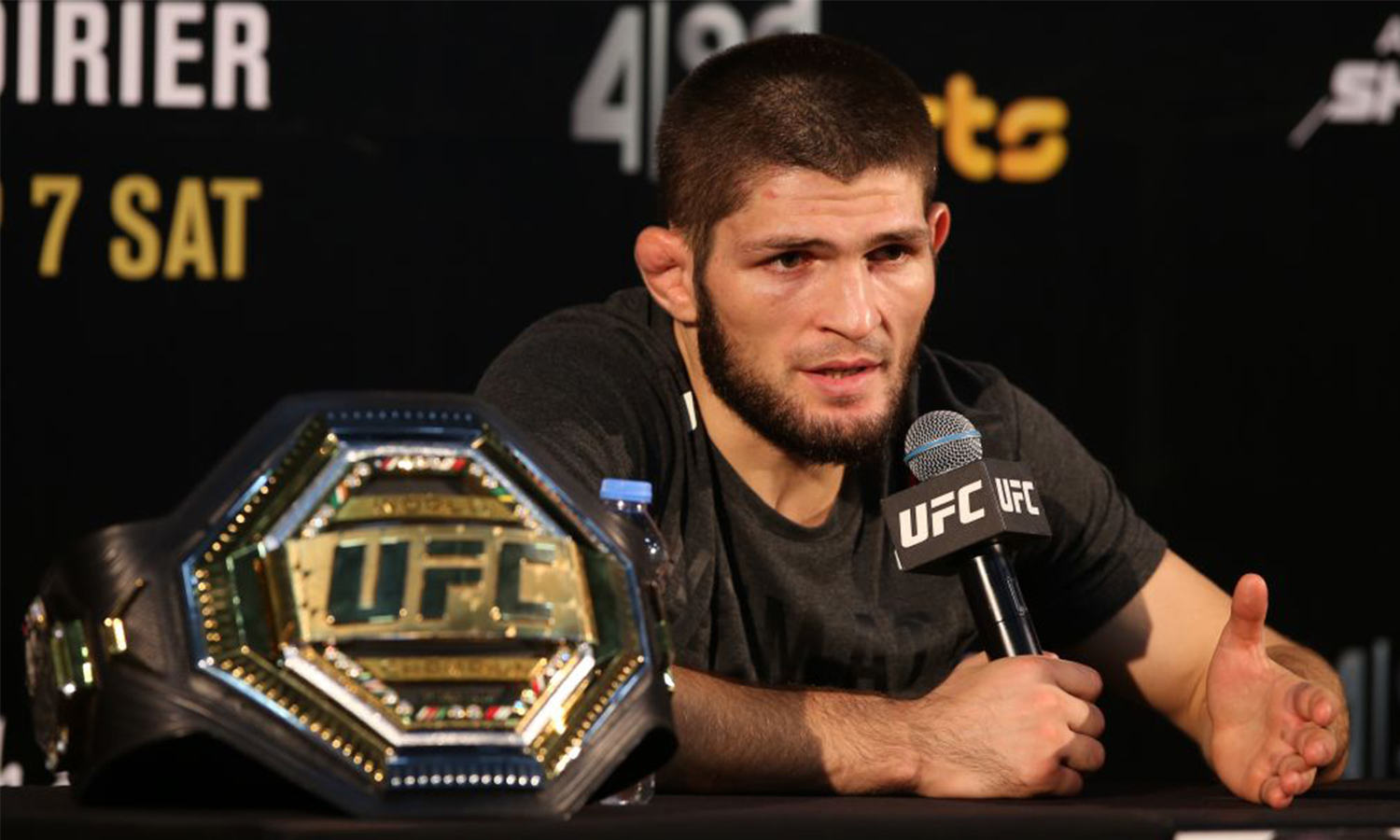 Twenty nine and zero. The perfect end for a perfect career.

Khabib Nurmagomedov, the name that will carry on through the UFC as a legend, a warrior and the pound for pound champion of the world. Hate it or love it, a great 50 Cent tune also a fitting notion for UFC fans all around the world, Khabib Nurmagomedov must enter the ‘GOAT’ conversation after the Dagestan champion slept his UFC 254 opponent, Justin Gaethje and then announced it would be his last fight. The Russian cemented his legacy as one of the all-time greats of the sport as he walked away form the octagon with a record of 29-0.

Khabib Nurmagomedov, aka ‘The Eagle’, continues to battle the mourning process after his father, legendary fight coach, Abdulmanap Nurmagomedov passed from COVID-19 complications earlier in the year. While Dana White is hyping the latest UFC fight card as ‘one of the most highest rating cards of the year’ the fight was anything but spectacular. We were almost fooled into believing Justin ‘highlight’ Gaethje stood a chance against a relentless Khabib. His calm and quite up-front demeanour led UFC fans to question whether or not Khabib had the ability to trade blows with Gaethje. However, anyone who knows the Russian warrior, knows he doesn’t exactly trade blows.

Khabib Nurmagomedov has one of those real-life Rocky Balboa origin stories. Almost as if he is Rocky in a parallel universe, instead of America—it’s Russia. Instead of chasing chickens—he wrestled with bears. Abdulmanap Nurmagomedov, Khabib’s late father, ensured his son would taste success by first putting him up against wild bears at the age of eight. While we were playing with toys, chewing bubblegum and perhaps spinning our yoyos, Khabib was manoeuvring his body to tackle a bear…

Khabib choked out Justin Geathje in the second round. That was it. Geathje, did somewhat okay to keep a fast pace with the Russian for one round, however, he seemed hopelessly outmatched on the ground and for the rest of the fight. It must be said, the lead up to the fight seemed to reflect a very different Khabib. Without his best friend, and his coach—his father. Khabib’s body language and dialogue almost made us believe he was the underdog heading into this fight. Khabib’s post-fight reaction said it all. He choked Gaethje out, wept—and retired.

The Russian was straight to the point stating, “no way I’m gonna fight without father.”

Khabib did not mince his words, he was very clear he made a promise to his mother not to fight after this fight. For the Khabib fans of the world, they’ll know the man doesn’t break his word. After all, he promised everyone he would ‘smash’ Conor Mcgregor. We all know he made good on that promise. If you have the heart to watch this video without shedding a tear, you need to check yourself. Khabib put together a tribute video to his late father and coach Abdulmanap Nurmagomedov.

Speaking of Conor Mcgregor, the Irishman had some civil words for his arch nemesis. He Tweeted shortly after Khabib announced his retirement—see below.

The rest of the roster praised Khabib for his 29-0 record, praising the Russian for his stellar career, acknowledging him as the pound for pound champion of the world. Even Dana White implied Khabib’s ‘GOAT’ status is real. See what he had to say shortly after the fight.

Khabib has hinted at his UFC return, however it won’t be within the Octagon, rather outside of it. As a coach, we may see the Russian eagle return to the UFC. One question mark looms over Khabib’s choice of retirement. Khabib’s father wished for his son to reach 30-0. That was his dream. Khabib retires, 29-0. There’s still some hope, after Khabib takes time to grieve the loss of his father, that we will see him return inside the octagon for one last fight. We know someone who would take a very keen interest in fighting Khabib once more.

Alex Volkanovski Has A Message For Max Holloway Ahead Of Confirmed UFC 251 On Fight Island
Conor McGregor Will Return For UFC 257 Against Dustin Poirier
%d bloggers like this: