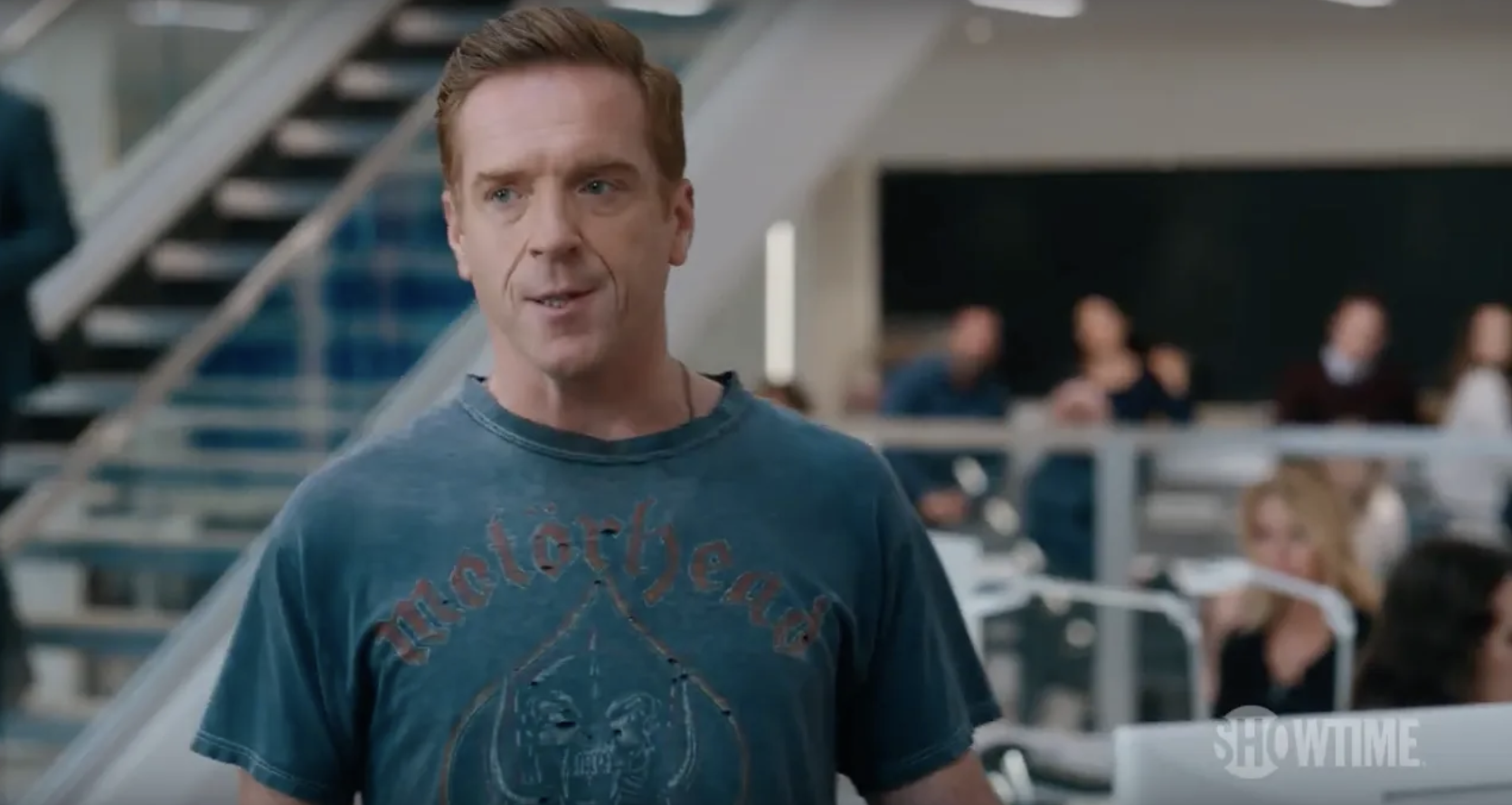 He is worth billions, yet the fictional character dresses to send a different message.

The aim of their wardrobe is to first, make them believable as fictional characters and second, to accurately represent a certain image—styled by real people. When it comes to Billions star Bobby Axelrod, played by Damian Lewis fashion is subtle yet loud. For someone who earns billions of dollars and is placed in the top ten wealthiest people in the world, his style sends a different message. One that finesses the concept of fabric detail and symbolism.

Throughout the show, Bobby’s wardrobe is built to compliment his attitude and his physical shape. Lots of blue and navy create an awesome pallet. While the conservative look is what many business owners are gunning for, Bobby points to the opposite.

Bobby is seen wearing Motor Head t-shirts, paired with blue jeans and a navy hoodie. As a powerful business man, this sends all the right messages. He isn’t confined to wearing a suit like every other person in New York City, hell, it says ‘I don’t give a crap who you are or where we are meeting’.

Body language seems to be most of Axelrod’s game, his words and vocabulary are made to intimidate, yet it’s his body language that gives him his edge. And his fashion sense is everything. So let’s see how you can match Axelrod’s look for less.

As seen in Billions, Bobby loves his band tees. We start this look off with an easy to access t-shirt via Culture Kings.

The Gant Wind Shielder is the perfect navy combination, representing Axelrod’s main layer. It separates him from a groupie at a rock concert to a cool and brutal businessman ready to tear you apart.

Denim is the key to pulling this look off. And Nudie Jeans will complete the casual business man look.

Those who watch the show will appreciate the irony of this sneaker’s name. Axelrod (or whoever styles him) knows a solid white sneaker paired with some solid denim goes a long way. This is the perfect sneaker to top off an urban Axelrod look.