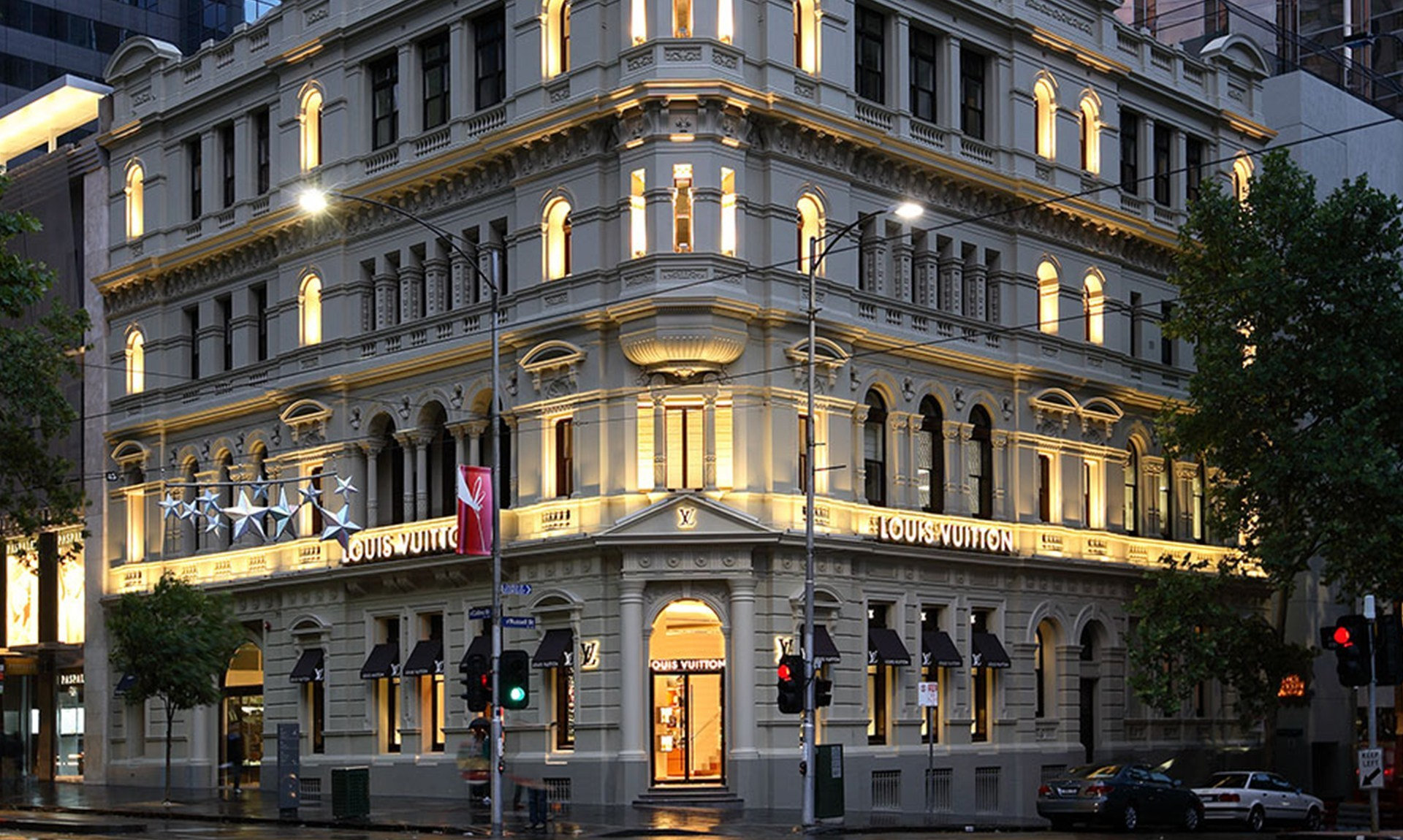 The landmark is expecting $50m interest.

139 Collins St cornering Russell St, or better known as Louis Vuitton’s flagship store is now up for sale. The building was built back in 1886 and has become one of the CBD’s most beautiful locations. If you are a true Melburnian or have visited the city before, you have to admit this is one of the sites that makes you stop and look – it is truly monumental.

Many may not know this about the now iconic luxury brand’s home, when the property was first built—as a doctor’s office—it later became the headquarters for the historic women’s only Alexandra Club for 60 years.

The revered part of Collins St “Paris end” is synonymous with luxury brands, and this treasured piece of history will set you back $50 million. Let’s be honest, it’s Melbourne meaning—it could definitely go for way more than that – We can still dream, OK?

This land is currently owned by late barrister John Kearney and his wife Alison who are set to make a pretty hefty profit from their $16.2 million purchase back in 2006. The couple are no strangers to the city’s luxury properties having previously sold the iconic Block Arcade for $80 million in 2014, and currently still own many more CBD assets.

Wondering where you’re going to get your luxury goods from now? Don’t you worry, Louis Vuitton’s lease is set to continue until 2026. The four-story building also houses other business tenants working in the remaining spaces.

Located next to the Grand Hyatt, the establishment is literally older than Australia as a nation and once was the venue for the private women’s Alexandra Club.

It’s historical significance in the centre of Melbourne is expected to attract both local and international buyers, having been only the third city landmark to go on the market since the coronavirus pandemic began – the other two being David Jones’ flagship Bourke Street Mall store and the Bank of China building in Queen St.

Whoever secures this deal will gain a piece of Melbourne’s heart.

Expression of interests for 139 Collins St will continue until the end of October.

Take A Peak Inside The Sleek $8M New York Penthouse Belonging To Sophie Turner And Joe Jonas
How To Smash Through A Book Every Week
Loading Comments...
%d bloggers like this: