Rest In Power: A Tribute To Chadwick Boseman 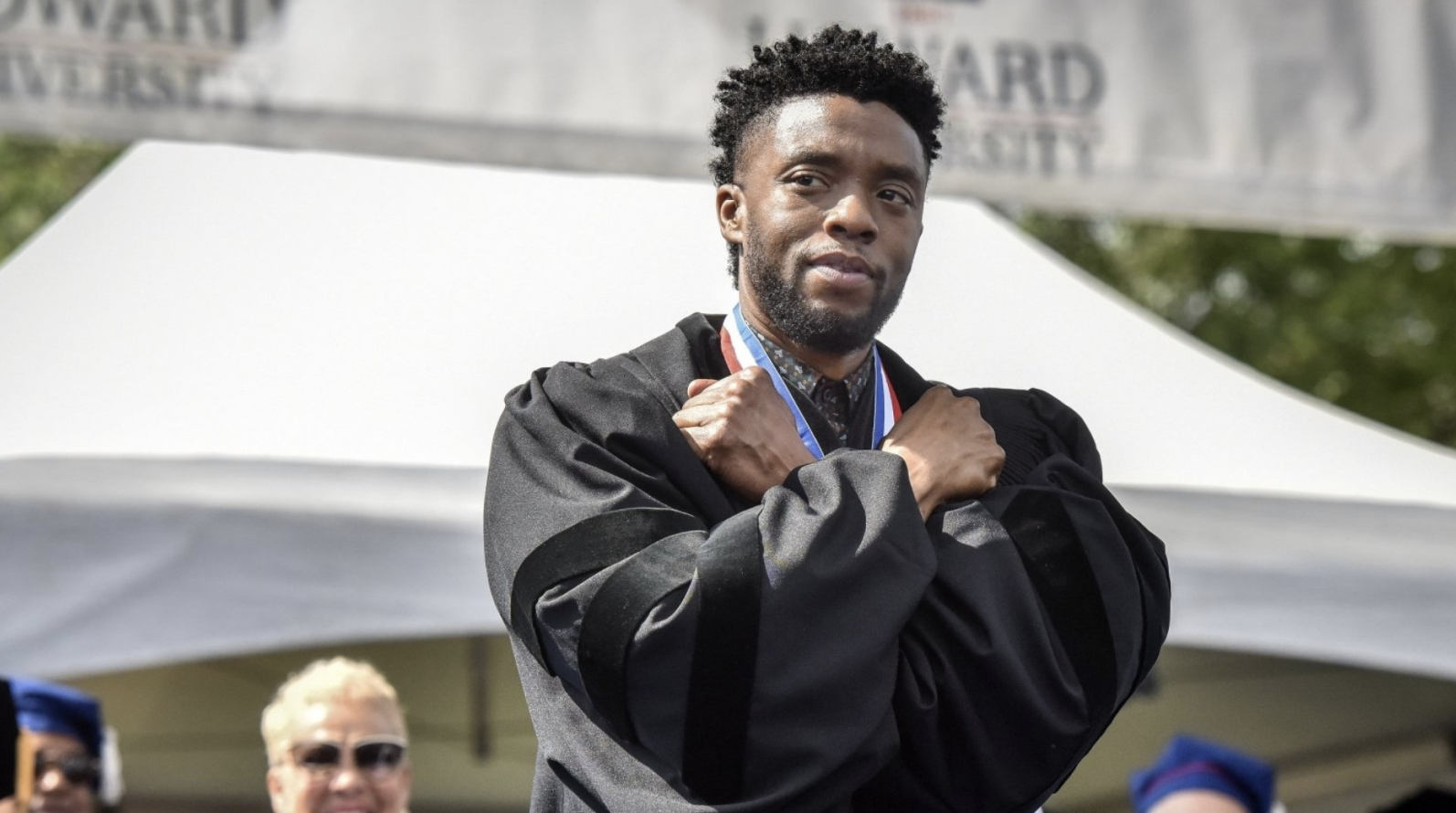 Tributes, tears and messages of hope have broken the internet. Why? Because Chadwick Boseman passed at age 43. As the young man passed, he reminded everyone how an actor’s craft can leave a shining legacy both on and off of the screen amid darkness.

Perhaps Sunday’s pain was made more real when the tenses changed for Chadwick Boseman. Instead of ‘he is’ we changed to ‘he was’. Instead ‘he will’ we reverted to ‘he would’ve’. It is one of the miserable realities of mortality. Chadwick Aaron Boseman passed last week, it was reported he battled colon cancer for four years. Many of us know Chadwick Boseman as Marvel’s Black Panther or King T’challa. While this catapulted the promising young actor from South Carolina onto the world stage, Chadwick Boseman impressed Hollywood well before the fictional country of Wakanda made the big screen.

Chadwick was considered a rising star after his acclaimed performance in the 2013 film 42 as Jackie Robinson, the first African American, (the original baller) to play major league baseball in the modern era. “His transcendent performance in 42 will stand the test of time and serve as a powerful vehicle to tell Jackie’s story to audiences for generations to come,” the league Tweeted shortly after his passing was announced.

“I’ve basically been holding this secret my whole career. When I came back, I got a beneficiary letter and it said Denzel Washington paid for you,” Boseman told Jimmy Fallon in a March 2018 interview.

Denzel Washington was one of many who paid tribute to Chadwick Boseman’s career stating, “He was a gentle soul and a brilliant artist, who will stay with us for eternity through his iconic performances over his short yet illustrious career,”

For Marvel fans the title of Black Panther means more than a box office success. It means diversity and equality—the change from white-caped crusader to colourful, vibrant and full of wonder. The film proved to a billion dollar franchise, that a superhero who isn’t white or a male, needs no special treatment, that it can be judged just like any other film and deliver blinding results on and off the big screen.

The 2018 MTV Movie Awards speech made by Chadwick Boseman, revealed the actor’s beautiful soul, where he handed his award to James Shaw Jr. A ‘real-life hero’ who Chadwick Boseman admired for his courage and efforts fighting off a gunman in Tennessee.

With so much content ready at our fingertips, it’s safe to say majority of it is prejudicial and disheartening. Moments like Chadwick Boseman’s 2018 MTV Award’s speech remind us why it’s so important for people to use their craft to make the world a happier place. One that recognises success, but also one that helps others feel moments of joy and bliss. This is why so many tributes have flooded social media.

Chadwick Boseman’s Black Panther moved us all. It is with a heavy heart that we say farewell to one of the world’s shining talents, and original baller who gave is all to make the world a better place through his work.

However, in the words of King T’challa, “In my culture, death is not the end. It’s more of a stepping off point. You reach out with both hands and Bast and Sekhmet, they lead you into a green veld where you can run forever.”

For years to come, we will shout “Yibambe.” We will remember you.

Rest in power Chadwick Boseman, and thank you.

Unpacking The New Batman Trailer Starring Robert Pattinson
Here Are The Two Tech Pieces You Need In Your Pad
%d bloggers like this: