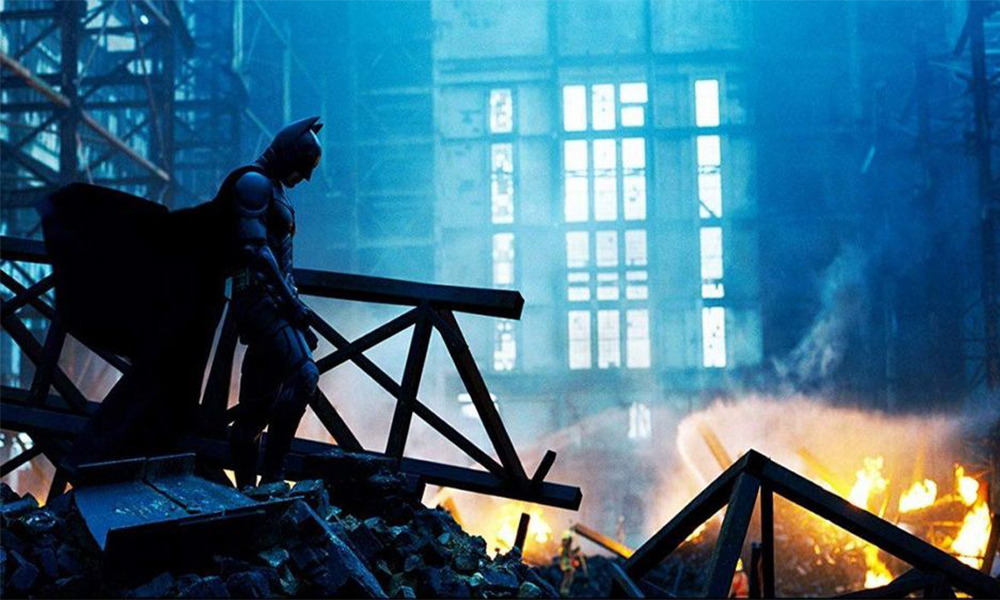 There’s no better time than the present.

You may want to make some extra popcorn, IMDB’s top five trilogies of all-time are long features bound to make isolation a little easier. From Peter Jackson’s Lord Of The Rings to George Lucas’ Star Wars, there’s plenty to catch up on. Surprisingly The Godfather sits at number six while Christopher Nolan’s Dark Knight trilogy sneaks in at number five.

If you’re not a fan of a great ‘hero journey’, the top five may not be your jam. However, they will chew away at the clock while you stay indoors. The Lord of the Rings delivers over ten hours of viewing time altogether, that’s excluding The Hobbit.

During a time where film studios are postponing production or pushing back release dates, there’s no better time to revisit some smashing trilogies. Just this week Marvel announced they will establish a whole new set of dates for the release of their Marvel Phase Four campaign. Other films like James Bond, No Time To Die and Warner Brothers’ Wonder Woman have also pushed backed release dates due to the virus outbreak.

With a hold on some new films, let’s have a look at the classic films you can watch from home.

A Spaghetti Western favourite directed by Sergio Leone and starring Clint Eastwood—where outlaws, gunslinging and bounty hunting are the norms in a tale filled with old-school action, cheesy one-liners and Rock-smouldering looks.

IMDB has placed this trilogy at number one, mainly because Clint Eastwood crushes his role as ‘the man with no name’. Anyone who grew up watching this trilogy will bost about there not being a better trilogy since.

Films: A Fistful of Dollars, The Good, the Bad and the Ugly, For a Few Dollars More

No doubt you’ve listened to John Williams’ immortal soundtrack, even if you haven’t seen the Star Wars trilogy, you know what it sounds like. It’s the song your older or younger sibling blasts from their room with a plethora of posters featuring a masked villain, who you know is Darth Vader.

The Skywalker tale is one of the most culture-defining stories in the history of cinema. Older generations can recapture the moment it hit theatres, raving on about how they had never seen anything like it. The flash, glowing swords you know as lightsabers reshaped sci-fi and delivered a masterclass in storytelling that has been loved and loathed for generations.

3. The Lord of the Rings Trilogy

Once again we find an epic tale this time in J.R.R. Tolkien’s fantasy novel series. A wide world brought to life by the genius of Peter Jackson, The Lord of the Rings achieved what many thought impossible. To birth a franchise worthy of a Star Wars series budget.

The films are notoriously known for their long-running times, so if you can’t sit still, you may find it is similar to watching Scorcese’s The Irish Man, only instead of Italian-American mobsters you have fowl Orcs, evil dark lords and tiny creatures called Hobbits—all fighting over a piece of jewellery.

The Lord of the Rings is bound to help the clock tick over during isolation, and one may appreciate.

Bad fashion, amazing Keanu Reeves fight sequences and tight, tight leather pants. The Matrix became a sci-fi nerds dream. It broke the barriers of reality and showed us all another side of The Terminator. One, both frightening and damning in nature.

The trilogy really does rest on Neo, played by Keanu Reeves, and tells the epic tale of humans versus machines. Hugo Weaving who also featured in our number three best trilogy of all-time brings a sinister and defiling new look to machine dominion.

If you haven’t seen this series, you will find it dated and corny, but the art of fighting, Keanu Reeves and tight leather pants make this trilogy a classic worth revisiting.

Quite possibly the greatest comic book adaptation to ever be made, Christopher Nolan and Christian Bale birth a series most would consider being number one on this list. The late Heath Ledger dominated the role of the Joker, like no one had ever seen, and Tom Hardy made the last film an epic conclusion to the Batman’s story arch.

If you haven’t seen this trilogy, you are simply in for a treat, even if you don’t fancy heroes wearing capes.

J. Cole Is Apparently Trying Out For The NBA
Here’s Why Ben Affleck And Michael Keaton Will Return As Batman
Loading Comments...
%d bloggers like this: