Is The Government And The AFL Blocking The Growth Of The World Game? 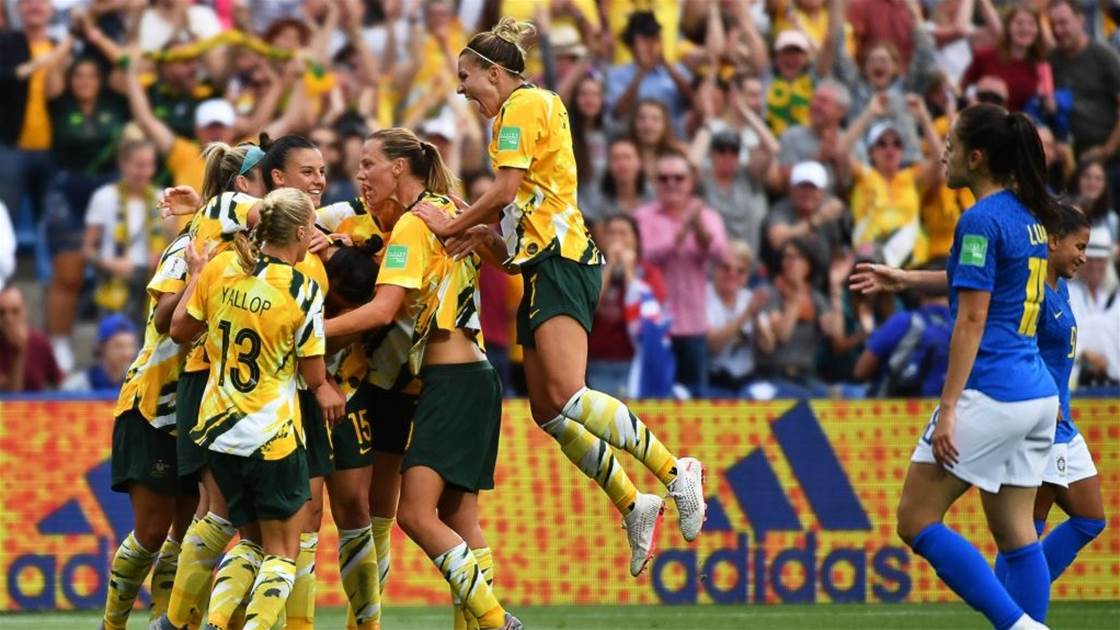 We believe so. The numbers don’t lie. There is minimal government support for Australian football.

It only takes a quick online search to see football or as many Aussies like to call it soccer, receives limited Federal Government funding and very minimal support from anyone.

Last week, Australia and New Zealand were announced as the next hosts of the 2023 FIFA Women’s World Cup. Melbourne is home to one of the largest stadiums in the southern hemisphere, the MCG, yet not a single World Cup game will be held there, which at full capacity, contains 100,024 persons. So why on earth is the quarter-final being held at AAMI Park? Melbourne’s most important game of the World Cup will be played at AAMI Park, a stadium that doesn’t even seat half of the capacity of the MCG.

The Women’s World Cup comprises of a global viewership of over one billion people, making it the third-largest broadcasted event in the world.

A new report surfaced this week published by the French Football Association the (FFF) that focuses on the social and economic impact benefits of the 2019 FIFA Women’s World Cup hosted by France. €284 million was contributed to French GDP, 6.4 tonnes of food and waste was collected and donated to community-based associations, and a guide on non-discriminatory language in football was developed. It’s also relevant to mention, the competition generated a net capital gain of €108 million. Understanding these numbers highlights alarming question marks over Australia’s handling of the 2023 FIFA Women’s World Cup.

For further findings of the report (only available in French) and published by the (FFF) head to their website.

All the major 2023 FIFA Women’s World Cup games will be played in Sydney. Due to the NRL’s cooperation, Sydney can expect hundreds of millions to be injected into the State’s economy.

The AFL’s unwillingness to negotiate with the FFA has resulted in a catastrophic mistake that will impact Melbourne’s economy. Lost tourism revenue and audience viewership alone demonstrates a billion-dollar industry loss—due to the AFL’s usual strong-arming technique, aided by the Australian Government.

It would seem Melbourne, the so-called ‘sporting capital of the world’ has once again fallen victim to the AFL’s monopoly and refusal of a ‘shared economy’. With over ten ovals and stadiums across Australia, the AFL was unwilling to move its games from the MCG and Marvel Stadium.

Government support of the AFL allowed the franchise to access a $600 million line of credit thanks to its significant asset, Marvel Stadium, a position the A-League could only dream of being in.

The stadium’s freehold and management rights were purchased by the AFL back in 2016 for $200 million. A steal, considering the value of the ground and how much the AFL would have paid over the remaining nine years left on the contract that would see the rights signed over for the novel cost of $30 in 2025.

The AFL appears to be receiving ample assistance from all levels of the Australian Government and rarely supports an initiative without the partnership of the Victorian Government.

After the Football Federation of Australia’s tumultuous end to 2019 and start to 2020, with the step down of the former CEO David Gallop, and the FFA’s most senior Female Executive Emma Highwood—COVID-19 wasn’t the only scenario shaking up the future of football in Australia.

Pre-corona, even when the A-League was beginning to find its feet again after some turbulence—the Australian Government refused to give a dime to the league. Instead, the league had to rely on sponsorship, registration, and a steadily growing supporter base to turn over a profit somehow and keep the competition running.

According to an AusPlay study, over 1,000,000 adults participated in some level of football, followed by basketball at approximately 765,000, then netball at just over 680,000 and last but not least, Australian rules with over 500,000.

Child participation in football was also unmatched with football participation sitting at approximately 741,000 and Australian rules at around 428,700.

Despite having almost double the number of participants compared to that of Australian rules football—the world game doesn’t receive half the financial support from the Australian Government that the AFL does.

So why does a globally loved, cultural past-time such as football struggle to receive adequate government support here in Australia?

Across every level in Australia, football has substantially more adult and children participants than any other sport; including Australian rules football, basketball and netball.

Just last year the Federal Government pledged more than $131 million to the AFL during the previous year’s Federal campaign, more than double the mere $66 million football was promised from a grassroots-level-up. Meaning, the sport’s highest competition, the A-League, saw no such assistance, financial or otherwise.

The AFL’s infrastructure continues to gain support to the tune of $15 million as Princes Park—officially known as Ikon Park—transforms into the new home of women’s footy. This is in addition to the $25 million already spent on the location, despite the AFL reporting a record net profit of almost $48.5 million last financial year.

A mere $500,000 was granted to the FFA in 2019 from the Federal Government to increase female participation in the sport, but the game’s highest level in Australia; the Hyundai A-League and the Westfield W-League received no such support.

Government cash commitments are not reflective of the grassroots participation figures released last year that suggest 1.76 million Australians participate in some form of football, almost double the 914,000 that choose to play Australian rules and 872,000 that play netball.

Football is the ‘world game’ and is a religion across the globe, especially in Europe where players and teams generate more wealth than some countries.

The game has a diverse ethnic makeup and is continually striving to become even more inclusive. The statistics don’t lie. Take women’s football, for example. The Westfield W-League was conceived in October 2008 whereas it took the AFL an additional eight years to establish a professional women’s league in September 2016.

Former FFA CEO David Gallop said, “our aim is to increase female participation in the game ultimately; players, coaches, administrators, and referees to reach 50:50 participation by 2027.”

When the COVID-19 pandemic hit Aussie shores back in March—FFA Chief Executive James Johnson highlighted the importance of football to the Australian community.

“We have got 1.96 million people not playing football at the moment, so it’s important that they can watch their heroes on TV. I think there will be a social benefit to the community through this fan engagement,” he said.

The NBL recently received help from the State Government when the league expanded to nine teams with the South-East Melbourne Phoenix, who had a stellar debutant 2019/2020 season.

In 2018 the Victorian Government came to the party with an $82 million gift, pledging to fund the expansion of Melbourne’s State Basketball Centre; to home the Phoenix.

Is it the local Australian Government who needs to step up too? We think so, as Knox City Council also committed $25 million to the expansion project.

Further success of the NBL has allowed the franchise to expand to ten teams for the 2021-22 season with Tasmania securing their very own organisation. The Tasmanian Government has committed to sponsoring the yet-to-be-named team and the costly task of transforming Hobart’s Derwent Entertainment Centre (DEC).

Various levels of Australian Government appear to have no trouble generously funding national sporting leagues apart from the A-League that is.

Could this all be an issue that starts at the top? Is the league’s executive leadership team to blame?

Since FFA CEO David Gallop stepped down last year and James Johnson replaced him, the FFA has secured more support from the Australian Government, albeit minuscule in comparison to other codes.

It’s clear as day, the AFL and the Australian Government has placed a handicap on Australian football. With no financial assistance or logistical aid, the A-League and Australia will suffer.

How long can independent parties float Australian football? A pure love of the game is what’s keeping the sport afloat. It’s time for some answers, and time for the AFL to share its influence and power.