OB Chats With Johnny Di Francesco, Aka The ‘Pizza Man’ Of 400 Gradi 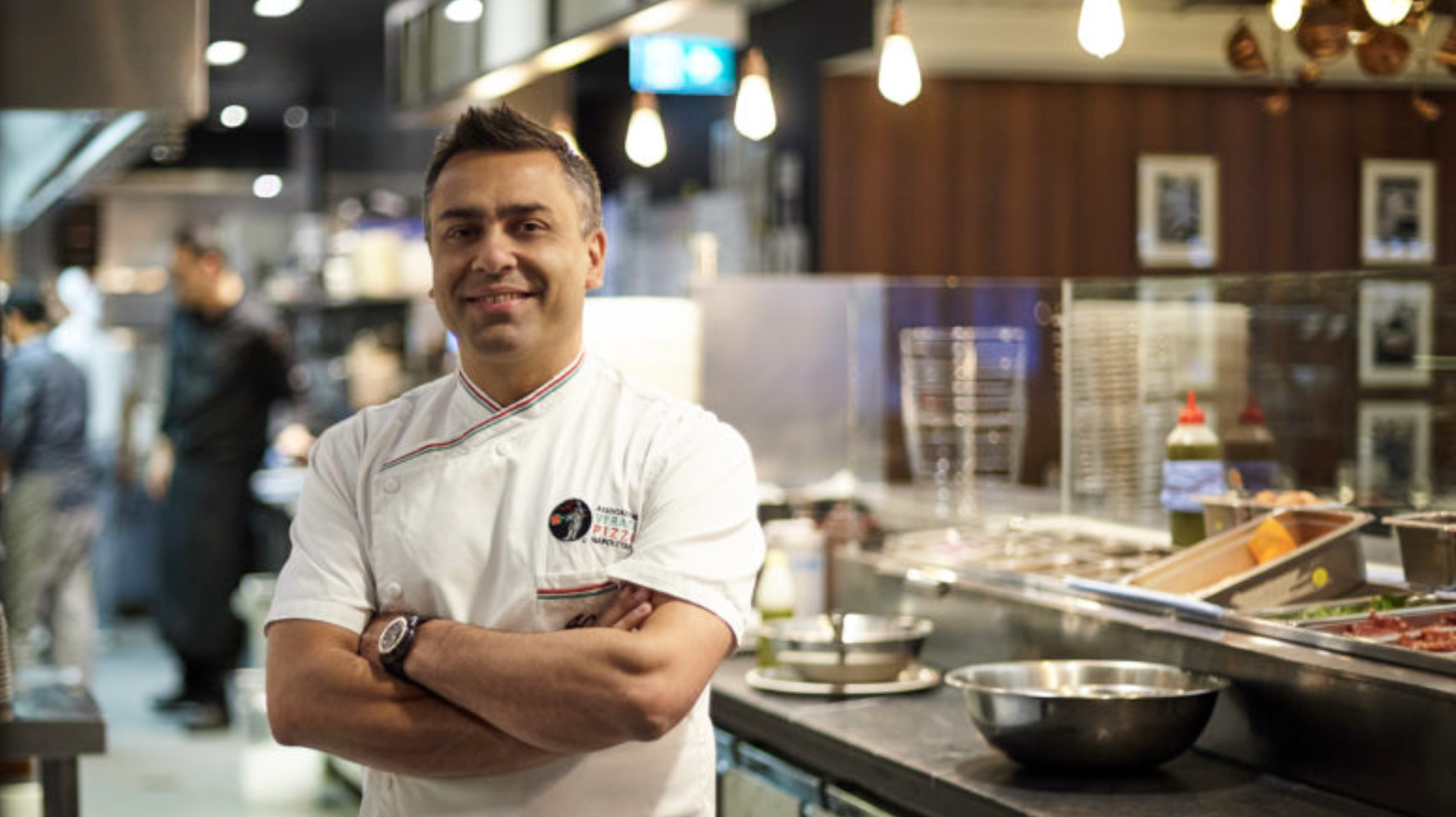 Making a perfect margarita may seem simple, hell, when we first sat down with Johnny Di Francesco, aka the ‘pizza man’, we thought it wasn’t complicated. How difficult can it be to make a pizza with four ingredients?

It turns out, it’s a logistical nightmare. If you have eaten pizza in Melbourne, or around the world, the chances are you have heard of 400 Gradi. The pizza sensation ripped through Melbourne’s pizza scene from 2008 to the present day, and it all started with a 12-year-old Johnny Di Francesco.

We asked Johnny how and why he wanted to make pizza for a living, his answer was as great as his pizza.

“I just wanted a pair of sneakers.”

Fast forward to the present, Johnny’s margarita was crowned the best in the world at the 2014 World Pizza Championship, and 400 Gradi is now across Melbourne including Essendon, Eastland, Yarra Valley and Crown Casino, across the border to Adelaide, overseas in Kuwait, Bahrain, New Zealand and numerous cruise ships.

Speaking to a chef responsible for the best pizza in the world is bewildering, to say the least, and to think it was all for a pair of kicks? When Johnny speaks of his career, he lends an ear to the old wisdom of ‘always learning and hard-working’. His ethos is as sound as his pizza-making process. It’s clear, concise and always finished with a sense of perfection. He is a family man and a business person. Meaning, he worked from the bottom right to the top and understands the ins and outs of the hospitality industry like the back of his hand.

When asked about pineapple on pizza, the argument was short and sweet. We feel it doesn’t belong on pizza, it’s a fruit and so it should be treated as such. Thankfully Johnny felt the same, although he did say, “if someone walks into my restaurant with a can or some pineapple and wants it on their pizza I will put it on. But I wouldn’t have it.”

We asked Johnny what his solution was during the pandemic restrictions being at level three. The world-renown chef had this to say, “I woke up at two in the morning one night, and I said to myself, I’m going to open a supermarket. I turned to my wife and told her. So that way my staff were still working, I was stacking shelves and washing plates, to show them I am there. To show them we are still open for business.”

Johnny understands the need for businesses to adapt in uncertain times, turning a pizzeria into a deli is one example of Johnny’s insight and initiative when captaining the Gradi brand through rough waters.

While we chat about a morbid present, Johnny shares an uplifting story—creating a 99 cheese pizza for the Ninja Turtles. A fictional group of ninja turtle vigilantes protecting New York from an evil villain whose favourite cheat meal is a 99 cheese pizza, more specific to Michelangelo.

Johnny Di Francesco was asked to make this fictional pizza a reality. In the movie reboot of the Ninja Turtles, Donatello warns his brother Michelangelo, “Mikey! it’s a trap, a pizza with that variety of cheese is a culinary impossibility.”

Not for Johnny Di Francesco, who tells the OB about the time Warner Brothers contacted the world-renown chef to create the mythical pizza. Johnny had to make it then and there, in front of everyone, combining 99 kinds of cheese on a single pizza base.

Johnny has spent most of his life sourcing and using quality ingredients, the OB learnt how to make the perfect margarita and what to look for in a delicious pizza. The podcast will air on Spotify this Friday.

How To: Become A Modern Man
You Can Now Purchase Snoop Dogg’s Aussie Wine
%d bloggers like this: