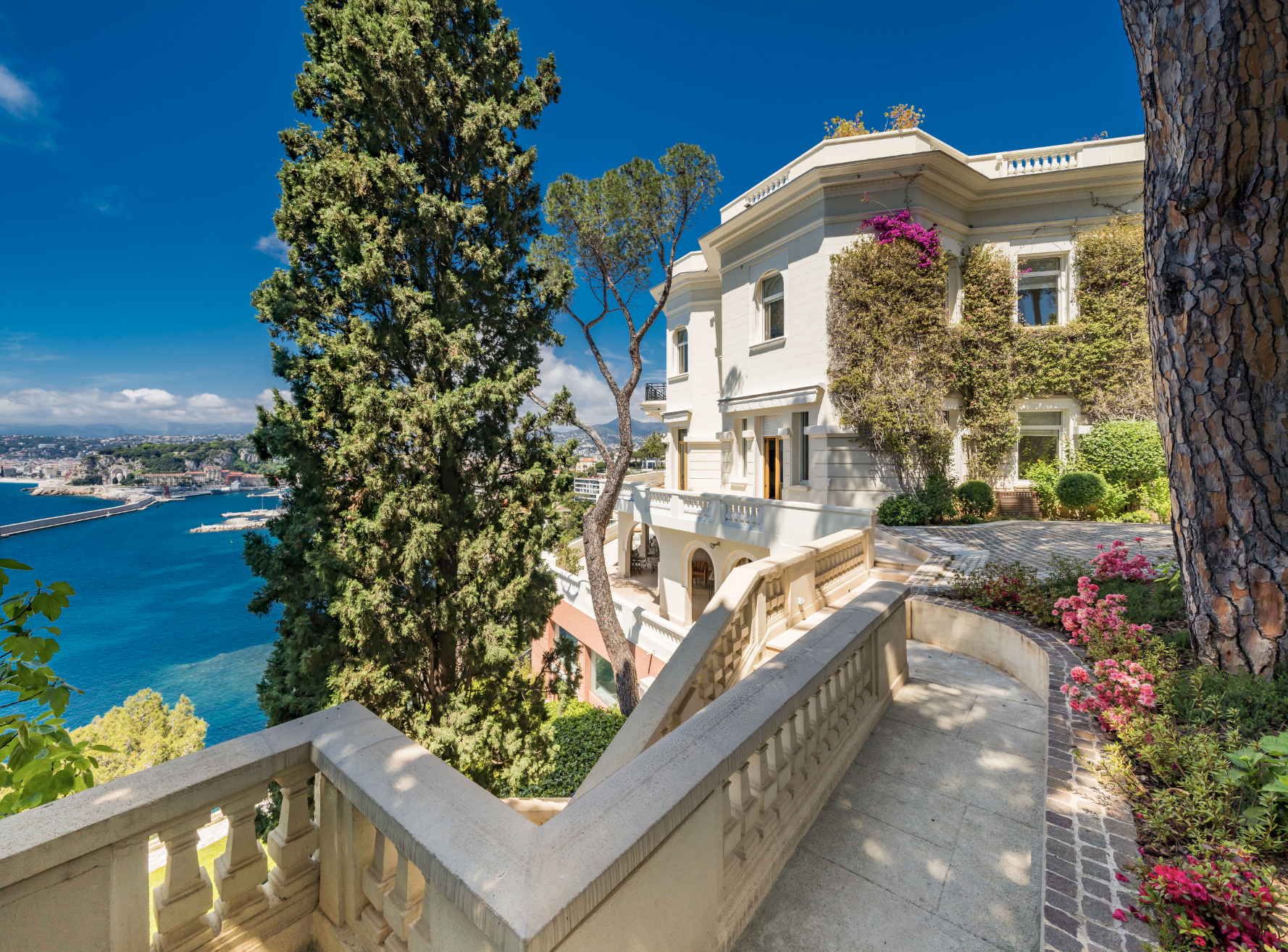 The name’s Bond… you know the rest.

Sean Connery is a household Hollywood name, and the previous Bond star played in five Bond titles, ushering the dawn of men’s style on a commercial stage. In a broadly debated topic of who takes home the crown of reprising the best 00 agent, many would argue Sean Connery’s rendition of the elusive and charming MI6 agent was the greatest of all time. The charismatic actor amassed a fortune of $172 million. And with it, he lived in a mansion situated on the French Riviera.

Connery’s previous ‘Bondesque’ home has hit the market with a hefty price tag. And why wouldn’t it? The home featured in the 1983 Bond film, James Bond: Never Say Never Again. The property is being sold by Knight Frank, and is in Cap de Nice, Côte d’Azur, France.

It would seem the bragging rights alone give credence to the property’s price. There’s no wonder why, the sweeping views, and architectural design fits the Bond stigma to a tee.

The property boasts five bedrooms, five bathrooms and three reception rooms, channeling inner Bond vibes and maximising the properties greatest features. Don’t assume the buck stops here, no the property features a gym, spa, rooftop terrace and gourmet kitchen areas. It’s function, to be everything you need in one of the most sought after spots in the world. The top level remains as the master-bedroom, taking up the whole floor with private access via a caged elevator.

The property’s overall size sits at 10,764-square-feet. For more visual gratification of Connery’s mansion, check out the images below.