What We Learned From UFC 249 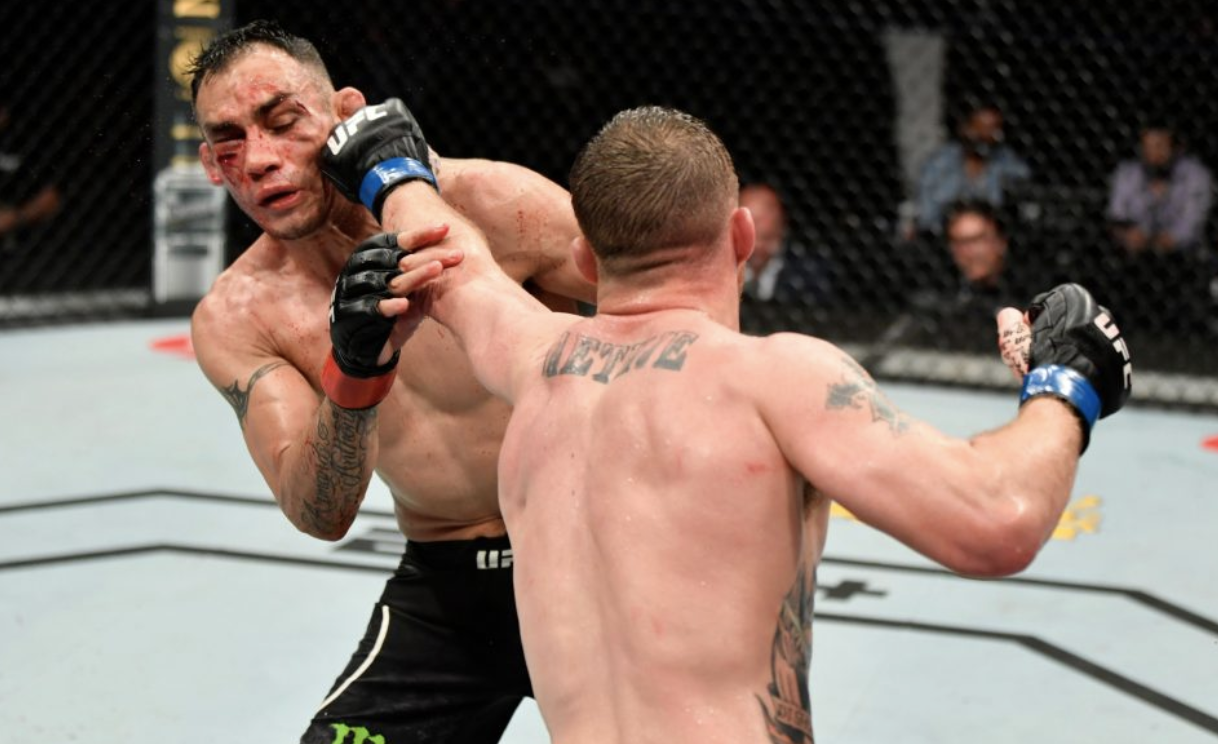 Holy smokes…Justin Gaethje rocked Ferguson with a KO, Francis Ngannou stunned fans with a 20-second KO and Cejudo went out with a bang!

There’s so much to take away from the weekend’s fan-less UFC 249. First, the event actually taking place. Dana White has been relentless in his pursuit to return the UFC amid the Covid-19 outbreak, and while the bold owner of the UFC drew heat from fans all over the globe, he managed to resurrect combat sports to provide a masterclass card providing shock and awe in a flurry of fights that are set to change a few fates within the business.

What does Ferguson’s defeat mean for Khabib and Conor? What does it mean for Ferguson? And how does this affect the rest of the roster? (Because it most certainly does).

After 24 minutes Herb Dean put a stop to the gruelling fight between Ferguson and Gaethje. True to Ferguson’s ‘never quit’ ethos he didn’t. One look at his face will affirm why Herb Dean needed to put a stop to the fight. Ferguson had eaten punches that would have sent most others to sleep earlier on . The footage surfacing from the fight in the dying moments will show a tired, beat and pain-riddled Ferguson shaking his head with each jab to his face.

Before Justin Gaethje, the narrative was all about Khabib Nurmagomedov. A fight that has been cancelled, stalled and put off for years. Many UFC fans believed Ferguson to be the one who would end Khabib’s reign of terror on the ground. And we can’t blame them. Ferguson seemed confident, calm and focused leading up to the fight with the Russian. Everyone understands Ferguson’s methods to be unorthodox—his preparation for fights extreme and his ability to provide an old-school beating quite normal.

So what now? Ferguson has now lost to someone seen as inferior to that of Khabib. Gaethje, the underdog, now the interim lightweight title holder, bested a seemingly prepared Ferguson, which many have tried and failed.

Here’s what we learned.

Gaethje and Conor McGregor should be the next fight

It’s the fight to make, as they say in the UFC. With Ferguson’s shock loss, this now paves the path to redemption for the Irish enigma. Conor has needed a stronger narrative when talking all things Khabib. Many couldn’t justify, especially Khabib, Conor fighting Khabib without some sort of road to redemption story. An array of fights that would prove Conor deserves a second chance against his bitter rival Khabib Nurmagomedov. What better than to fight the man who just laid out Tony Ferguson?

And while Gaethje may deserve a shot at Khabib, he still has a slew of opponents he must beat before he reaches the Russian Eagle.

Nate Diaz vs Conor McGregor trilogy should be put on hold

It’s the fight many want to see. Hell, even Nate can’t stop trolling Conor online. Aside from Khabib, Nate is the only contender deserving of fighting Conor McGregor. Should it happen? Probably not. After Gaethje’s win at UFC 249, Conor and the UFC must look to greener pastures with Khabib and Conor. The pieces are in place, the board is set. The trilogy fight must happen, however all good things come to those who wait. Wait a little longer Nate.

Dominic Cruz needs to accept the loss and move on

It was a tough loss for Cruz, being out of the octagon for such a long time, his return was cut short by Henry Cejudo. Cruz claims referee didn’t even pass the smell test, “I wish there was a way to keep these refs a little more responsible sometimes. The guy smelled like alcohol and cigarettes, so who knows what he was doing. Definitely (he did). I wish they drug tested them.”

Cruz lost the fight in the dying seconds of the first round. He needs to accept the loss and move on.

How Dana White Took The UFC From $2 Million To Over $7 Billion
Conor McGregor’s ‘GOAT’ Debate Is Now Out Of Control
Loading Comments...
%d bloggers like this: