Take A Look At This South Australian Mansion 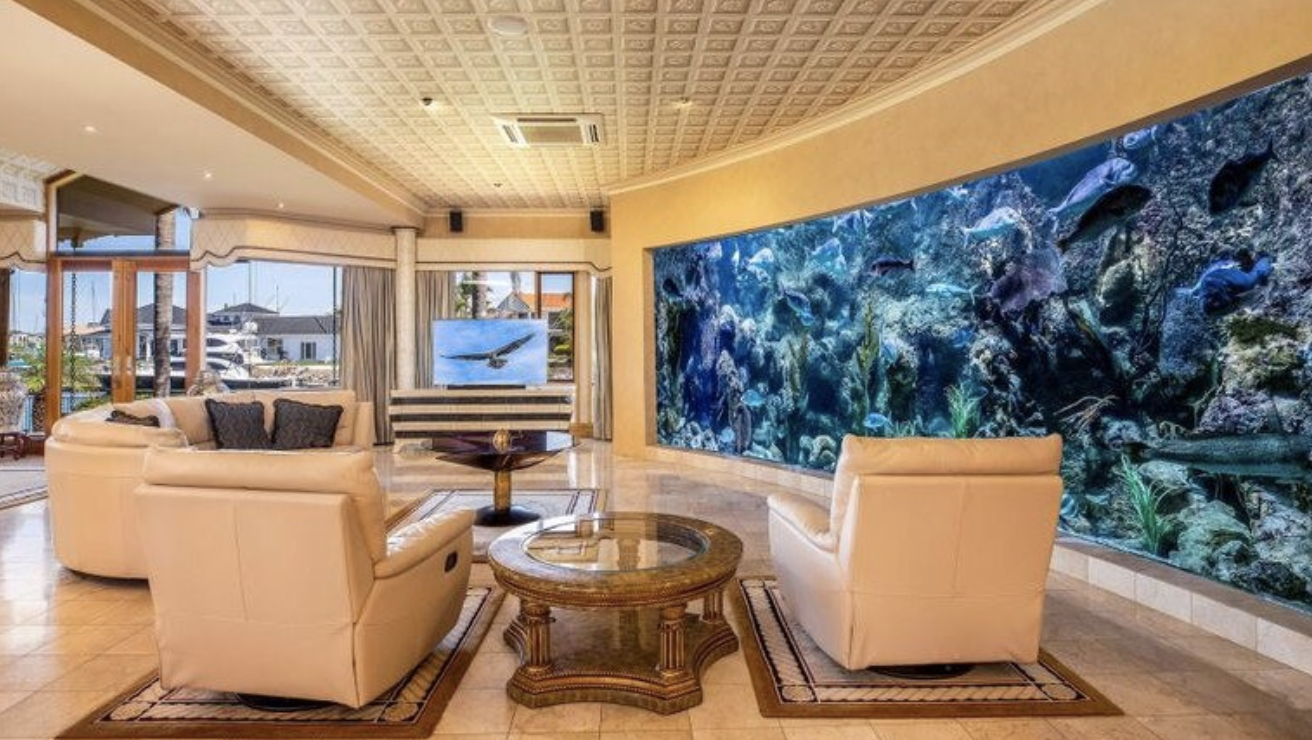 It’s every marine lover’s dream to house an eight-metre aquarium.

Port Lincoln is known to many as a tour hot spot, cage diving with Great White Sharks is one of the many possibilities in the south, and this Port Lincoln mega-mansion could host a juvenile White if it weren’t cruel and illegal.

When we plan a usual concept for a mansion, we often seek high floor-to-ceiling entertaining areas, at least a four-car garage and plenty of space for outdoor activities.

Sure, you may display a cool water feature, perhaps a pond or some maintenance aquarium with a few Clownfish. It probably doesn’t mean installing an eight-metre saltwater aquarium fit to house a quarter of the Great Barrier Reef.

This 1781-square-metre property proudly displays an aquarium where schools of fish dart around the living room, giving you the feeling you’re on vacation twenty-four-seven. Just to put this into perspective, a professional diver has to enter the tank and perform a cleaning service.

The aquarium is located in the lounge room, and delivers strong Nemo vibes.

The four-bedroom multi-level residence is located at the Lincoln Cove Marina and features a tropical indoor garden and glass aviary.

“One of the most unique properties in South Australia.”

The home was built in 1988 by Janet Forster and her husband, the late Ron Forster. No surprise, Ron held a game fishing record and pioneered tuna farming—He was a gigantic advocate of shark diving and played a big role in the industry’s growth. Of course, the aquarium was built on Ron’s aspirations to house a miniature echo system in his living room.