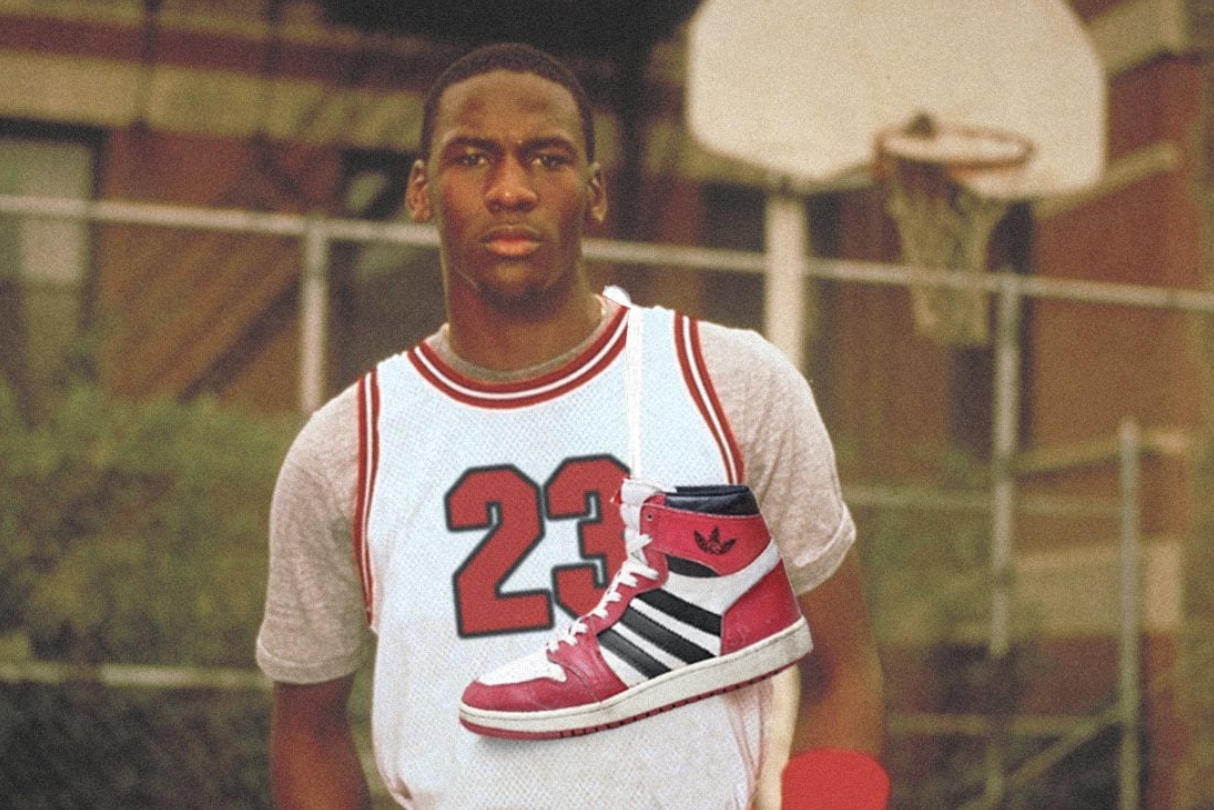 Even the headline feels wrong, but it was almost a reality.

Jordans could well have looked like the above. It’s hard to imagine Jordans without the giant tick, let alone with three stripes, it seems the raging war between Nike and Adidas was lost well before Kanye, Drake and every other athlete on the planet found themselves choosing sides. Children everywhere wearing three stripes in the streets, the mall and just about anywhere you go, it’s scary to think about what could have been.

Jordan will forever be ‘the one that got away.’

Before we all smash through both episodes of the Chicago Bulls documentary, The Last Dance, let’s talk about a young Jordan wanting to sign a deal with adidas. Yes, the goat liked Adidas more than Nike before he rose to a ‘God like’ status.

In 1984 the choice to not sign Jordan, would be a choice that would place Adidas in Nike’s shadow forever. Jordans have become a religion, and soon everyone would understand the severity of Adidas’ mistake, they turned away the messiah.

Jordan at the time, believed Adidas was offering a better opportunity to maintain control over his brand, and so, was knocking on their door to sign a lucrative partnership. Some of the board sided with Jordan, however, the higher-ups had something else in mind.

They opted to focus on signing already big-time players. The Portland Trail Blazers also made the same mistake, scouting Sam Bowie instead of Jordan in the 1984 NBA Draft, claiming only ‘seven-foot centres’ could be true superstars.

To think we could be seeing three stripes everywhere instead of a tick. Where the ‘just do it’ slogan wouldn’t be plastered everywhere, only sprinkled here and there.

Drake’s Bed Is Worth More Than A Bentley
Billions Star David Costabile Channels His Inner Wags Beating An A-List Line-up In PokerStars For Charity
%d bloggers like this: