The World According To Jeff Goldbum Is A Must Watch 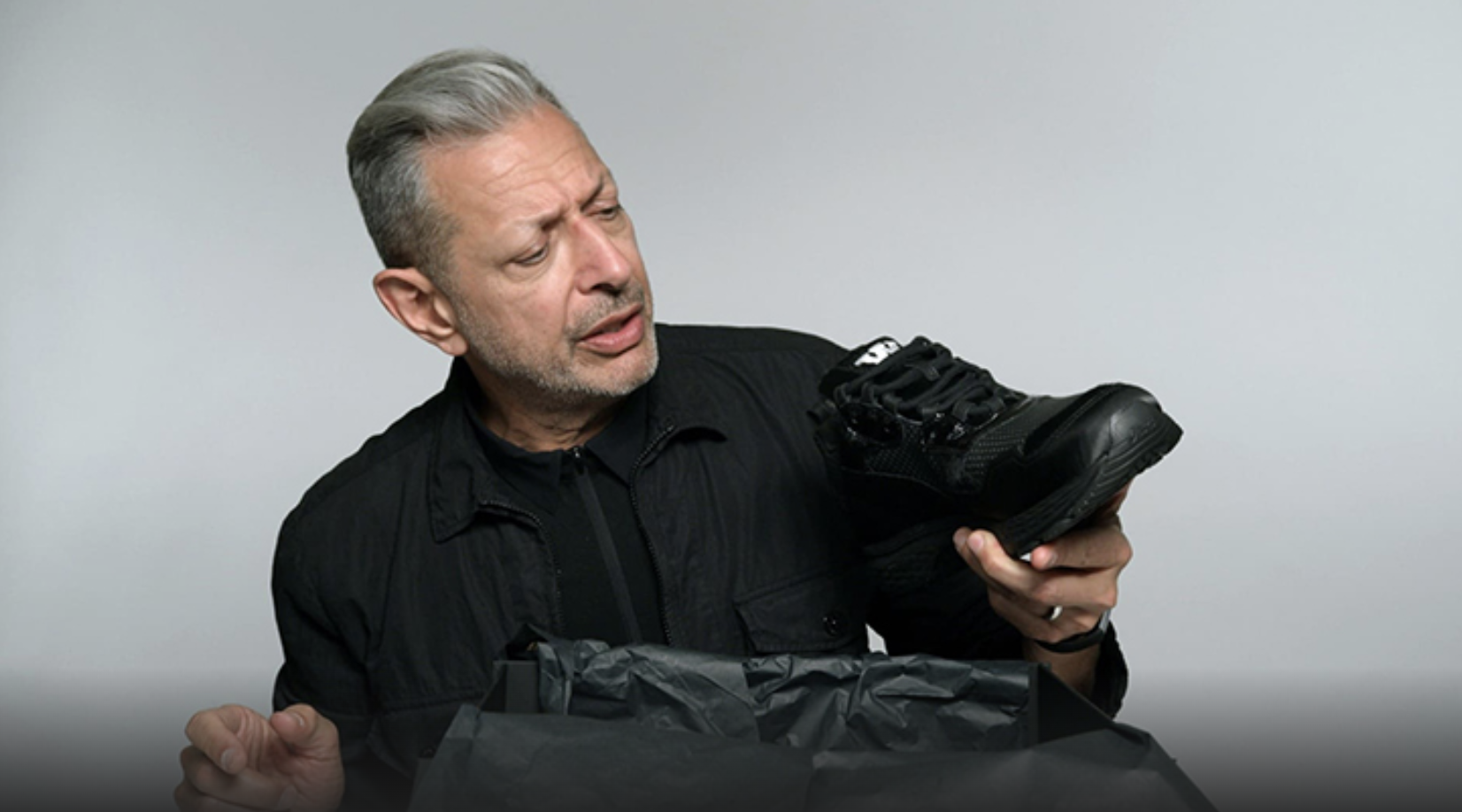 Life will find a way…

While to many, he may be Jurassic Park’s eccentric mathematician who specialises in the chaos theory, to others—Jeff Goldblum’s avant-garde approach to style and life is both puzzling and admired.

From magazines to red carpets, the elusive and inquisitive Jeff Goldblum has become a how-to-guide for many men and fashionistas of the modern world. His monochromatic eyewear, silver stubble and sleek haircuts have given new meaning to middle-age style for men all around the globe. Top that off with Goldblum’s bizarre and comedic approach to entertainment—you have yourself the perfect guide in a contemporary maze of mass production and mundane processes.

The Hollywood star is set to reprise his role as Ian Malcolm in the next instalment of the ‘Jurassic Park’ franchise. Until then, we have ourselves an intriguing and satisfying look into the world of product creation and professional industries like gaming, coffee, tattoos and dare I say it, RVs.

Goldblum ushers viewers behind the scenes to deconstruct the various processes and stages of creation in multiple professions. It’s here, Goldblum’s perception of the world—his looking glass—creates intrigue and visual gratification. Perhaps the coolest feature of the series resides in the exploration of basic yet complicated lives of those who work to produce ice-cream and coffee. Similar to Jerry Seinfeld’s Comedians in cars getting coffee, Goldblum’s approach to conversation is filled with questions, perplexing facial reactions and light humour—making the episodes easy to watch and satisfying.

Cameras delve backstage at the epicentre of Adidas’s centre of creation. Here, viewers spectate a seemingly lost and joyful Goldblum test running sneakers, observe high-tech machines and understand just how much work goes into the everyday-running sneaker. Goldblum’s inquisitive nature pulls the thread on a billion-dollar industry, taking the public to places unseen and admired by all who love sneakers and those who may not be initiated in the art of ‘sneaker freakers’.

We won’t spoil the rest of the series for you, go ahead, tackle the bizarre world of Jeff Goldblum and learn something new, even if you don’t care too much about the subject.

The new television series is available to watch via Disney+ and is brought to viewers by National Geographic.