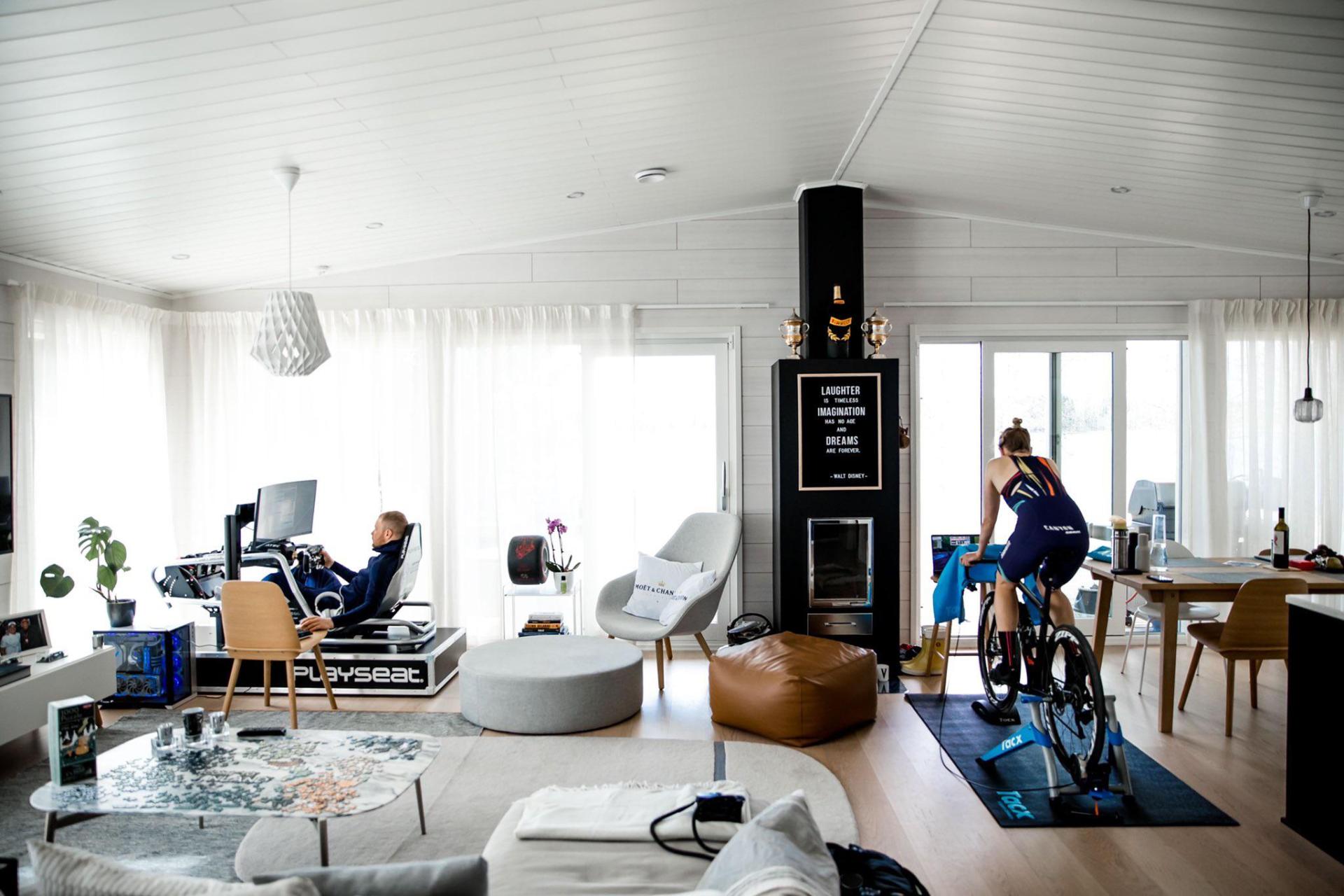 Driving in the fast lane surely pays off.

It’s no secret that Formula 1 drivers are some of the best paid athletes in the world and with such a high-risk profession it comes with a high reward. Where does it go you may wonder, where do they splash that cash. It’s a fair question because most of the drivers on the grid aren’t like other sports stars who are seen living it up through social media while we live vicariously through their luxurious lifestyles. Instead, most drivers prefer to stay silent off the track and while we might not know how they spend their time we do know where they spend their time; in multimillion-dollar mansions. Yes, in most cases, mansions plural. But we don’t blame them.

Many drivers on the grid own apartments in the heart of the motorsport hot spot in Monaco, but many also have other getaways around the world because you need somewhere to park your car around the world. Besides, why travel to your favourite city and stay in a hotel or Airbnb when you can just buy your own home? Switzerland for example is the popular spot to set a base. Amongst the picturesque snow-covered hills and impossibly green grass Sebastian Vettel and Kimi Räikkönen are living their best secluded lives (and close to each other too). While the more arguably stylish and ultimately open drivers Lewis Hamilton and our flannel shirt loving Daniel Ricciardo opted for the bustling city lifestyle of Manhattan and Las Angeles.

Whether it’s the city, lake or mountain side these views, as amazing as I’m sure they are, have nothing on the glimpse inside these mansions. So, without further ado, join us on a tour of the pads owned by some of the drivers (current and previously) on the Formula 1 grid.

The man of the hour, seven-time world champion Lewis Hamilton has collected his fair share of properties over the years. Including a Manhattan penthouse worth $58.5 million, a $23.2 million six-bedroom estate in London and one in Monte Carlo. Recently he listed his star-studded Tribeca penthouse which he bought for $44 million and actually never lived in. It’s off the market now but unknown who the lucky person was who snapped it up. Lewis Hamilton’s personal style is reflected in his homes, he rebels from the formal and sleek look for colour and fun looks. His houses are a cozy vibe of wooden interiors and soft colours, specifically his London villa where you can just imagine him living his best life in a track suit. His penthouse in New York, which by the way includes all the amenities that you could need, a swimming pool, fitness centre, squash court, library and wine cellar has more of a modern vibe yet still furnished in a signature cozy way.

Our homegrown driver from Perth owns a $16.8 million bachelor pad in Las Angeles with the iconic post code 90210. Ricciardo fell in love with LA after first visiting around 5 years ago, he told the West Australian, ‘There’s always something happening here. You will never get bored.’ And I’m sure that’s true especially in his two-storey, five bedroom, five bathroom mansion which is the pinnacle of luxury. A 1960s classic pad of floor to ceiling windows, pale wood with white exteriors and decks for days. While it does only have a two-car garage the luxurious living space makes up for the limited car spaces. Not to mention the stunning view of Coldwater Canyon and the Pacific Ocean. He’s right, he’ll never get bored.

This four-time world champion and current Aston Martin powerhouse lives a more traditional lifestyle off the grid, although if you can call owning multiple million-dollar properties traditional. We only know about his house in Switzerland which he occupies with his childhood sweetheart. A stunning white and brown paneled farmhouse in the swiss mountains, complete with green window shutters for that classic farmhouse look. His $9 million abode can be considered a frugal purchase, I mean not against the likes of us, but when you have approximately a $70 million net worth your farmhouse in the mountains can be called humble.

Valtteri Bottas, of course, owns a Finnish holiday home. Complete with a clean open-plan interior that’s easy on the eyes and dark washed paneling on the outside. It overlooks an icy lake which he of course loves to swim in, ‘Typically Finnish!’ It looks like the ultimate pad to unwind in when off the track.

Botta’s compatriot and former world champion otherwise known as “The Iceman” owns a $31 million waterside villa in Baar, a village near Zurich in Switzerland. His villa which he named ‘Butterfly’, is a vision of concrete and glass with 3,000 square feet of space complete with indoor and outdoor pools for ultimate relaxing. As well as an underground garage for up to 10 cars. And we can guess that one of those spaces is for Vettel as the ‘Butterfly’ is close to Vettel’s farmhouse. Although this isn’t a surprise since they’re pretty good friends.

Last but not least, Fernado Alonso, the ‘Spanish Samuri’ lives up to the private driver status. But we do know that when he’s not on the track he is living it up in his luxury houses in Dubai, Oxford and the popular driver destination Switzerland. There was a rumour on the grape vine that he was on the hunt for an estate in Lugano, on the Italian border of Switzerland, having previously lived in Mont-sur-Rolle. But time will tell where Fernado’s next destination property will be. The ‘Spanish Samuri’ also has a museum dedicated to his F1 career, full of cars, helmets, trophies and more… if you’re ever in Spain.

LeBron James Is Set To Become The NBA’s First Billion-Dollar Earner
Giannis Antetokounmpo: From The Streets Of Athens To Winning An NBA Championship
Loading Comments...
%d bloggers like this: